Vera Yurina
Read Bitcoin price predictions for the following days. Find out what Twitter users think about short-term perspectives of BTC. Will it hit the $4,100 threshold or continu 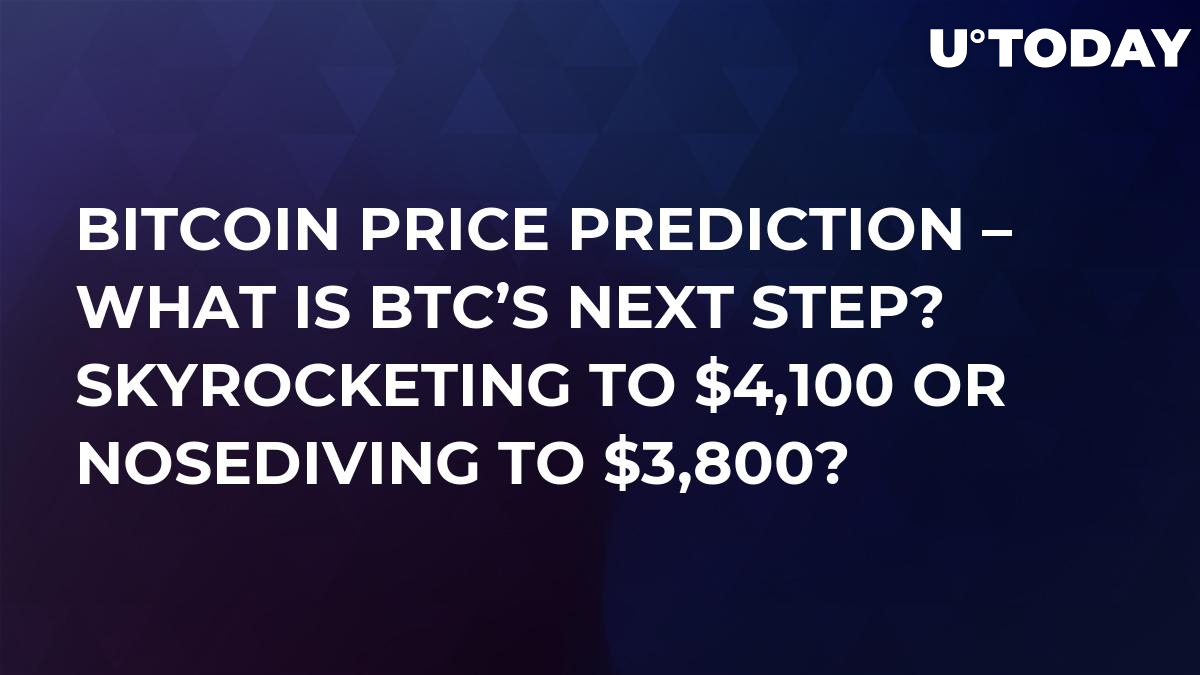 After crawling to the $4,000 mark, Bitcoin didn’t hold there for long and took a step back. Now it’s stuck for a while, but Internet users are sure it won’t last long. So, what will be Bitcoin’s next move? Will we witness it breaking resistance and reaching the $4,100 level, or is it heading towards a downtrend? Let’s see what Twitter’s little birds tell us.

Bitcoin’s on the edge of the abyss?

Like any other currency, Bitcoin’s following certain paths, and using them to predict its future steps is not hard. Look at this chart:

If Bitcoin follows the same pattern, we might see a massive fall to $3,500-3,600. That sounds pessimistic.

$BTC - the last time the Both indicators on the Weekly Stochastic RSI were topped off at 100, #bitcoin dropped almost 40% which would put the price somewhere around $2400 area... pic.twitter.com/DUkq0odcjF

Last time, when Stochastic RSI was at 40, we saw a dramatic fall. This time, fate won’t spare BTC as well. Seems like only a miracle can save Bitcoin from dropping.

BTC is to make the last dash before plummeting

Even if it seems like Bitcoin is doomed to fall, there’s one positive fact: it might not happen right now, and there’s still a chance to sell your BTC riches.

Decision time is near!
There might be a stop run ($4040) before the dump to $3800#XBTUSD #Bitcoin pic.twitter.com/aJrnhEzt9T

It’s not decided yet when exactly Bitcoin will head to its bottom. It might happen in a few days.

Some users admit the last period was very important for Bitcoin, and it has yet to make its decision (which means, it might continue growing).

Probably the most important 2 weeks for #Bitcoin in the last months. Facing the yearly downtrend channel resistance.

What if it manages to break the resistance? Let’s hope for it.

Here’s what we should keep in mind to foretell the fate of Bitcoin in the short term:

$BTC #Bitcoin 3-19-19 Daily market thoughts (Very BEARISH).....will generally only be for my members of discord. But this is the level of detail you will get daily and this is a free one.

All is not lost – Bitcoin’s future can be interpreted in different ways depending on the patterns observed and periods compared. If you’re sure it’s to fall, start selling. But even if you don’t do it on time, don’t worry – BTC will surely raise from its knees after the upcoming fall. It always does.