Bitcoin Is Trading at 600 Percent Premium on Zimbabwe LocalBitcoins

Alex Dovbnya
??‍?Foreign fiat currencies are no longer recognized as legal tender in Zimbabwe, which pushed the demand for Bitcoin through the roof?↗️ 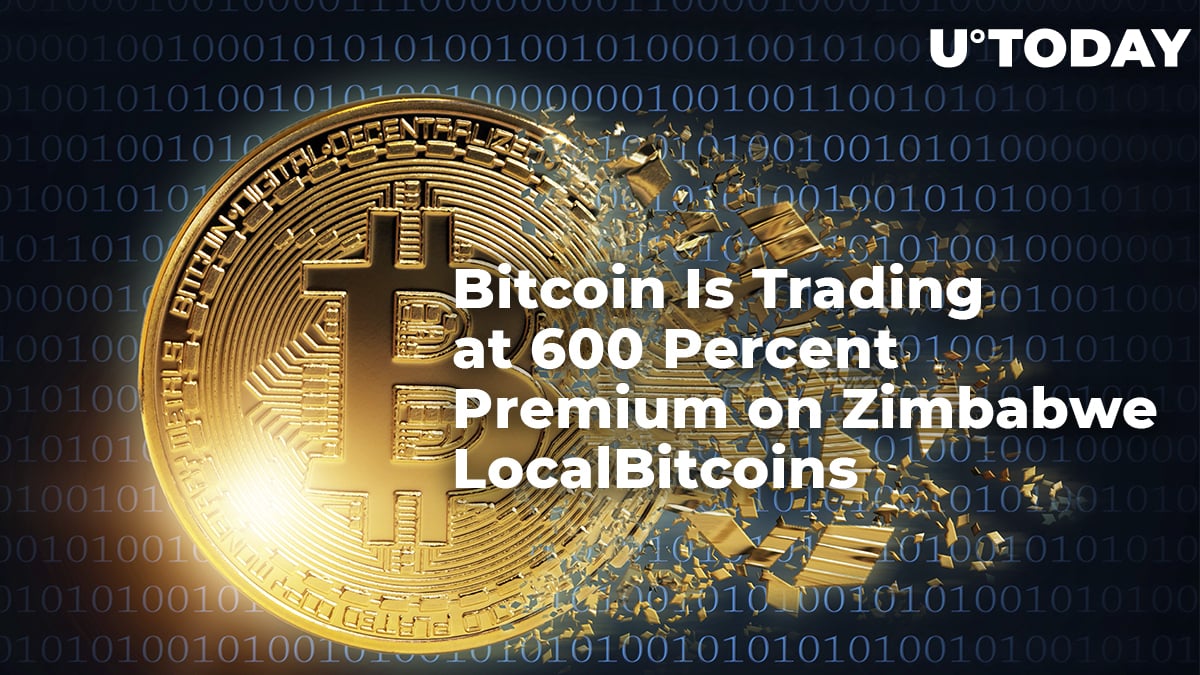 Bitcoin, the flagship cryptocurrency, is struggling to gain traction after its stellar rise to $14,000, but has already mooned in Zimbabwe without you noticing. The country’s crackdown on foreign currencies pushed the coin’s price to a whopping $76,000 on the LocalBitcoins exchange.

Related
LocalBitcoins Shuts Down Bitcoin Trading in Yet Another Country

The currency that nobody asked for

The unprecedented demand for Bitcoin comes after Zimbabweans were barred from purchasing goods or paying for services in the US dollar or any other foreign currency.

Instead, they are supposed to use the Zimbabwe dollar, which recently made a grand comeback after being ditched back in 2009 due to hyperinflation.

This U-turn caused a lot of commotion among ordinary citizens that felt once again betrayed by their government.

The Reserve Bank of Zimbabwe prohibited Bitcoin payments back in May 2018 due to the “destabilizing effect” of crypto on the country’s economy. LocalBitcoins, the leading P2P cryptocurrency seemed like a perfect way to circumvent the ban.

Bitcoin as a safe haven

Bitcoin has already cemented its status of a global hedging asset as its popularity continues to surge in multiple countries that experience economic woes. As reported by U.Today, LocalBitcoins trading volumes were on a tear in countries like Venezuela and Argentina.

Chinese citizens, who were caught off guard by escalating trade tensions with the US, were reportedly behind Bitcoin’s price surge in the second quarter.