Alex Dovbnya
When it comes to choosing between gold and Bitcoin, Mike Novogratz believes that you can have both 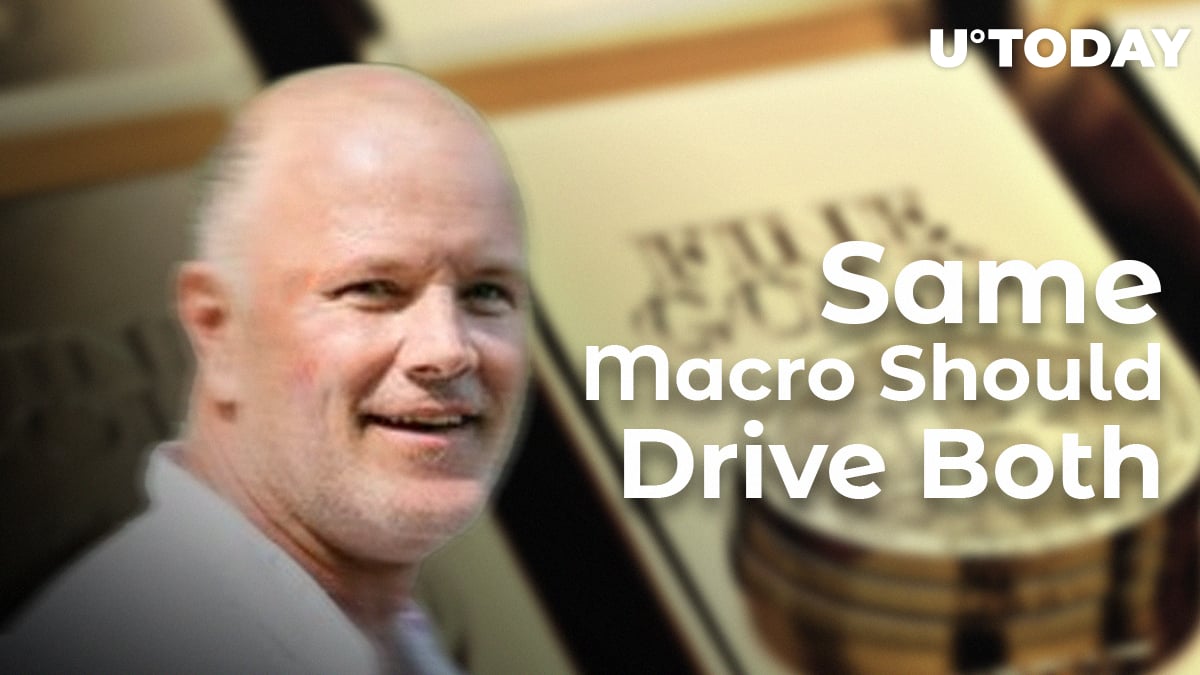 Galaxy Digital CEO Mike Novogratz has recently taken to Twitter to weigh in on the everlasting Bitcoin vs. gold debate. The crypto boss says that he's long on both of these assets, and he believes that they should be driven by the same macroeconomic factors.

I like long gold and long $btc. $btc will be a lot more volatile. But same macro should drive both. https://t.co/JY9lD6Ikkd

Novogratz responded to the tweet posted by VanEck's digital asset strategist Gabor Gurbacs where he opined that real Bitcoiners should appreciate gold in the wake of an "ill-informed" Grayscale commercial.

ANNOUNCEMENT: Our second commercial goes live TODAY as we double down on #DropGold with our next chapter of educating investors about the investment-case for #Bitcoin and $BTC access products like $GBTC: https://t.co/k4v29jjob9

Related
Forbes: Bitcoin Is the New Gold, $10,000 Not a Hard Target in 2019
Euro Pacific Capital CEO Peter Schiff was quick to react to the second wave of Grayscale's anti-gold push, predicting that it could end up being "one of the worst timed" financial ever. He didn't mince words for Bitcoin, calling the top coin "a mere footnote in financial history" and "fool's gold."

This will go down as one of the worst timed financial ads of all time. Gold will continue to shine as Bitcoin losses its fake luster. It will dominate the global financial system long after Grayscale has filed for bankruptcy and Bitcoin is a mere footnote in financial history.

As reported by U.Today, the vocal Bitcoin hater forecasted that the price of Bitcoin could drop to as low as $200.

Would you still buy gold while owning Bitcoin? Share your take in the comments!