Alex Dovbnya
Ethereum is two times larger than all other ecosystems combined, but Omni boasts the biggest top project 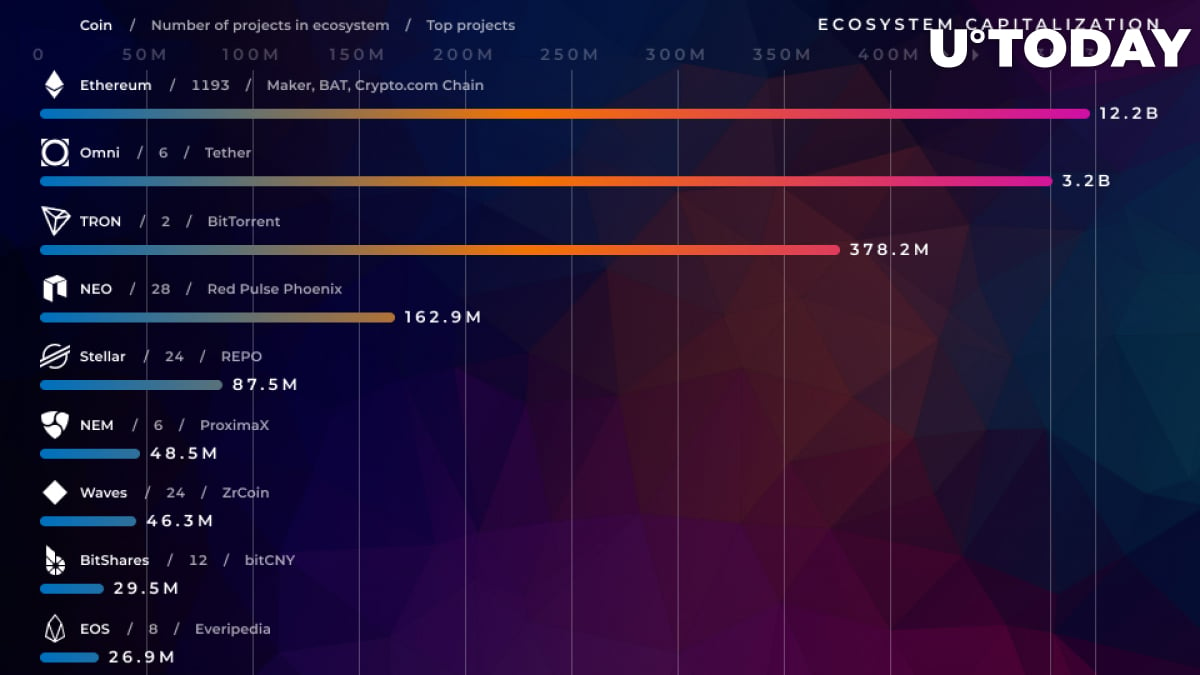 In its latest study, cryptocurrency research firm DataLight examines the biggest cryptocurrency ecosystems. Ethereum, which boasts an eye-popping $12.2 bln ecosystem is in a clear lead with 1,193 projects under its belt.

Top put this into perspective, Maker, the most successful Ethereum-based cryptocurrency,  alone has a market capitalization of $736.5 mln, which is higher than eight out of ten ecosystems on the list. The same is true for BAT and Crypto.com Chain – both of these projects are on the CoinMarketCap top 30 list.

Omni Layer is a meta-protocol that is built atop of Bitcoin. While the ecosystem has six projects, USDT Tether, the flagship stablecoin, is almost fully responsible for its $3.2 bln market cap. Omni (OMNI) is worth slightly more than $1.2 mln.

Similarly to Omni, the Tron ecosystem is also a one-coin band. BitTorrent, the native token of the legendary P2P file sharing protocol of the same name, has a market cap of $350 mln. This alone makes Tron the third largest ecosystem.

NEO, Stellar, and NEM are also among the top five biggest ecosystems. Notably, EOS, the sixth biggest cryptocurrency, has a rather tiny ecosystem with Everipedia, the Blockchain-based encyclopedia, being the only notable project that operates on its platform.