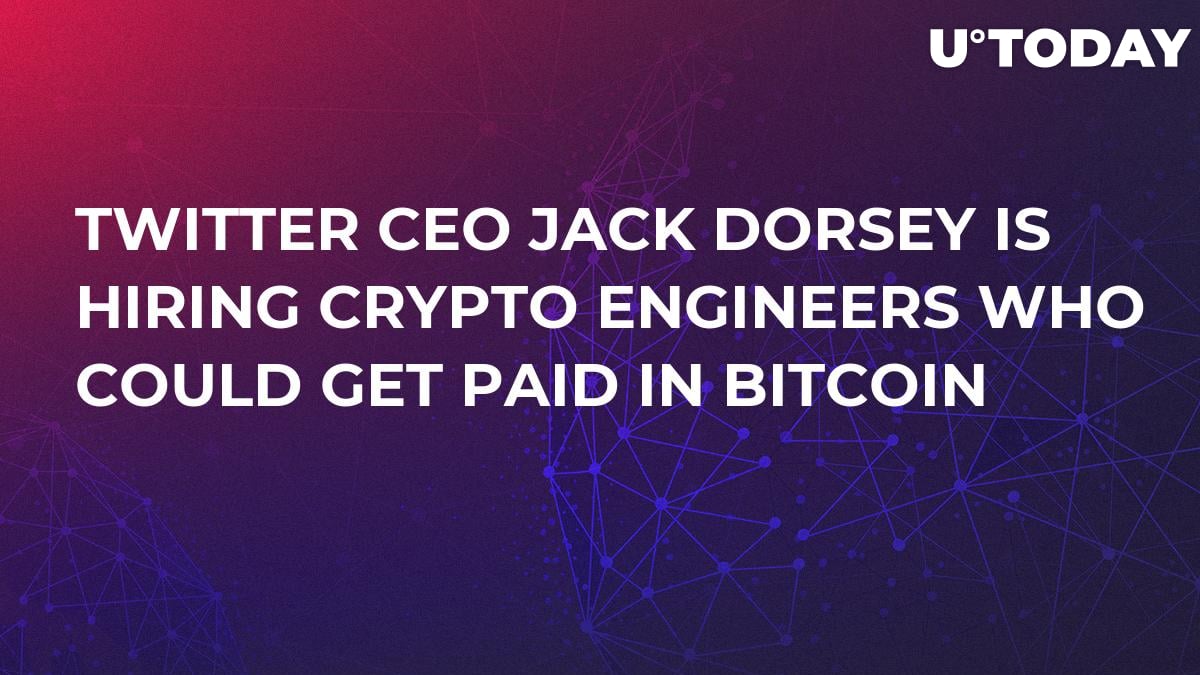 Twitter CEO Jack Dorsey is hiring cryptocurrency engineers who will be paid (you guessed it) in Bitcoin. He called the Bitcoin community ‘principled’, ‘purpose-driven’, and ‘edgy.’

#BitcoinTwitter and #CryptoTwitter! Square is hiring 3-4 crypto engineers and 1 designer to work full-time on open source contributions to the bitcoin/crypto ecosystem. Work from anywhere, report directly to me, and we can even pay you in bitcoin! Introducing @SqCrypto. Why?

Related
XRP Investors Being Targeted by FUD-Spreading Bots on Twitter

Square is currently looking for three or four cryptocurrency engineers who could choose Bitcoin as their payment option. This is a remote job, so those who will be lucky to join the Square team will be able to work from anywhere in the world and report ‘directly’ to Dorsey. In such a way, Square wants to display its gratitude to the global open source community.

Square has taken a lot from the open source community to get us here. We haven’t given enough back. This is a small way to give back, and one that’s aligned with our broader interests: a more accessible global financial system for the internet.

He went on praising the community and the technology behind the number one cryptocurrency. The Twitter boss also couldn’t resist the temptation to compare Bitcoin to the early days of the Internet.

I love this technology and community. I’ve found it to be deeply principled, purpose-driven, edgy, and…really weird. Just like the early internet! I’m excited to get to learn more directly.

Related
The Latest Bitcoin Price Forecasts from Twitter: The Good, the Bad & the Real About BTC

As reported by U.Today, Dorsey has been a long-time Bitcoin proponent. During a Joe Rogan podcast, he claimed that BTC would become the only currency on the Internet. He later reiterated his bullish stance on Bitcoin while snubbing other altcoins (namely, Ethereum and Tron). It is worth reminding our readers that Bitcoin remains the only payment option on the Square app.

Dorsey revealed that he buys $10,000 worth of Bitcoin on a weekly basis. In order to store that amount of BTC, he recently bought Trezor, one of the most popular hardware wallets.