The Latest Bitcoin Price Forecasts from Twitter: The Good, the Bad & the Real About BTC

Vera Yurina
Short-term Bitcoin price analysis from Twitter users. Is the bearish market over? What to expect from BTC performance in the nearest future? 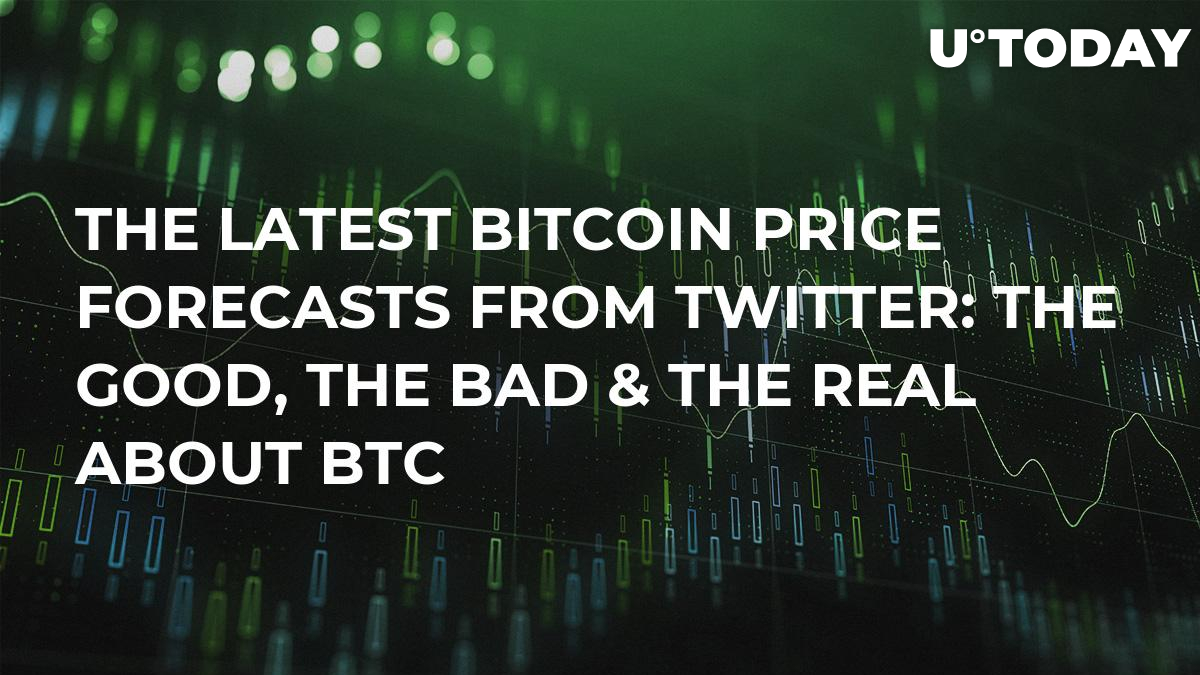 Bitcoin is a crypto celebrity: its every movement is always under the spotlight. Twitter is full of posts and comments about BTC prospects. Both famous crypto pundits and unknown enthusiasts come up with ideas and theories. Let's check out what they think about the nearest future of Bitcoin and its price.

A lot of Twitter users agree that Bitcoin needs to reach the $4K threshold to gain momentum. Just look at it:

$BTC - keeping things in perspective, #bitcoin still needs to break vertical resistance here at $4k then break first horizontal resistance $4114 and then after bounce resistance top at $4240... then we can talk about a real trend change otherwise lower highs are still in play... pic.twitter.com/f6UbM060Dt

On February 18th, Bitcoin finally reached the $4,000 target, and it split crypto enthusiasts into two camps. Like it was stated in the previous tweet, some users are sure that BTC will continue growing from now on.

The second half of users are sure it’s a trap:

#Bitcoin Boom! Hit the exact target I said we would.

UNLESS a FAKEOUT #bitcoin began its new bull run at the lower arrow point, but very importantly CONFIRMED it at the upper arrow point. I'm sure many are in #disbelief right now, but that is normal after a long bear market. #bullrun #XRP #TRON #IOST #TRX #notfinancialadvice #DYOR pic.twitter.com/zRG9YqeoRx

On February 20th, the world has witnessed the largest amount of Bitcoin trading:

Today was the highest $BTC / $USD volume ever. More #bitcoin were traded today than the duration of any other day in history. pic.twitter.com/yUu0XgGk6P

One explanation was provided by DataLight:

In the last 12 months, the average value of a #bitcoin transaction didn't change much. That's why the increasing sum combined with the booming daily number of such transactions makes us believe there’s some big money entering the market right now. pic.twitter.com/RwgD9JlHoj

This is what has partially triggered Bitcoin’s growth. However, there are many factors contributing to BTC recovery. For example, Twitter user @AlecZiupsnys came up with a Bitcoin prediction of $50,000. His forecast is based on such facts as:

Thus, the situation is quite questionable. From one point of view, Bitcoin might be starting to gain in value. From another – it might be a temporary situation.

Sooner or later, Bitcoin should gain in value because it renders a lot of benefits. Even Elon Musk has admitted it makes more sense than paper money:

.@ElonMusk, CEO and founder of @SpaceX and @Tesla, stated #bitcoin is “a far better way to transfer values than a piece of paper.” SEE MORE: https://t.co/4T6FtUx9bJ pic.twitter.com/tGc7dhCom2