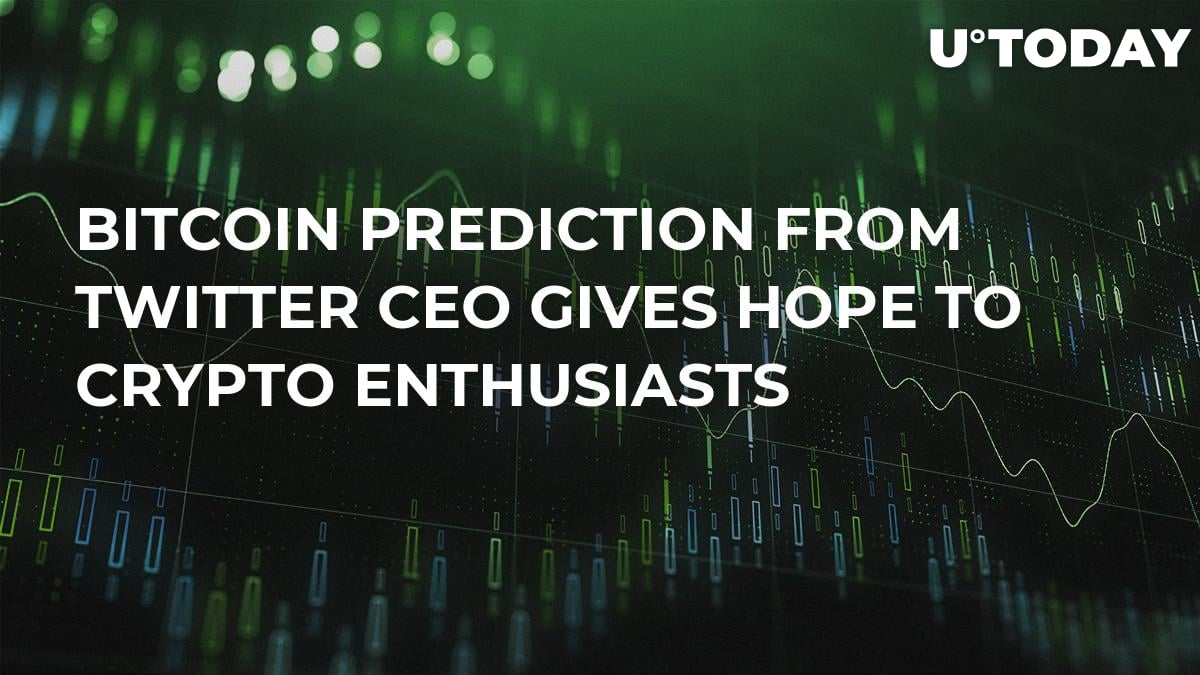 Bitcoin, after its steep decline in 2018, has become a punching bag for crypto critics. However, Twitter CEO Jack Dorsey has made it clear that he’s not on their team by stating that Bitcoin will ‘probably’ become the currency of the Internet.

During a recent Joe Rogan podcast, Dorsey weighed in on a variety of topics, including the infamous Infowars exodus. His most notable remark for crypto enthusiasts, of course, pertains to the future Internet currency. He is certain that there will be one, and Bitcoin appears to be the most likely contender to take this title. All odds are stacked in its favor: Bitcoin was born on the Internet and was also tested on the Internet. U.Today previously reported that the world’s flagship currency turned 10 on Oct. 31.

Bitcoin, according to Dorsey, could be become the world’s single currency in only 10 years (or even less). Not surprisingly, that prediction resonated with many influential crypto figures, including Binance CEO Changpeng Zhao.

Mobile payment company Square allowed merchants to accept Bitcoin back in 2014. In August 2018, Square's Cash App rolled out support for BTC trading in all 50 states. The startup's Bitcoin-related revenue amounted to $43 mln in Q3 2018. In December, Cash App surpassed PayPal as the most popular free financial app in the Play Store.

BTC remains the only coin supported by Square, and Dorsey has indicated that it’s his cryptocurrency of choice.