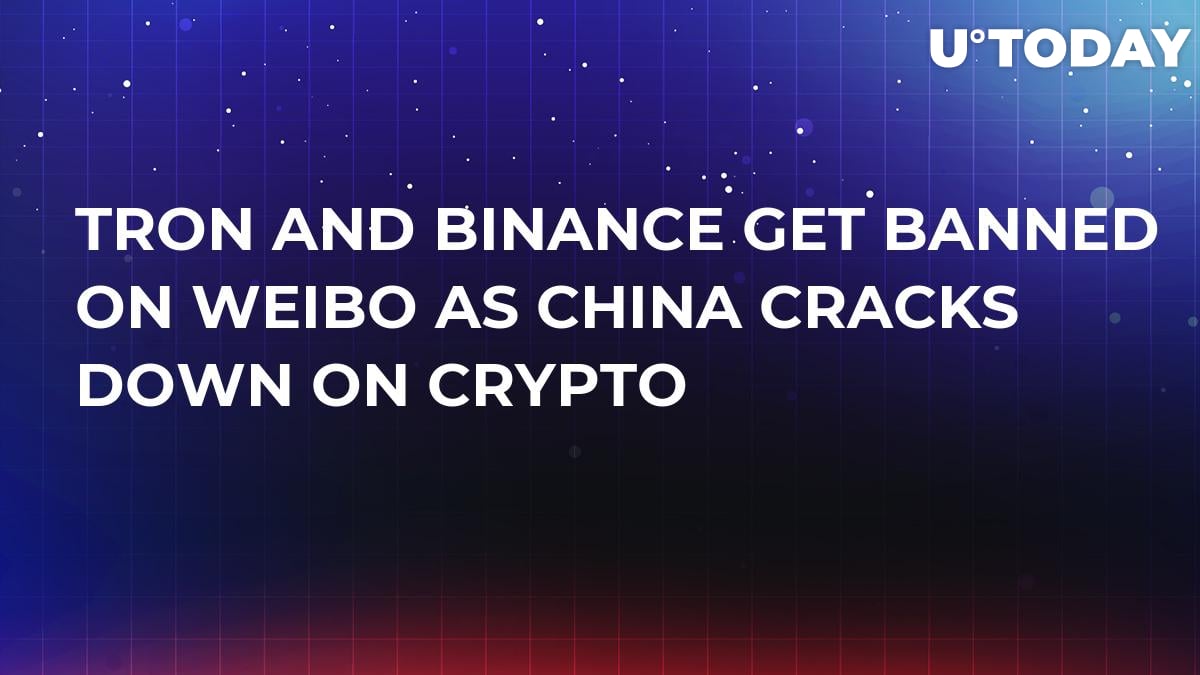 According to Dovey Wan of Primite Ventures, the official account of the Tron Foundation has been banned on Weibo, the biggest social media network in China with more than 400 mln active monthly users. This comes after Binance, the number one exchange in the world, suffered the same fate.

Notably, the accounts Huobi and OKEx, two huge exchanges of Chinese origin, are so far up and running.

Weibo claims "violation of law and regulation" is the reason for the ban, but "China's Twitter" failed to give any addition information on recent account suspension.

Wan suggests that this clampdown serves as yet another confirmation of China's' "Blockchain, not Bitcoin" narrative.

China has been dominating cryptocurrency headlines after President Xi Jinping officially embraced the blockchain technology despite banning Bitcoin back in September 2017. However, many falsely assumed that the communist state would also be ready to open its arms for cryptocurrencies that it is not able to control.

Earlier today, Changpeng Zhao, the CEO of Binance, confirmed that they had no plans for a Beijing office, dismissing numerous news reports as rumors. The Malta-based exchange left China in the wake of the Bitcoin ban, and it is yet to celebrate its homecoming.

Back in October, Binance launched P2P trading in China, which might have drawn the ire of local regulators. Meanwhile, Tron has fallen out of China's good grace after local authorities allegedly started investigation into Tron CEO Justin Sun in July.

Notably, both CZ and Sun can still use their personal Weibo accounts.