Alex Dovbnya
China is gradually warning to the crypto industry. Does it mean that the infamous Bitcoin ban could be lifted? 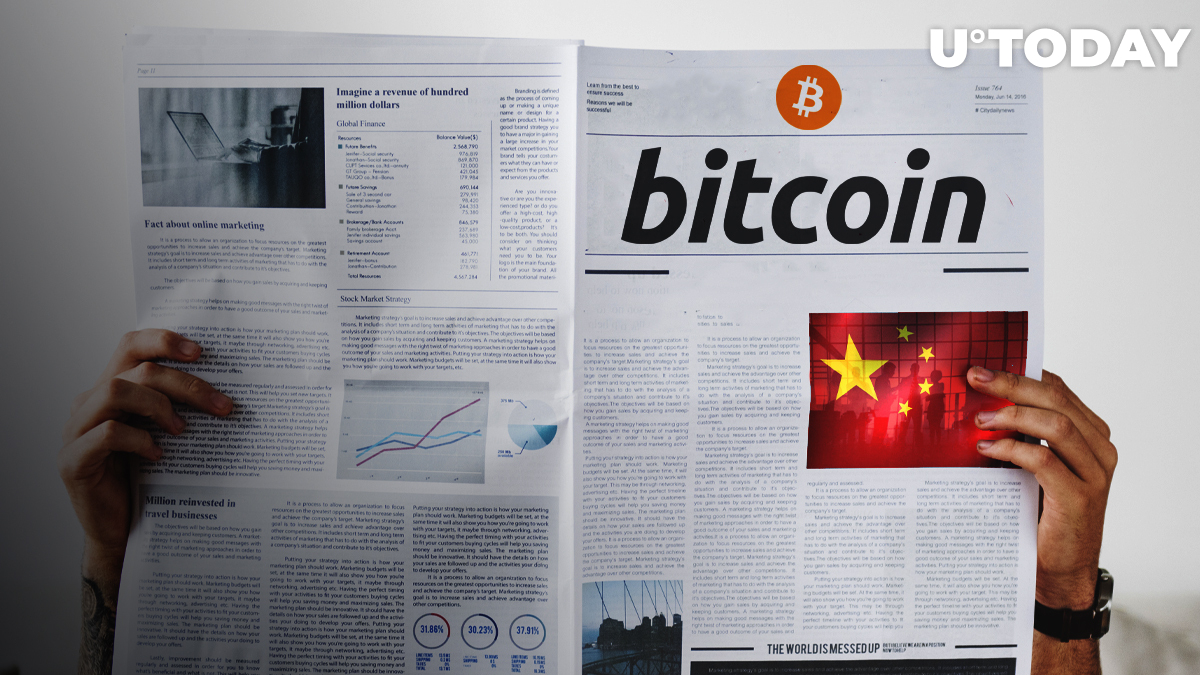 The lengthy article explains the main peculiarities of Bitcoin, an open-source P2P cryptocurrency, describing how BTC transactions and mining work.  It also mentions that the price of the top cryptocurrency tends to fluctuate a lot, and it's difficult to ensure its stability. However, Xinhua falsely claims that the main use cases of Bitcoin are black market transactions.

Related
EOS Remains in First Place on China's Updated Crypto Rankings. What About Tron, Ethereum and Other Coins?

Xinhua is not the only state-run newspaper that recently embraced Blockchain. As reported by U.Today, The People’s Daily, the official mouthpiece of the Communist Party of China, recently called Blockchain "a breaking point" for the country to overtake.

The renewed interest in Bitcoin and Blockchain comes after China's President Xi Jinping publicly embraced the technology, describing it as a major opportunity that the communist state should seize.

In the meantime, China's central state planner has removed Bitcoin mining from the list of the industries it wants to eliminate.

With a flurry of positive news coming out of China, it is not far-fetched to assume that the country might finally lift its controversial ban on Bitcoin that was imposed back in September 2017.

Binance CEO Changpeng Zhao said that 1.4 billion people (the current population of China) were working on pushing the Bitcoin price to $16,000.