Denys Serhiichuk
Which top coin is likely to show the biggest growth against the bearish market mood? 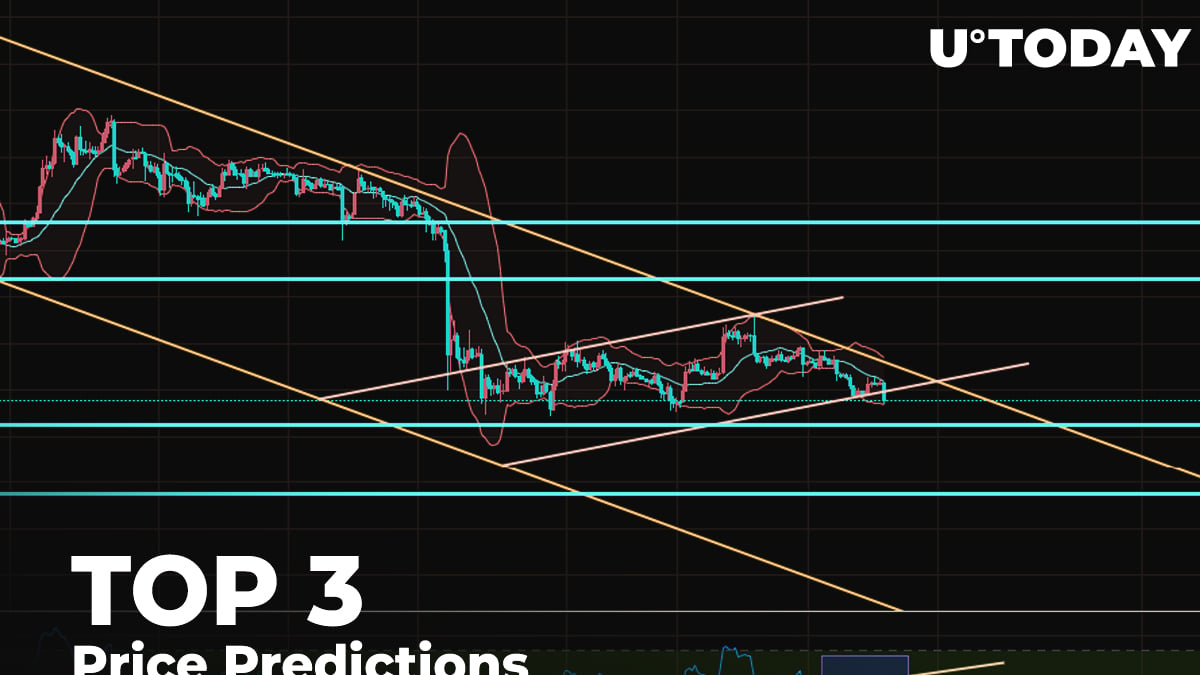 After yesterday's growth, cryptocurrencies are coming back to their previous levels. Buyers are not strong enough to support the market in a bullish trend, and even Bitcoin is still not ready to move up.

At the same time, XRP is looking interesting, where a reversal pattern is being formed. The price of the coin is ready for a new wave of growth in case of a breakdown of resistance. Moreover, the third most popular crypto is the top gainer today, as its rate has increased by almost 4% over the last day.

The key data of Bitcoin, Ethereum, and XRP are looking the next way.

Our earlier Bitcoin price prediction came true earlier than predicted. The price of the chief crypto has plummeted by $100 just in one hour.

On the 4H chart, the price tried to test the support area after the rebound. The current structure should be considered as a descending 'Flag'. In the case of closing below the level of $7,630, the model is expected to complete and quotes fall to the level of $6,875.

A breakdown of this area will indicate a decline to the level of $5,750. The shift of RSI values under the support line indicates a high probability of further downward movement.

Bears provoked another rebound from moving averages, which indicates the presence of sellers in the market, despite an attempt to grow a week earlier.

Analysis of the 4H chart indicates a potential drop to $146. The price will likely test the $120 area, where the lower border of the downward channel is located. The formation of a reversal model on the RSI is in favor of such a scenario.

XRP is the biggest gainer today as compared to Bitcoin and Etheruem. Its rate has increased by 3% at press time.

On the 4-hour chart, XRP has been moving in the uptrend since early October. At the moment, quotes are testing the support area, where the indicator signal lines are located. One should expect a rebound from them and continued growth to the first target at $0.32.

Confirmation will be a breakdown of the upper boundary of the downward channel and consolidation above the level of $0.30.