Denys Serhiichuk
Is there a chance for the market to remain bullish? Are the bears now in control? 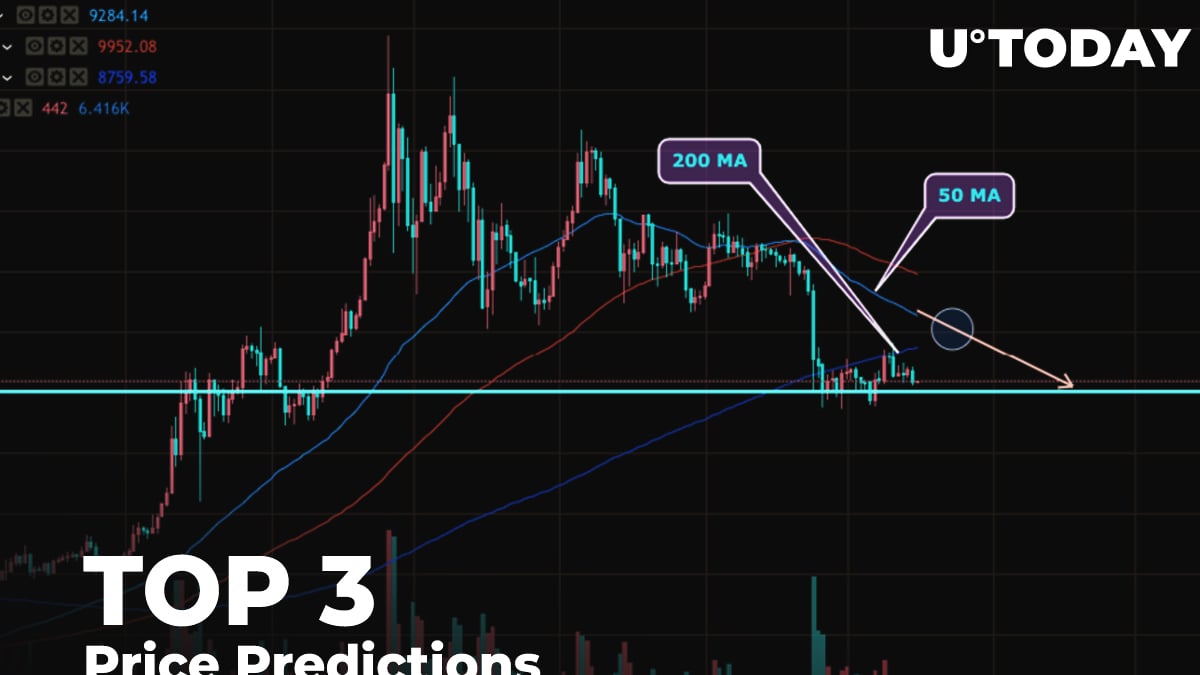 The cryptocurrency market did not show any revival even in the short-term. Yesterday, Bitcoin continued its fall, and its price is currently sitting below the $8,200 level. Most of the top altcoins have followed the price movements of the leading crypto (save for Bitcoin SV whose price has increased by 6.44% over the last 24 hours).

The key indicators of Bitcoin, Ethereum, and XRP are looking this way.

Bitcoin is moving according to our yesterday's price prediction, and the expected level of $8,000 will be reached soon.

On the one day Bitcoin chart, the top coin is forming the death cross pattern as the daily 50 MA is about to cross the 200 MA. Having analyzed the historical data, last time there was a death cross, the BTC price dropped to the $3,000 mark.

Related
Bitcoin (BTC) Price Analysis — Holding the $8,300 Support But Likely to Go Down

If such a situation happens again, one is likely to see the leading crypto dropping to $8,000 or even below this level in mid-November.

Ethereum is the biggest loser today out of the top 3 coins. Its price has decreased by almost 3% over the last 24 hours.

Ethereum has found support at $177 - the level ETH has bounced off many times. Even though the long-term forecast remains bearish, the coin might show a slight rise shortly. Such a bullish tendency is confirmed by the MACD indicator which has recently turned green.

Moreover, Ethereum is forming the triangle pattern with the high point at $184. This level might be reached in a few days.

XRP is trading in line with our recent forecast after the coin failed to fix above the $0.29 level. Its price has gone down by 2.54% over the last day.

On the four-hour chart, XRP is looking exhausted. The recent price rise was not accompanied by an increase in trading volume. Thus, the line of RSI is moving down. At the moment, there are no signals that might indicate the growth either in the short or long-term scenarios. Summing up, XRP seems positioned to achieve the $0.28 mark by October 20.