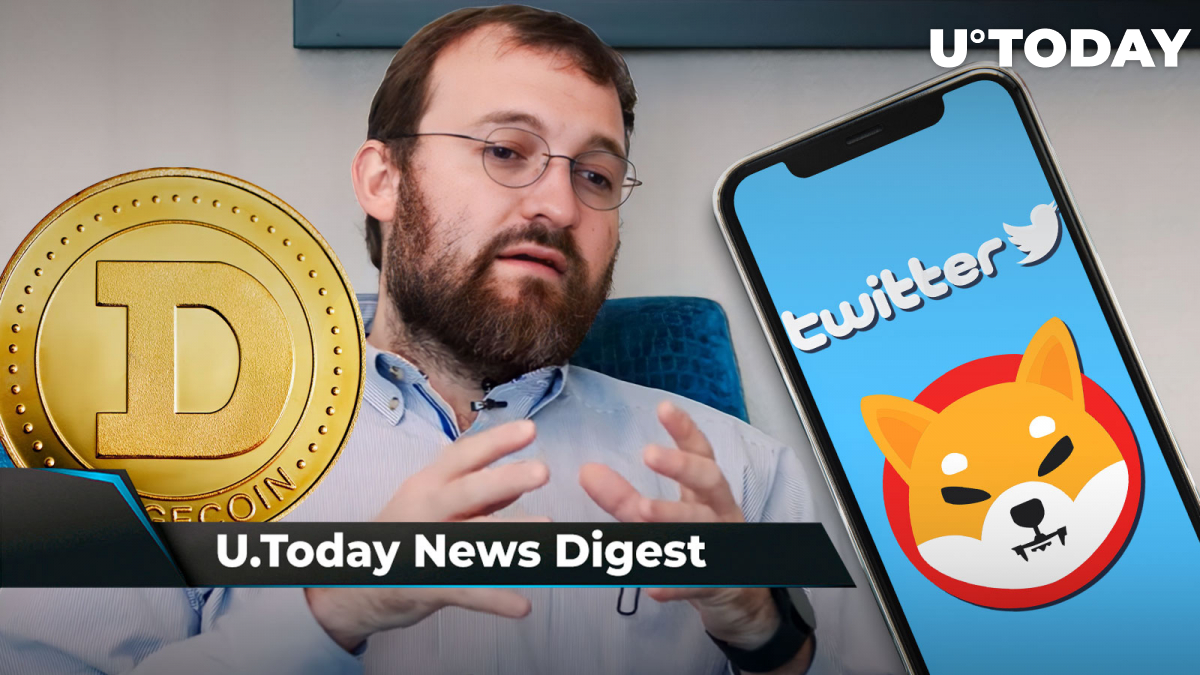 Let’s see what the last weekend of the month has brought us in terms of crypto news with U.Today’s top four stories.

On Friday, the official Twitter account of Shiba Inu posted a teaser tweet, saying “Shib is…” suggesting that its followers share what the SHIB token means to them. The tweet quickly gained traction among the SHIB army, gathering 5,053 comments with a variety of responses, such as “Doge killer,” “hope,” “the best cryptocurrency,” etc. The official Twitter handle of Shiba Inu frequently posts updates about the SHIB ecosystem and hints related to its metaverse. Meanwhile, major long-expected Layer 2 upgrade “Shibarium” is still incomplete and has not been launched yet, despite users continuously asking “wen Shibarium?”

According to an official announcement, SWIFT, a global financial messaging service, has accepted its community request to start ISO 20022 migration in March 2023. ISO 20022 is a global data standard for modern payment messaging between financial institutions and payment systems. While most payment systems in both Europe and the U.S. plan to migrate to this standard either in spring 2023 (the ECB, Clearing House Automated Payment System [CHAPS], FedNow) or spring 2025 (Fedwire), RippleNet network was designed from the start with ISO 20022 standards in mind. In 2020, Ripple joined the ISO 20022 Registration Management Group (RMG) standards body, becoming the first member focused on Distributed Ledger Technology (DLT).

Elon Musk's finalization of his Twitter purchase has caused quite a stir around Dogecoin and its potential adoption by the social media giant. Following this, Cardano founder Charles Hoskinson created a poll, asking his followers whether he and his team should pitch to Twitter post-quantum ultrafast DOGE on Cardano and create a new use case for the meme coin. Although 80% of participants voted in favor of the initiative, not everyone liked it, in particular Dogecoin’s Billy Markus. In his response to Hoskinson, Markus called the Cardano creator “#massivehypocrite,” asking him whether he suddenly stopped hating DOGE. Back in April 2021, Hoskinson recorded a video in which he extremely harshly called DOGE a bubble.

According to the Shibburn website, on Saturday, Shiba Inu’s burn rate increased by 443%, with only 14 million SHIB burned the day before. Meanwhile, the price of the Dogecoin competitor reached its highest value in over six weeks — $0.00001283. A year ago, on Oct. 28, 2021, Shiba Inu spiked in an impressive bull run to touch all-time highs of $0.000088. Despite its impressive move, SHIB remains down 86% from its all-time highs, trading similarly to other cryptocurrencies that have been hit by bearish market conditions. At the time of writing, SHIB is changing hands at $0.0000123, down 1.26% over the past 24 hours. Shiba Inu also reclaimed the position of 13th largest cryptocurrency.