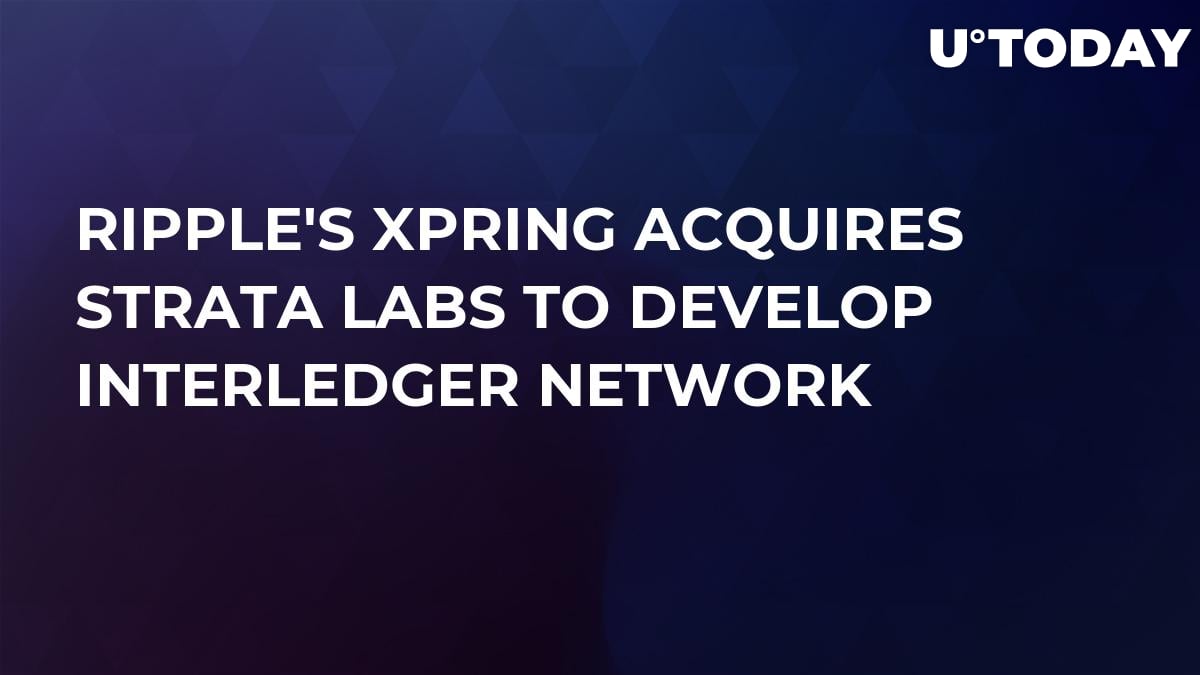 Ripple's investment arm Xpring has just announced the acquisition of Strata Labs, a little-known startup that works on the development of the Interledger (ILP) network.


Related
Ripple to Increase Collaboration with US Financial Regulators

A perfect fit for Ripple

Strata Labs is run by Austin King and Dino Rodriguez, two visionaries who started working on their first cryptocurrency startup while still at school. The two created a new company that would allow them to unlock the whole potential of the ILP network.

Eventually, Austin and Dino decided to dedicate their time to building ILP infrastructure through Strata Labs — a startup focused on building infrastructure and real utility at the intersection of fintech and cryptocurrencies — which we invested in alongside General Catalyst and others.

Following the acquisition, the two-strong team will be moving to Xpring's San Francisco-based office.

As reported by U.Today, Xpring also bought Equilibrium Connect at the beginning of August in order to streamline the adoption of Interledger. Now, it plans to open-source Strata’s proprietary code to allow developers to work on their own projects on the ILP network.

This demonstrates yet another way that Xpring, the open platform for money, is providing developers with the tools, services and programs to make it easier to build on the XRP Ledger and leverage ILP to realize the internet of value.

Earlier today, the XRP Army spotted a Ripple-related video on Justin Bieber's Instagram. It is worth noting that Ithaca Holdings, which is helmed by Bieber's manager Scooter Braun, received a sizeable investment from Xpring. Braun praised Ripple back in June with the #xrpthestandard hashtag.