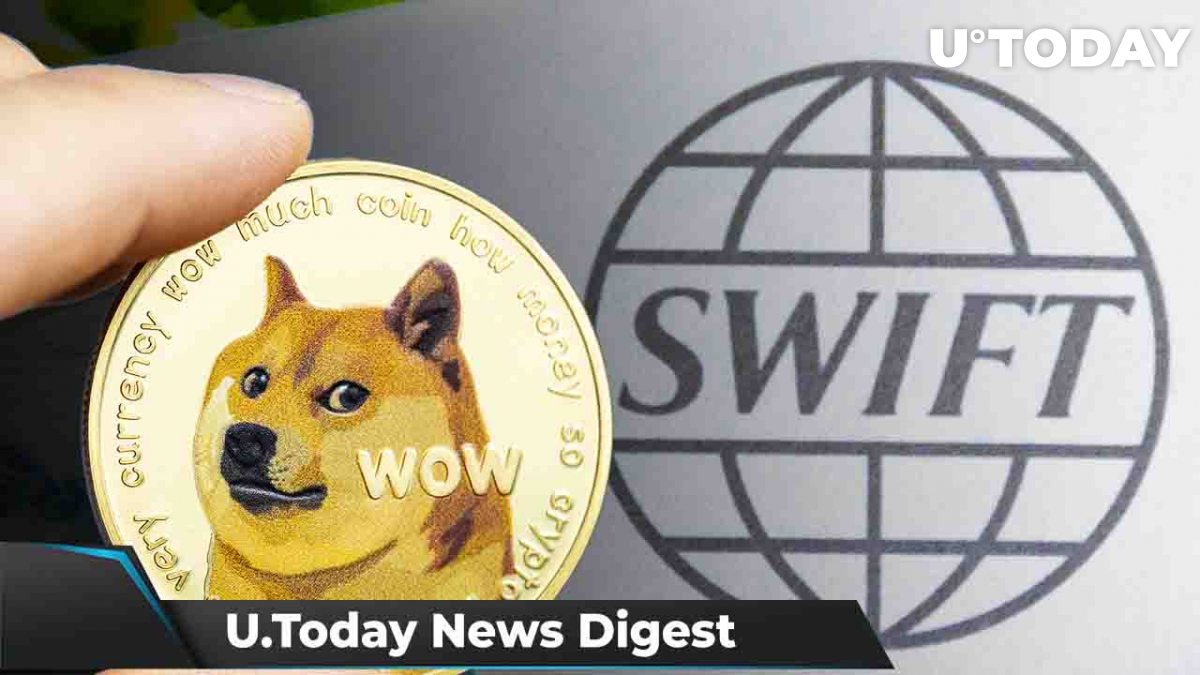 In its recently-released “A Practical Guide for Arab Central Banks,” the Arab Monetary Fund has listed RippleNet as a direct alternative to SWIFT. The document advises Arab central banks to improve their "messaging protocols" using systems such as SWIFT GPI and RippleNet. This comes just two days after the news of Ripple partner The Clearing House, collaborating with Wells Fargo to produce an alternative payment system to SWIFT.

What is the connection between Elon Musk’s tweet about turning the other cheek to an aggressor and Dogecoin? Most people would be caught off guard with this question, except for one Twitter user. On Saturday, the head of Tesla shared his thoughts on this biblical concept with his followers, which inspired Twitter user @greg16676935420 to find a hidden DOGE-related message in the centibillionaire's post. Greg jokingly assumed that Musk hid the following among the words of this tweet: “DOGE is powerful.” The post quickly went viral, hitting over 3,000 likes.

According to WhaleStats data, Shiba Inu is back on the list of the top 10 crypto assets actively purchased by the largest 100 Ethereum investors. As tweeted by the tracking service, SHIB has also become one of the most used smart contracts by ETH whales. In terms of USD value, however, Shiba Inu is currently second after FTX Token (FTT) on the list and third after Ethereum.

Cardano is seeing accelerated adoption for DeFi protocols, as per popular community-driven account @cardano_whale. At the moment, Charles Hoskinson’s brainchild registers the largest increase in total value locked (TVL) across all top-tier DeFi protocols, which allows it to control 0.2% of the global DeFi ecosystem. Hence, Cardano is about to surpass Optimism, a mainstream L2 solution for Ethereum (ETH) scalability based on optimistic rollups.