Ripple CEO Doubles Down on His Criticism of JPM Coin

Alex Dovbnya
??However, Brad Garlinghouse does appreciate the fact that the likes of JPMorgan are dipping their toes into crypto 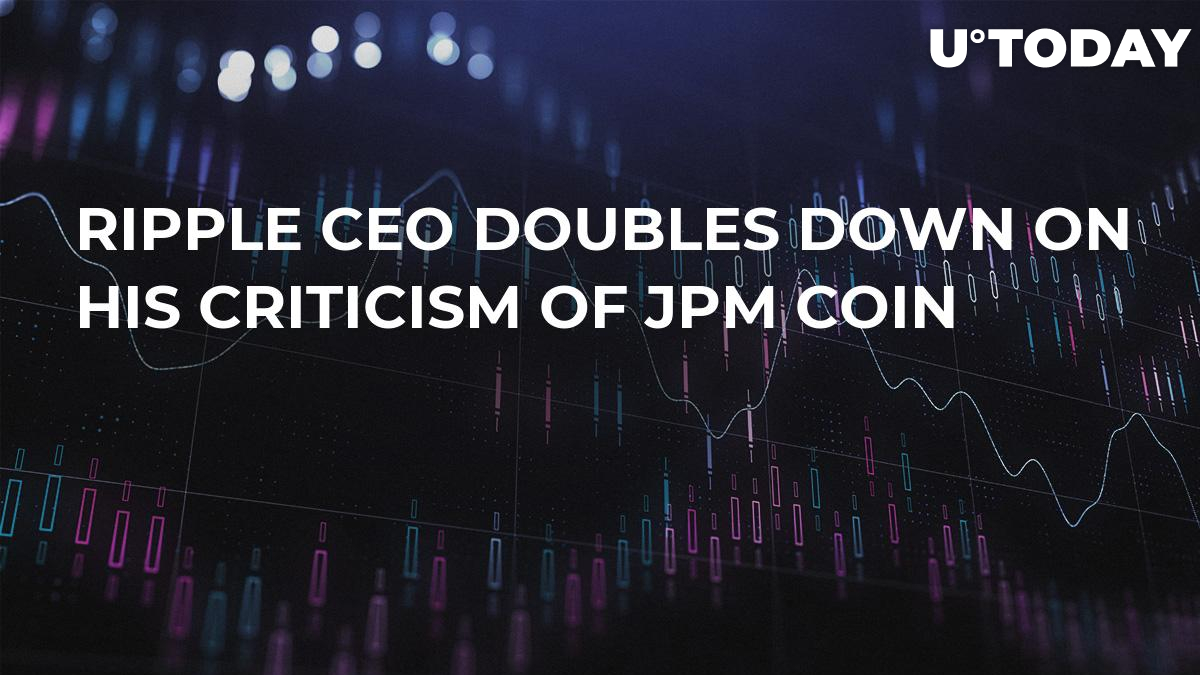 Brad Garlinghouse, the CEO of cross-border payment giant Ripple, has weighed in on JP Morgan’s USD-pegged stablecoin, again. While he had some words of praise for JPM Coin, he generally dismisses the idea it has the potential to be adopted by banks.

During DC Blockchain Summit that took place on Dec. 6, the question about JPM Coin was unavoidable. When asked about JP Morgan’s foray into crypto, Garlinghouse claimed that the new coin is ‘great’ for the whole industry in a sense that the largest bank in America with a market capitalization of $384 bln is interested in cryptocurrencies.

Garlinghouse claims that he was asked the same question during the Morgan Stanley conference, and it seemed like none of America’s biggest banks (Morgan Stanley, Citigroup or PNC Financial Services) were intending to use JPM Coin.

Just use a dollar!

Ripple CEO further explains that there is no point to have a dollar-pegged stablecoin that will be moved within the JPM ledger. This solution doesn’t bring anything new to the table, and it would make more sense for customers to stick to USD instead.

As reported by U.Today, Garlinghouse earlier claimed that JPCoin wouldn’t work given that multiple banks would start issuing their own coins. JPMorgan is still a closed system while RippleNet already connects hundreds of banks.