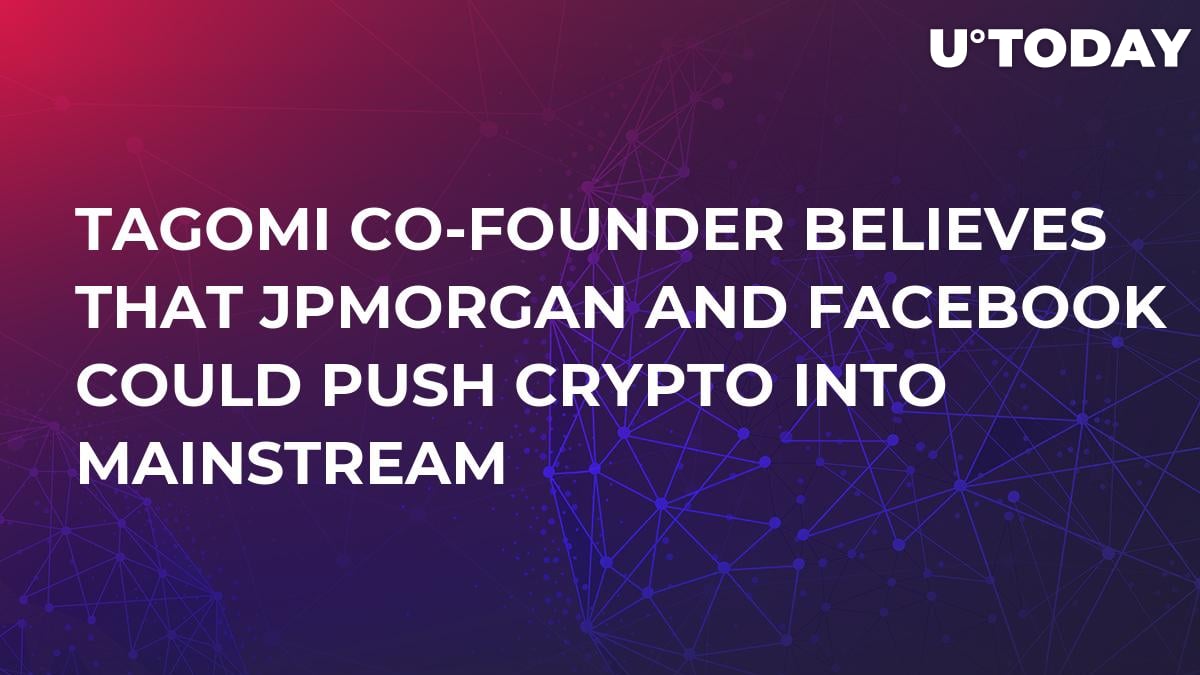 Marc Bhargava, the co-founder of online broker Tagomi, has provided insights into the startup’s development and weighed in on the current state of the crypto industry during a recent interview with Cheddar. While the likes of Facebook and JPMorgan could actually threaten Tagomi’s business, Bhargava believes that their projects could be a boon for the mass adoption of cryptocurrencies.

Related
JP Morgan Plans to Launch Its Own Crypto – Is XRP in Trouble?

As reported by U.Today, Tagomi has managed to rake in $12 mln during its recent funding round that was led by Yale-backed Paradigm and Pantera Capital. With that amount of money, they want to provide their customers with more liquidity and integrate more exchanges. Their end-goal is to become a prime brokerage service.

According to Bhargava, they spent the whole 2017 building the exchange when the institutional interest started to kick in. Now, there is a strong interest in enterprise-level trading solutions.

When asked about the current state of the industry, Bhargava said that the cryptocurrency market is still small, but there are new exciting projects. Obviously, JPM Coin and Facebook Coin are the salient examples of such projects, but Bhargava claims that they do not threaten their business. Their platform is ‘agnostic’, so they would want to expand their offering beyond Bitcoin and a few other mainstream coins. Eventually, such big companies could streamline adoption.