QuadrigaCX Could Be Placed in Bankruptcy: EY Report 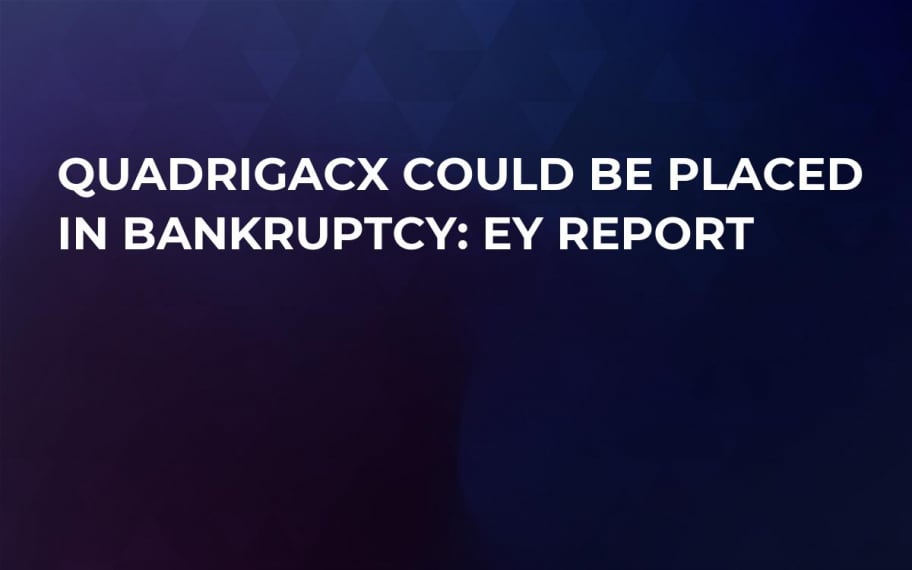 Ernst and Young (EY), a ‘Big Four’ auditing firm that was appointed to be the monitor in the QuadrigaCX case by the Nova Scotia Supreme Court, has released its fourth report where it provides an update for the court and the stakeholders of the embattled exchanges. EY has proposed the company’s transitioning to bankruptcy proceedings.

The benefits of a potential bankruptcy

The above-mentioned report states that bankruptcy proceeding would offer a slew of benefits for the exchange that still struggles to recover the funds of its customers after the CEO’s unexpected death. A bankruptcy would allow selling any valuable assets, address governance issues while allowing representative counsel and inspectors, who were appointed to take part during the first meeting of the creditors, to continue to participate in the bankruptcy process. On top of that, it gives the exchange’s trustee more investigatory powers.

The report further proposes to freeze all assets belonging to Jennifer Robertson, the widow of Quadriga CEO Gerald Cotton, due to a potential conflict of interest. EY points out that the exchange’s funds could have been mismanaged by its owners. Hence, if the order gets the green light from the court, Robertson won’t be able to conduct any operations with her assets.

As reported by U.Today, QuadrigaCX Michael Patryn, who served jail time in the US for being part of an identity theft scheme, was accused of using the exchange’s funds to engage in high-volume trading on BitMEX.