QuadrigaCX CEO's Widow Wants Her Money Back. Creditors Are Outraged 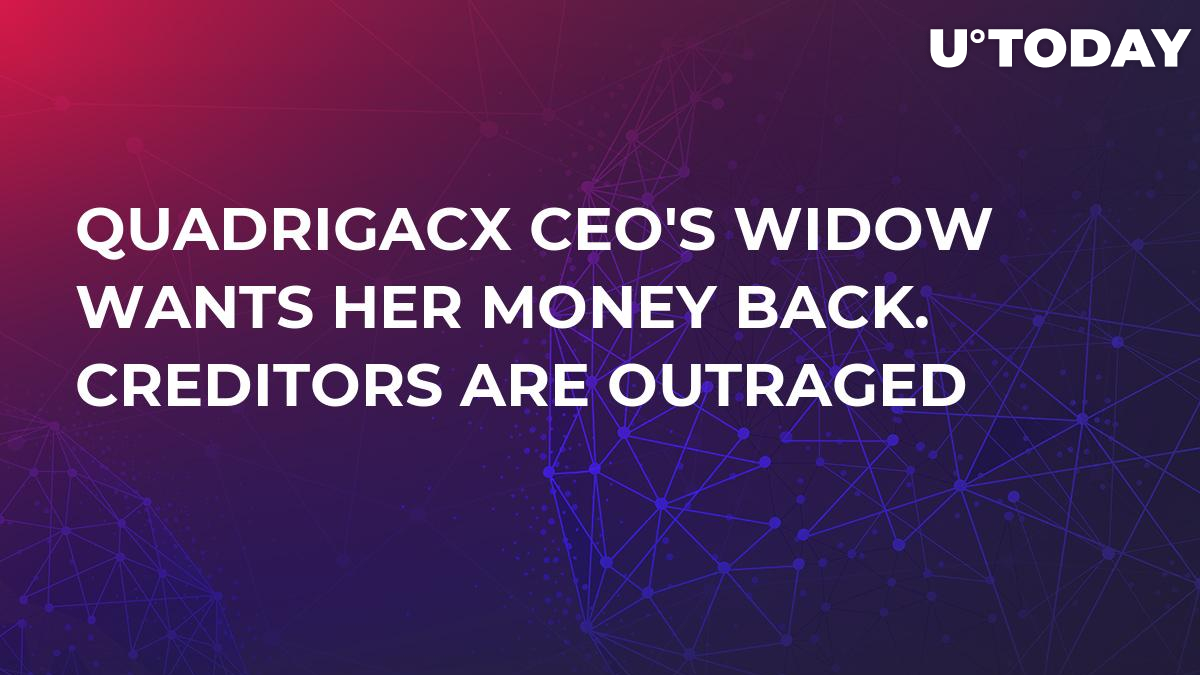 Staying under creditor protection wasn’t cheap — Jennifer Robertson, the widow of QuadrigaCX CEO Gerald Cotten, had to shell out up to $225,000 in gap financing. Now, according to Bloomberg, she wants this sum to be repaid, but the exchange’s creditors claim that such demands are unacceptable.

After the death of Cotten, one of the largest cryptocurrency exchanges in Canada that owed its customers $200 mln was granted creditor protection on Feb. 5 in the Nova Scotia Supreme Court. Because of that ruling, the controversial platform was able to avoid proceedings for 30 days while Big Four auditing firm Ernst & Young (EY) was appointed to monitor the exchange’s dealings.

It’s time to pay back

According to the company’s spending plan, $225,000 that is kept in QuadrigaCX’s $24.7 mln disbursement account is allocated to ‘shareholder advances’. Until March 8, they will also repay QuadrigaCX’s lawyers and EY.

Creditors are not pleased

Meanwhile, creditors are concerned about the $225,000 payout, calling it ‘inappropriate’. As reported earlier, Robertson asked the court to name a chief restructuring officer (CRO) in order to distance herself from the drama. The court will voice its decision during today’s hearing.