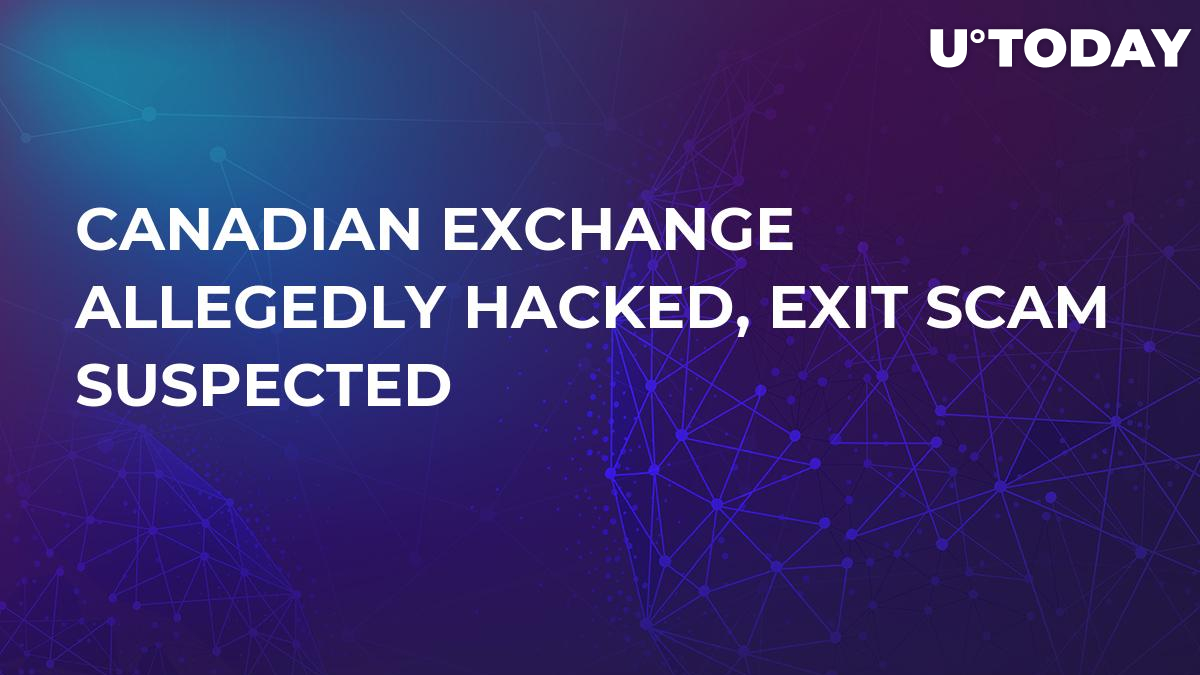 On Sunday morning, a small Canadian digital exchange tweeted having faced a hacker attack. The hack reportedly resulted in losing 913 BTC of customers’ funds from the platform’s hot wallets. That is around $6 mln.

Due to a bug, some people have managed to withdraw all the funds from our exchange. We are in the process of a thorough investigation for this. We are extremely sorry that it has to come to end like this. Until the investigation is over, we cannot refund anything.

Following the attack, the exchange closed its official website and all social media accounts. Although later they explained on Twitter this is just a temporary measure until the investigation is over.

However, further comments in the thread revealed that users have taken a dubious attitude towards the situation. People began to accuse the exchange of nonprofessional work, absence of cold wallets and even of ‘exit scam.’

Related
Women of Crypto at the Crypto Invest Summit: Separate but Hopeful

The news swiftly spread across the Internet, getting well-known crypto sphere leaders to express their opinion. Joseph Young, BitLord and Changpeng Zhao all commented on what had happened, with skeptical notes clear in their messages.

A small crypto exchange pulled off an exit scam, taking all customer funds.

There is no incentive for using small exchanges. Use established exchanges that are regulated, & transparent.

Joseph Young, a crypto-focused journalist and writer, assumed that MapleChange has most probably performed an ‘exit scam.’ He continued criticizing small crypto trading platforms for just wishing to maximize their profits and not taking any responsibility for customers’ funds.

Changpeng Zhao pointed out that small exchanges with no access to cold wallets must be avoided. Especially if they do not try their hardest at setting them up. One of the commentators in the thread even posted a gif showing a hack of Binance, after which the CEO tweeted “Funds are SAFU” as an example of the proper protective measures.

Related
The Society of the Spectacle Interrupted: How Blockchain Can Set Theater on Fire

Later tweets on the MapleChange’s account show that the company is at least pretending to try to compensate its customers’ losses. The exchange stated that they cannot reimburse the lost BTC and LTC but they will try to compensate for losses of other coins. 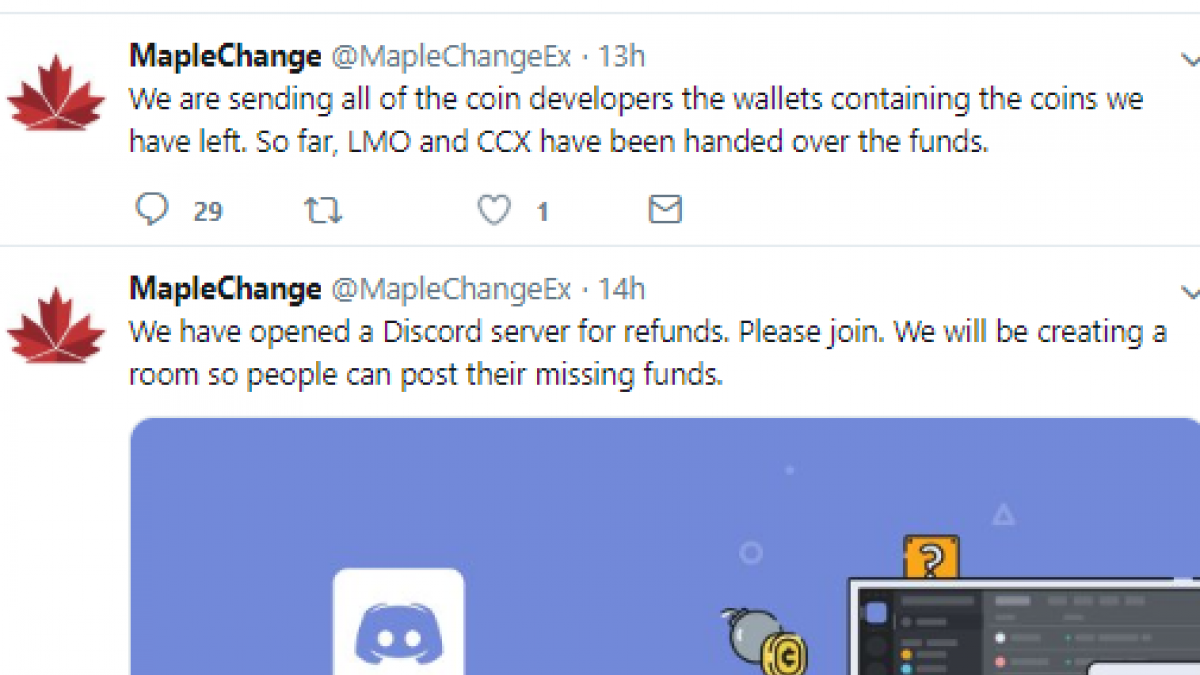