Yuri Molchan
In a recent interview, the Binance CEO claimed that despite the overall bear dominance, crypto trading is still healthy and profitable 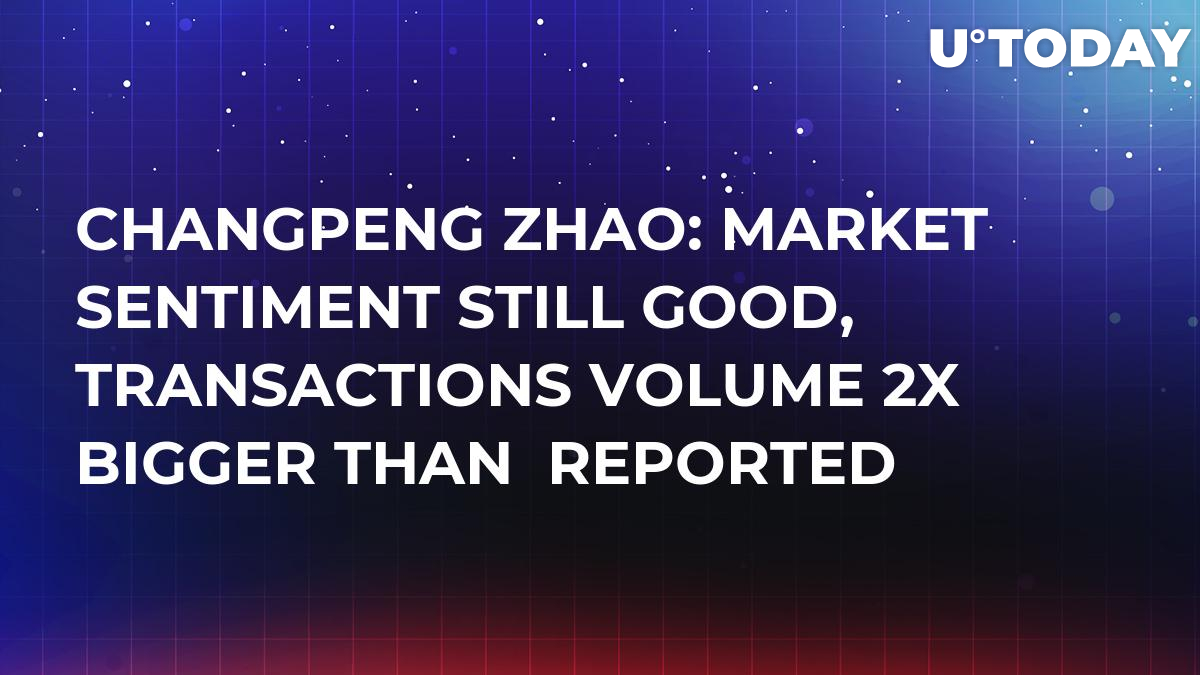 Now that the year is coming to an end, it becomes clear that over the last time the crypto market has dropped by over 70 percent of its value suffering from a great correction, the fourth of its kind.

Binance is doing well, compared to 1–2 years ago

Changpeng Zhao (CZ) said that the amount of trading operations on Binance has decreased by almost 90 percent since winter because of the market retracement. Also, as per him, it was partly caused by the great stability that BTC has been showing over the last few months.

The Binance CEO admitted that the current trading volume of the exchange has greatly decreased, but it is doing pretty well compared to 2016, for example. He confirms that the business is still bringing a good profit and is still healthy. The exchange is registering a great number of new users daily, he confessed.

CZ also added that the amount of crypto the platform is holding has also increased and keeps showing a healthy rise, traders and investors keep depositing Bitcoin and other assets on the Binance’s cold storage vaults.

Platforms providing data on the crypto market, such as CoinMarketCap, CryptoCompare, etc., provide the daily trading volume of top virtual coins and the whole market on the basis of the figures that companies like Binance record.

Earlier in 2018, a few research companies, such as TABB Group, found out that the OTC (over-the-counter) market is, by lowest estimates, operating volumes twice as big as the traditional crypto market. The OTC market, though, is quite attractive for institutional crypto investors.

Crypto researcher Eric Wall expressed his surprise by the reports that OTC crypto markets pass through themselves 2–3x of the volumes processed by crypto exchanges. That is from 1 to 1.5 mln Bitcoin traded on a daily basis. However, for some reason Blockchain does not show it but just merely 100,000 daily transactions.

The Binance leader has agreed that the OTC market is indeed a worthy rival of exchanges since it is estimated to process at least an equal amount of trades that take place on exchanges. He added that the real volume of crypto traded on exchanges is twice bigger than is mentioned in official reports.

Related
Bitcoin Price Fell to $6,200 and Goes On Falling

CZ assured that Binance does not intend to work in the OTC market. He believes that the market can get going any time as soon as the necessary catalyst comes up, but it is really hard even for him to predict what this trigger would be.