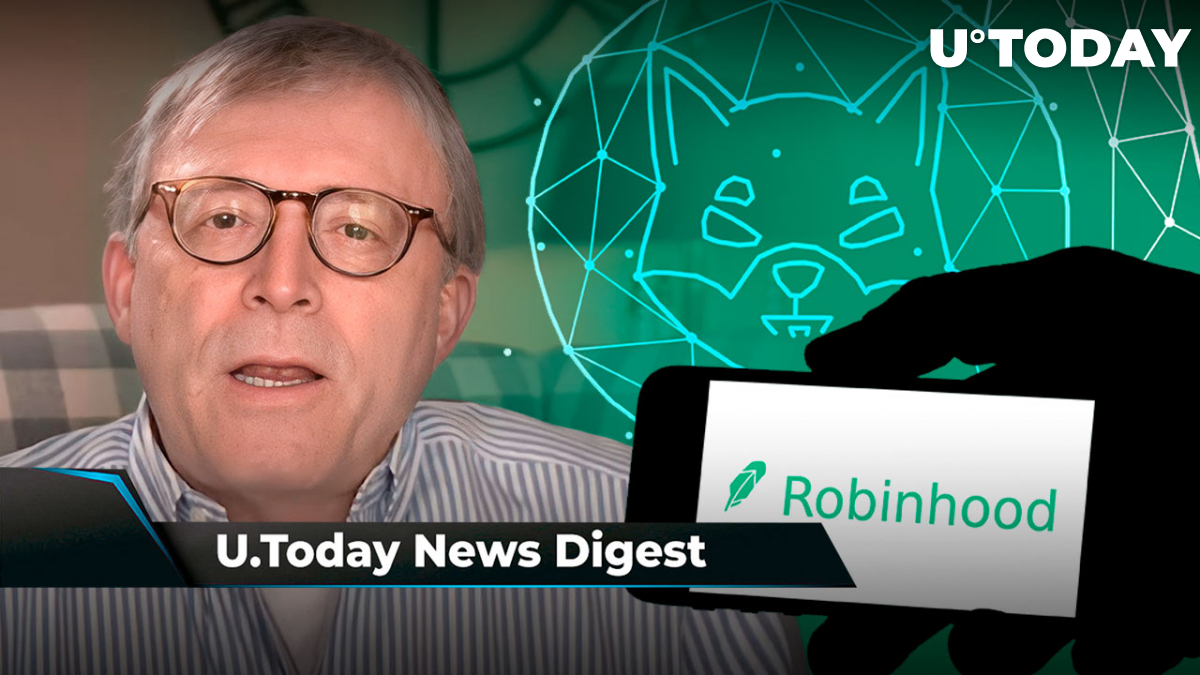 As previously reported by U.Today, Ripple fintech giant has officially confirmed that its co-founder Jed McCaleb has sold his entire XRP holdings. According to the Watcher.Guru service, his estimated earnings from selling XRP since 2014 are $3.09 billion and 708 BTC. The news has not been left unnoticed by veteran trader Peter Brandt, who called the XRP cryptocurrency “garbage” in his latest tweet. The prominent chartist wrote that even such rubbish crypto can make a person a billionaire. This is not the first time Brandt has poured cold water on XRP. Back in 2020, Brandt called the Ripple-affiliated cryptocurrency a “scam” and predicted that the U.S. Securities and Exchange Commission would sue Ripple.

Ethereum needs only 20% to return back to ATH numbers, but there's a catch

Per recent on-chain data, the second biggest crypto, Ethereum, lacks a 20% price increase to put itself back into the ATH zone. However, the following is true about ETH’s performance against Bitcoin and not USD. According to the chart shared by Blockware Analyst, Ethereum might enter the uptrend against BTC once again. In only three days, Ethereum reached the price of 0.07 BTC per coin while previously trading around 0.05 BTC. Back in November, the blossoming of the NFT and DeFi industry resulted in a massive dominance rally for Ethereum, with the second biggest crypto trading at almost 0.1 BTC. With the most recent rally, we might see Ethereum getting back on track against Bitcoin as the Merge update seems to attract more investors to the project.

Data provided by DogeWhaleAlert tracking service shows that 3.2 billion DOGE worth nearly $218 million has been moved by Robinhood to cold storage. Apart from that, the tracker indicated other Robinhood wallet-bound transfers, such as 14 transactions of 100 million DOGE, valued at around $6.7 million each, which have been moved from one Robinhood wallet to another. Then, several anon wallets shifted a total of 10,988,259 DOGE valued at $724,269 to a top-20 wallet. DogeWhaleAlert also reported two separate transactions of 599,999,900 DOGE worth $40,226,993 and 999,999,996 DOGE worth $66,914,000, moved from a Robinhood wallet to an unknown wallet.

According to a Tuesday announcement, LiteBit, one of the oldest European exchanges, has added support for Floki Inu, one of the offshoots of Dogecoin. This marks the first euro listing for the controversial cryptocurrency. LiteBit also allows trading of DOGE and SHIB against the euro. However, it is worth noting that users cannot trade Floki Inu against the U.S. dollar. Huobi, Gate.io, Poloniex and other exchanges only listed Tether-based pairs with the token.

As reported by U.Today, a new Change.org petition is also calling for listing Floki Inu on leading trading app Robinhood.