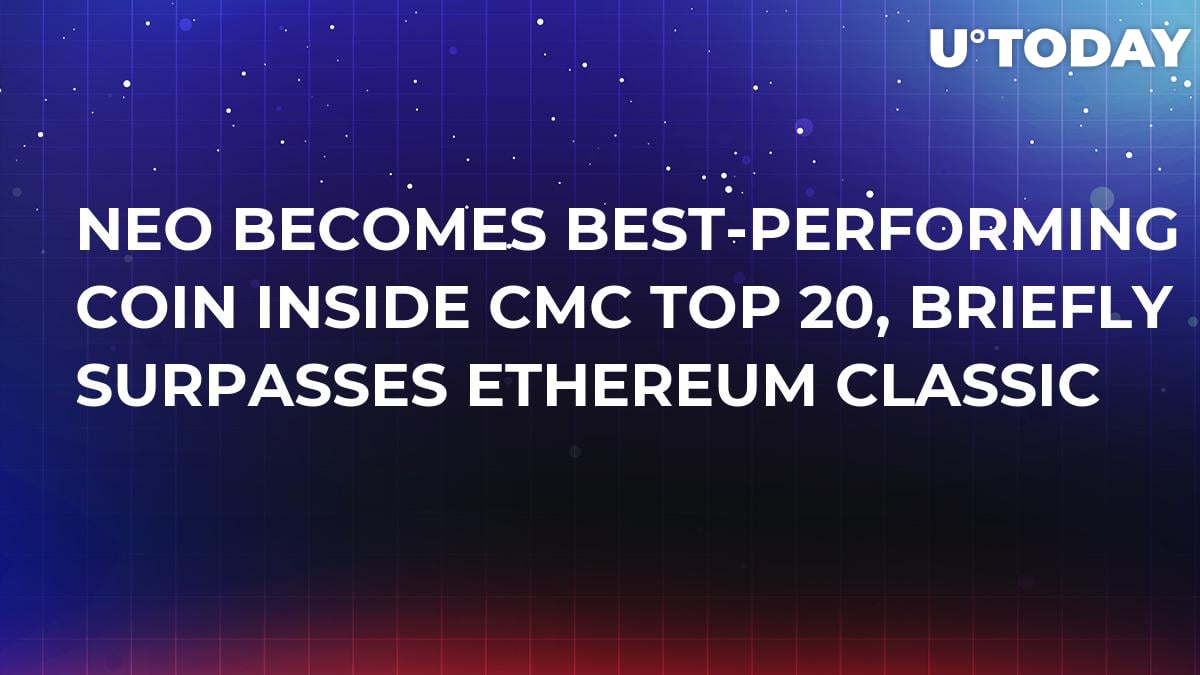 As the cryptocurrency market is seeing the sea of green, NEO managed to become the best performing asset inside the CMC top 20. As mentioned above, NEO recorded a 12 percent uptick over the last 24 hours with its price currently sitting at $8.72. Obviously, this price hike resulted in a substantial increase of its market capitalization, which subsequently led to NEO briefly surpassing Ethereum Classic. At the time of writing this article, ETC regained its 17th spot, but the gap between the two coins remains too minuscule to call this yo-yo race (most likely, we are dealing with another ‘Ethereum vs. XRP’ situation here).

Back in July, the ‘Chinese Ethereum’ cracked inside the top 10 biggest coins by market capitalization, but it failed to keep the momentum. Notably, Tron (TRON) was the coin NEO trumped out of the top 10.

However, as of now, Tron is firmly holding tenth place after a plethora of recent announcements. Moreover, Justin Sun’s coin is currently poised to take ninth place, thus surpassing Bitcoin SV. Sun couldn’t resist the temptation to reveal the news to his community.

A Bitcoin rally in January?

The crypto king ones again rules the roost with other altcoins following the bullish trend — BTC spiked by 5 percent in merely five minutes. The increase may seem insignificant, but it allowed BTC to cross a historically important mark of $4,000 (for the first time in 2019), thus raising many speculations about a potential bull run. Historically, January is the worst month for Bitcoin (it dropped 48.5 percent in 2015 and 47 percent in 2018), but 2019 is shaping up to be a game changer with more possible rallies to follow throughout the month.