Yuri Molchan
Finishing this year, the ICON team has achieved a few milestones; now it is offering an airdrop to celebrate the New Year in hopes of a better market in 2019 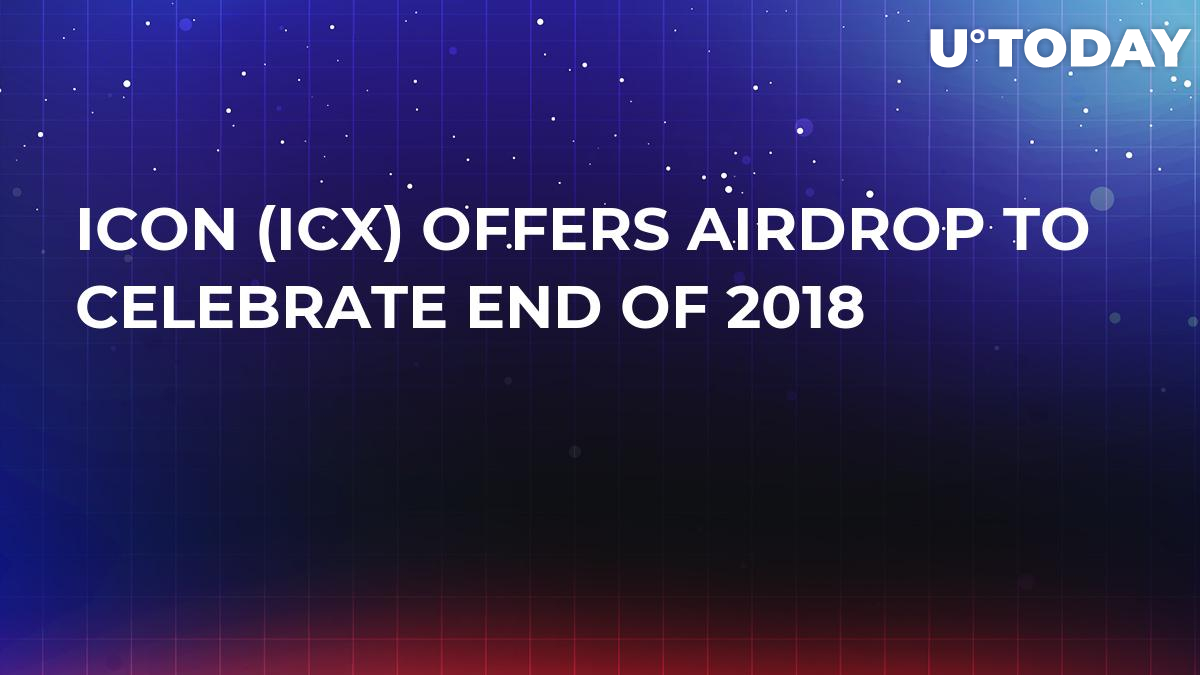 On Monday, December 24, the team of the ICON blockchain tweeted about an airdrop they are arranging to give its community one more reason to celebrate during the coming festive season.

Celebrating the year-end Holiday season, the ICON Team is launching an #ICX Holiday Airdrop Quiz for all! We will offer the equivalent of 10$ in ICX to randomly selected 100 participants! ?

Participants are required to offer a variable title for a reward ‘for delegation of a representative when ICONists delegate a representative by participating in the P-Rep Election, ICONSENSUS’.

Related
Tron (TRX) Is Best-Performing Coin on Top-10 List So Far, The Only Asset Remaining Bullish

Another way to promote ICON

The 100 randomly chosen winners will be rewarded with $10 in ICX coins, even if their answers prove unsuitable.

The process of selecting the winners will be performed by using the ICON smart contract system, SCORE. The team promises it to be totally transparent. This way, apparently, ICON wants to demonstrate to the community how transparent and reliable their platform can be.

The thing is to start on Monday, December 24 and will end right after 2019 begins – January 3.

1.   Everyone wishing to partake must have an ICONex wallet installed.

2.   Do the above-mentioned task regarding the title.

The name of the winner will be publicized on January 4.

How ICON spent the last month of 2018

Earlier this month, U.Today reported that ICON, which is often dubbed ‘the Korean Ethereum’, participated in the DevStamp conference that took place on December 18 in Seoul, South Korea.

Also, the company recently announced its intention to partner with Japanese blockchain firm LayerX. The goal is a wider expansion in Japan, as well as making its network more secure for its users.

This is not the first attempt of ICON to improve its position in the land of the rising sun – earlier this year, the startup teamed up with the Japan-based messenger app LINE, which had launched its own crypto dubbed LINK.