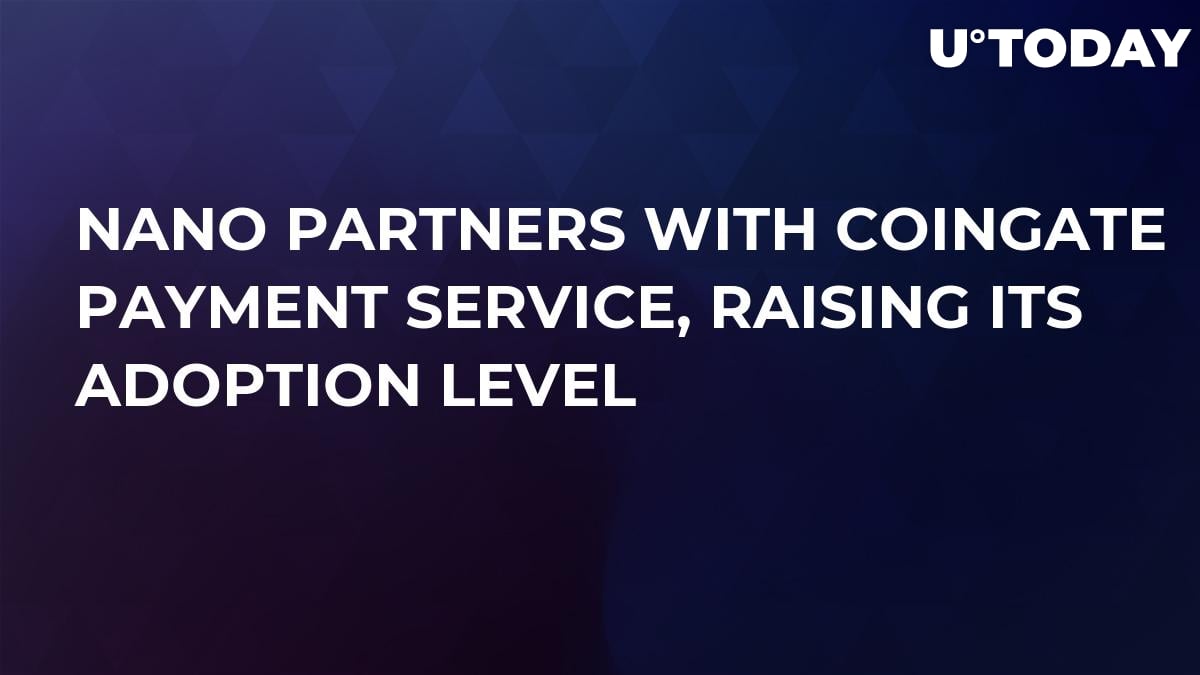 On Thursday, December 20, Nano announced its integration with the CoinGate payment gateway. This crypto asset, being in position #38 among the top-50 coins by market capitalization, will now be accessible for over 4,000 online shops and platforms selling their goods and services. CoinGate promises that transactions with Nano will be conducted in a quick manner, without any extra fees.

$Nano is now accepted on the @CoinGatecom payment platform

Direct settlements into EUR and USD, 4,000 registered merchants and 100+ countries worldwide. A solid step towards unlocking the full potential of #Nano as a pure #cryptocurrency!

Among the merchants that cooperate with CoinGate are MMOGA, BitLaunch and many others.

Payments are the major goal of Nano

Just like Bitcoin or Litecoin, Nano was meant to work with P2P payments. It deals with many of the same problems that the former two coins oppose.

Basically, Nano consists of as many blockchains as there are nodes. That is done through a block-lattice architecture to ensure that the initial Nano network can increase its scalability as much as necessary. In theory, this can solve the trouble that Bitcoin is facing right now.

Just as a reminder, Nano cannot be mined. The coins were spread around through faucets by means of CAPTCHA tests. Now there are 133,248,289 tokens circulating out there and trading on exchanges, such as Kucoin, Binance and BitZ, etc.

The present size of a ledger for Nano is about 8 GB and on average it costs around 0.112 Wh to complete one Nano transaction, which is about $0.005.

Recently, the coin has witnessed a drop despite its expansion into China and the local crypto community. Experts blame the fall of the price back then on the Bitcoin Cash hard fork.