EOS Now Available on Coinbase. Will It Affect the Coin’s Price?

Alex Dovbnya
? ↩️EOS remains in the red despite the listing, thus putting the power of the so-called ‘Coinbase effect’ into question?? 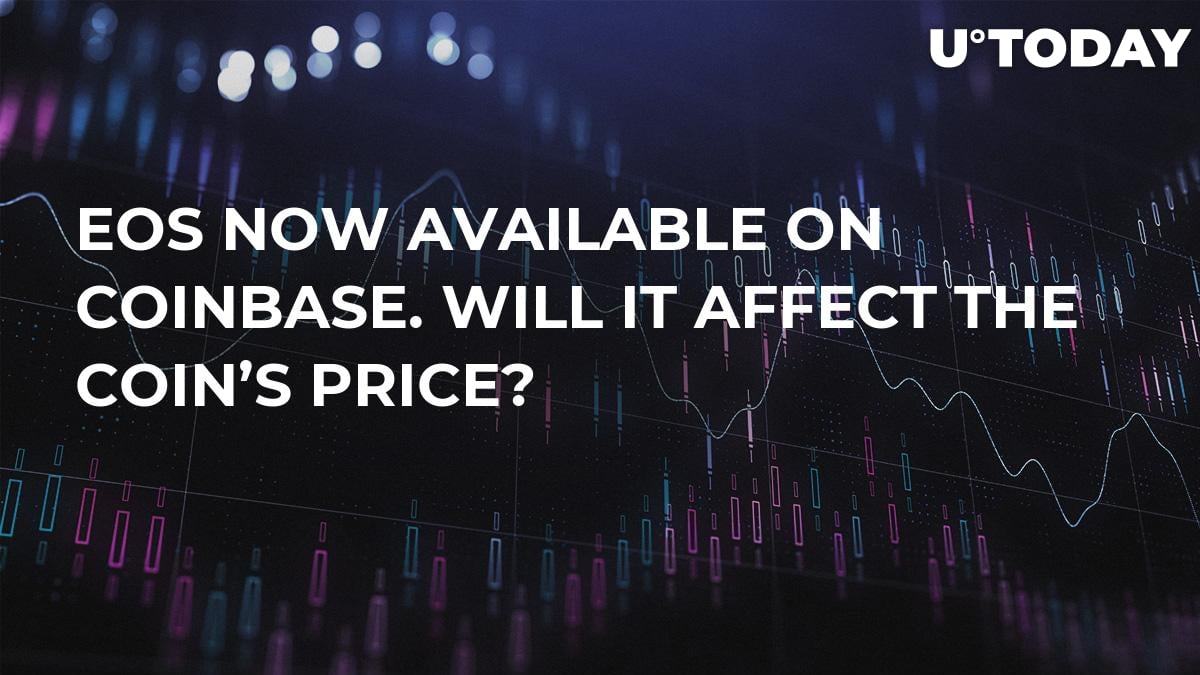 EOS, the fifth largest cryptocurrency by market capitalization, has just been listed on Coinbase. Prior to that, the ‘Ethereum killer’ had been already added to Coinbase Pro.

EOS is launching at https://t.co/iQARfi557o and in the iOS and Android apps within the next 15 minutes. You may need to update your app to properly buy, sell, convert, send, receive, or store EOS. We will update when EOS is fully live. https://t.co/sh8XmE1Wit

From Coinbase Pro to Coinbase

In its statement, the leading US cryptocurrency exchange claims that the coin will be available in most of its supported jurisdictions (save for the UK and the state of New York).

Those who want to seamlessly trade EOS are encouraged to upgrade their Android or iOS app. The coin was supposed to go live 15 minutes after the initial announcement.

On Apr. 9, as reported by U.Today, EOS was listed on Coinbase’s professional exchange  Coinbase Pro along with other altcoins that the San Francisco-based trading platform had been previously exploring.

If to exclude Binance Coin, all top 10 altcoins can now be found on Coinbase.

The Coinbase Pro listing didn’t produce any impact on the coin’s price. It remains to be seen whether the so-called ‘Coinbase effect’ will stand the test this time now that EOS is now available on the biggest exchange in America.

For instance, XRP enjoyed a solid pump after being embraced by Coinbase.

At the time of writing, the EOS price is sitting at $7.90 after dipping by 2.49 percent over the last 24 hours, according to CMC data.