Alex Dovbnya
? ?While things do not look very promising for the bulls, Bitcoin still has one big challenge ahead of it? ? 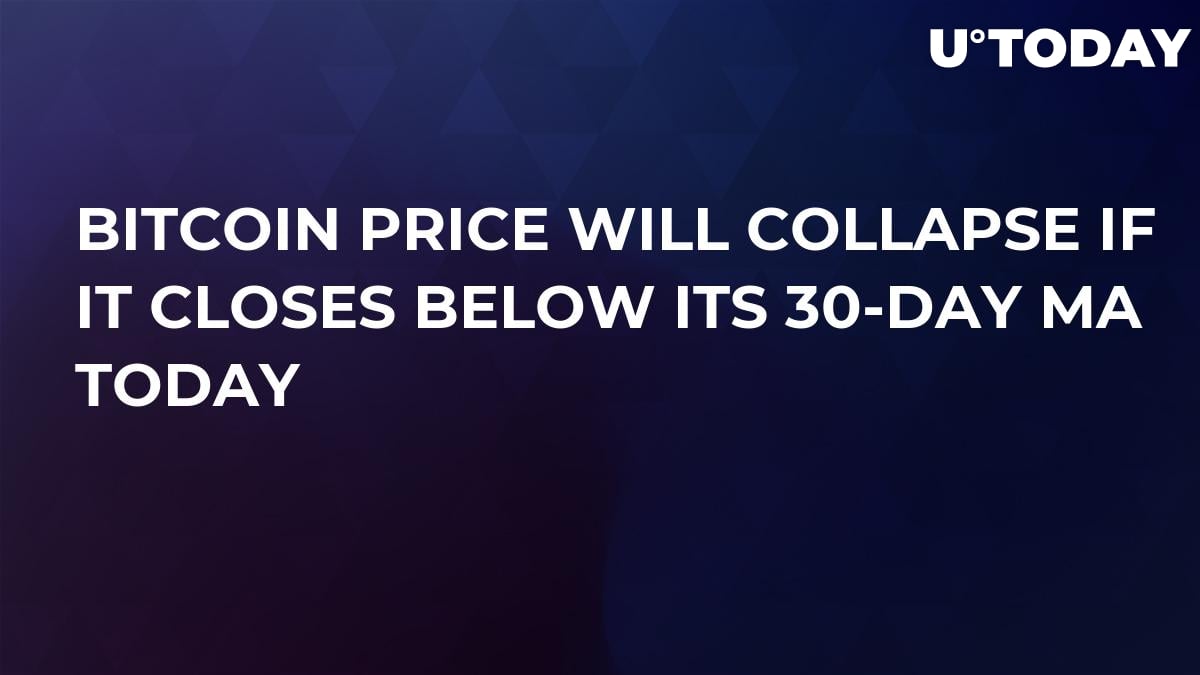 Bitcoin was quick to recover after its most recent downturns, but things could be different this time around. The BTC price could end up below its 30-day MA of $7,710, confirming bearish reversal.

BTC is struggling to go higher

As reported by U.Today, the BTC price dipped below the 8,000 level on June 5 with more than $700 dollars being trimmed in a matter of hours. Shortly after that, commodity trader Peter Brandt posted a doom-laden weekly price chart with a Doji star at the top (that signals bearish correction).

Will the bulls stand the test?

BTC’s UTC close price has to be above its monthly moving average for the bulls to be back in charge. The coin’s price tag has to be above the $8,100 level (its daily peak) in order to attempt another price recovery to the much-coveted $9,000 mark.

If BTC breaks below $7,700, the bears will have their field day since a string of further setbacks is very likely to ensue.

At the time of writing, BTC is trading at $8,039.53, according to CoinMarketCap data.