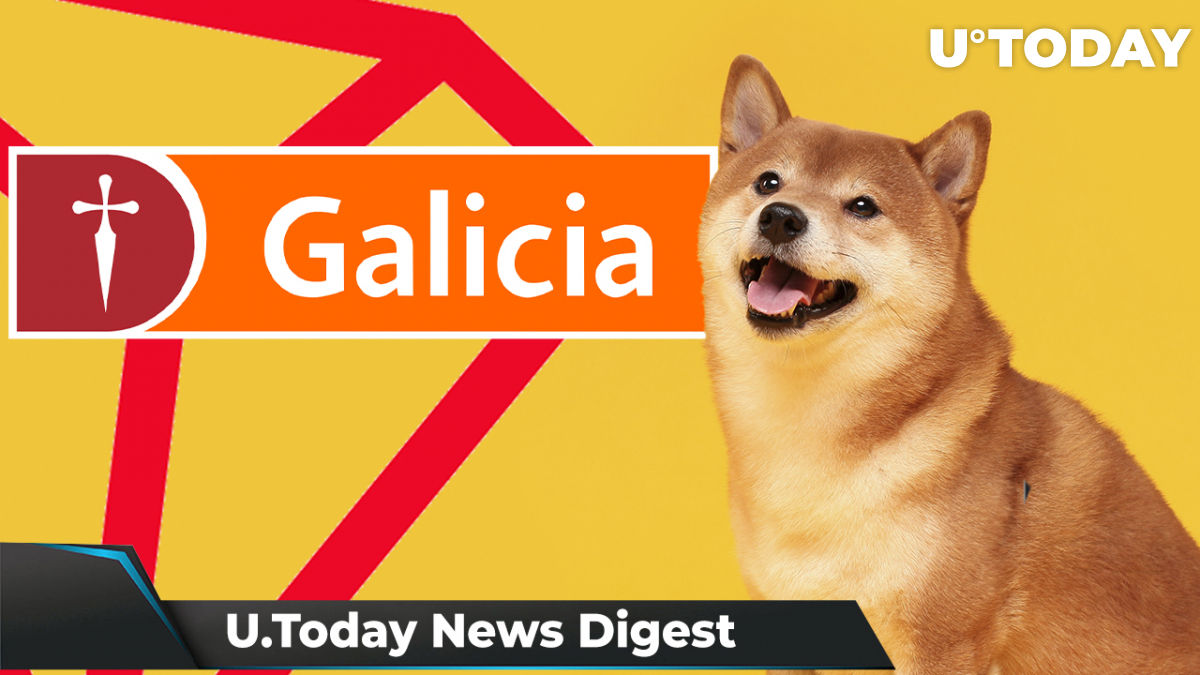 Argentina has taken yet another step toward cryptocurrency adoption. Banco Galicia, the country’s largest bank that boasts about 600 branch offices around the globe, has recently announced that its customers are now allowed to trade Bitcoin, Ethereum, XRP and USD Coin stablecoin. To enable the new service, the bank partnered with Lirium AG, a company offering plug & play crypto solutions for banking intuitions.

In order to share the joy of its ninth anniversary with the crypto community, Australia’s longest-running cryptocurrency exchange, CoinJar, decided to launch a Shiba Inu-themed promotional campaign. Every user who makes a single trade on the CoinJar app this week will have a chance to win up to 99,999,999 million SHIB tokens (roughly $3,526). Participants will be able to increase the number of entries by making more trades, with one individual being able to have a maximum of 10 entries.

Cardano might be less than 75% utilized capacity of Ethereum

Cardano Blockchain Insights, the Twitter account of the Cardano Fans Staking Pool (CRFA), has shared that Cardano might be operating at 25% of the utilized capacity of Ethereum. According to data in the published post, the average number of Cardano transactions per day lags behind that of Ethereum, with 100,000 and 1.1 million, respectively. Meanwhile, Cardano has reached several milestones in recent months. Currently, 925 projects are being built on Cardano, with the number of wallets holding ADA surpassing 3.6 million.

According to the latest tweet by TronScan, the number of accounts on Tron has surpassed 90 million, with TRX token surging 10% on the news. This happened while the network is attracting more users in preparation for the release of its own algorithmic stablecoin. The announcement of the algorithmic stablecoin was made recently by Justin Sun, which fueled the short-term rally on the market. The release of a stable solution on Tron was a long-awaited event as networks like Ethereum, Solana and others offer their own algorithmic options.