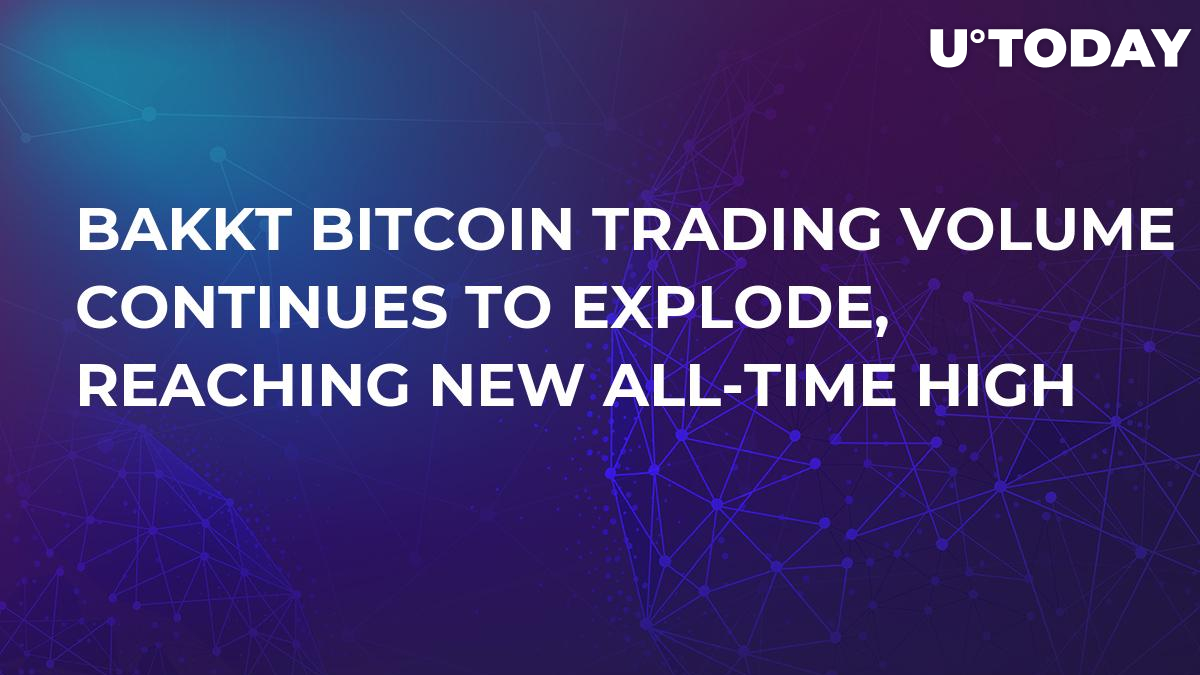 Bakkt, the ICE-backed futures exchange, has updated its Bitcoin volume record with 770 BTC traded at the time of writing.

To top it off, the trading day progress is only at 42 percent, which means that Bakkt could be eyeing about 1834 BTC by the end of the day. At current prices, it would be around $15.4 mln, a far cry from the exchange's early days.

This massive volume coincided with Bitcoin surging by more than 13 percent in mere minutes. At the time of writing, the cryptocurrency that started it all is trading at $8,379, according to CoinStats data.

Market analyst Alex Krüger called this rapid increase in Bakkt's volume "impressive." However, there is still plenty of room for growth given that it represents just two percent of CME's.

Technically, $BTC bear trend is over.

Bakkt finally launched its physically-delivered BTC futures on Sept. 23 after months of buildup and plenty of fanfare, but its trading volume turned out to be quite underwhelming, which dampened the crypto community's enthusiasm for the new product.

However, as expected, it is slowly but surely picking up steam, and it's not far-fetched to assume that it might play a pivotal role in the crypto ecosystem in the future.

As reported by U.Today, Bakkt also made an announcement about rolling out options on its Bitcoin futures product on Dec. 9.