Vera Yurina
Can Ripple touch the $1 level this year? Check out interesting opinions and XRP price predictions from Twitter users 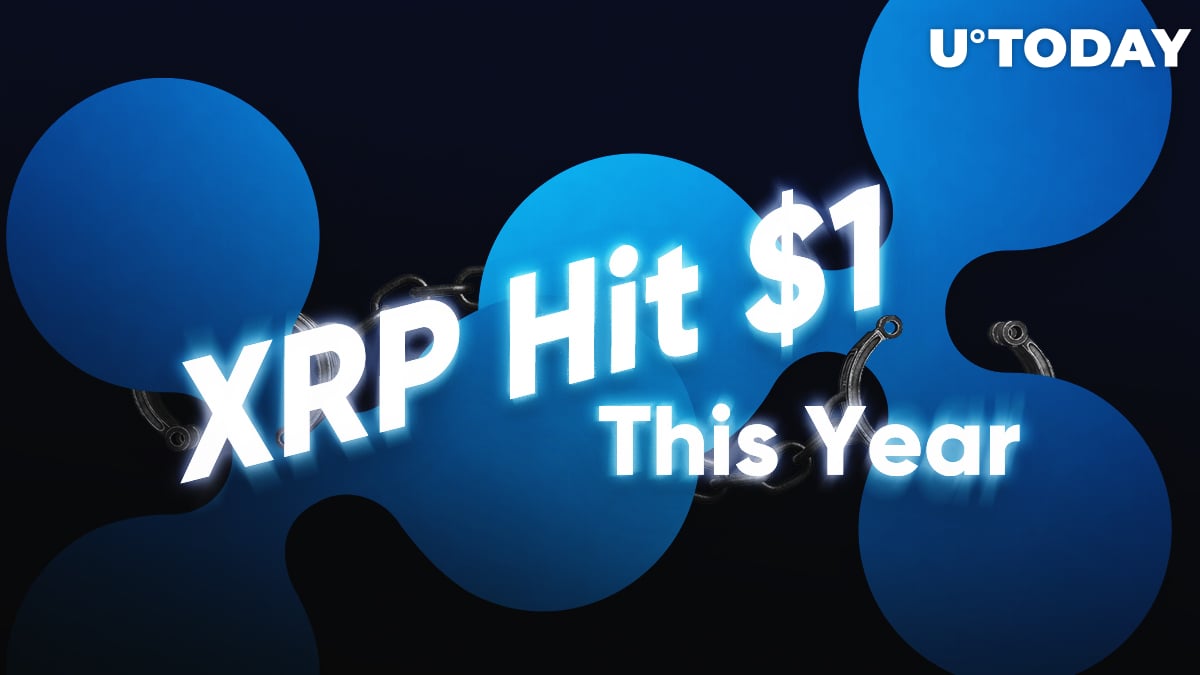 Failing to sustain high price level, XRP is keeping around $0.30. It might seem that Ripple’s XRP stands still all the time, but Twitter users have the opposite opinion. They are sure that big changes are coming, and XRP is simply accumulating power for the price to explode. Can Ripple go to the moon in 2019? What will drive its overwhelming growth? Check out XRP price predictions from Twitter users.

According to the long-term price charts, Ripple might be repeating its history, and the scenario of 2019 can actualize this year, too:

If XRP breaks out of the current resistance zones, its growth would exceed $1 easily. Some traders are sure it has enough potential to touch the $5 level, too.

Are there any certain triggers of XRP growth? There’s a bunch of theories. One of them claims that Ripple will burn its immense reserves of XRP for its price to rocket:

Should Ripple burn 50% of XRP’s supply to pump its price? @crypto_bitlord thinks so and started a petition | Read More: https://t.co/r34LWubJdb | $XRP #XRPcommunity pic.twitter.com/30cowUw2g6

Although the petition is started, Ripple Labs itself does not plan to burn its tokens – it might have too serious outcomes.

Related
Ripple Executive Makes a Pitch for Cryptocurrency Regulations in the US: ‘We Are Well Beyond the Days of Silk Road’

Here is the golden section pattern that proves XRP might soar:

However, it’s simply an amateur approach: what works with fiats might not work with altcoins at all.

Better make mid- and short-term predictions based on traditional technicals, such as Fib levels:

#XRP - Technically the data says: "This is it"!
I looked at everything: potential bearish scenario, indicators, patterns, fibs timezone etc. data always comes back to this scenario like $BTC: 1st fibs 1.618, support 0.786 then next fibs 1.886 (chart 2) $XRP #XRPCommunity #Ripple pic.twitter.com/7TE2YrjQHN

Pamp it or damp it ?$XRPUSD

My confidence in @Ripple is as strong as ever. It's even clearer to me now that, some day, the majority of all financial transactions will run on Ripplenet. However, my confidence that any significant XRP price appreciation ($5-$10) will occur in the next 12-24 months is gone. ? pic.twitter.com/dukSfElQFW

Don’t rush to the conclusions

All in all, time will show whether Ripple is able of groundbreaking moves. Right now, there are no signs of Ripple going to the ceiling. As one Twitter user ironically noticed, Ripple will discuss how liquidity has changed before they know the numbers:

#XRP #XRPcommunity just a reminder to all on November 8th Ripple swell event will discuss how liquidity has changed, how do they know that it’s changed before it’s changed, is it a suggest #xrp moon is round the Corner ???? https://t.co/sVjo6Nr2tR pic.twitter.com/4QjpaUCV8Z

Related
Has #XRPArmy Turned Against Ripple? Not Really

?You really can't make this shit up?#Ripple's Success Plan:
1. Create & Pump useless $XRP token while keeping 75%+ for yourself to sell later to bag holders
2. Use $$$ to buy stock of failing Companies (Ex: MoneyGram)
3. Use news to wake up "Army of the Brain Dead" & pump XRP pic.twitter.com/nqUqNk0etA

What we are witnessing now is how Ripple Labs manipulates its XRP stocks and buys/sells XRP in large amounts to shift the value of the coin. Will their efforts turn out to be fruitful?

For some reason, XRP gets more attractive for other blockchains’ representatives:

Seems like they know something usual traders aren’t aware of. Does it mean Ripple is preparing for a major breakout? Everything is possible.

Look at XRP this way:

Thus, Ripple Labs keeps actualizing its plans, even though slowly. So even if it’s a non-profitable variant for shorts, it must be a great choice for long-term investors. Patience is the key.