Yuri Molchan
?✊Forbes cites a technical analyst who claims that Bitcoin represents no danger to traditional platforms like PayPal and Visa over its weak transaction scale 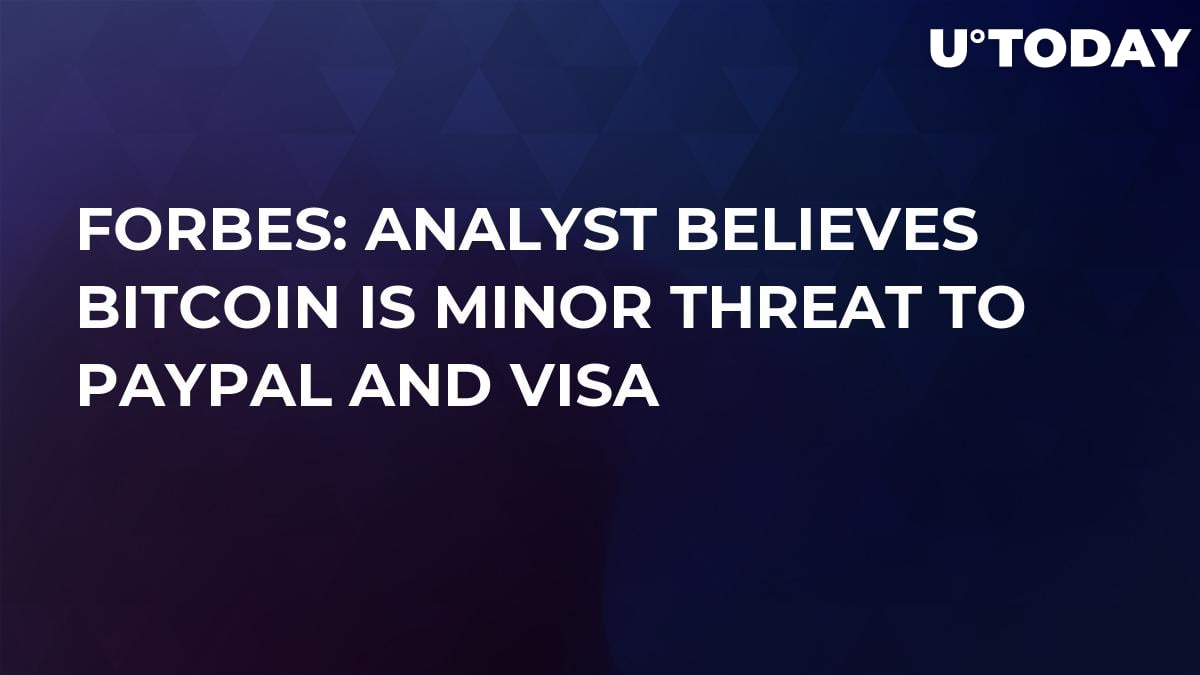 Lisa Ellis, an analyst at MoffettNathanson, is positive that Bitcoin cannot dream of matching the speed of traditional payment services, such as PayPal, MasterCard and Visa.

An overview of the crypto market’s recent state

Since the BTC price reached its ATH nearing $20,000 in December 2017, it rolled down the charts steadily until autumn 2018, when it stopped under $4,000 and since then has been trying to get over this level.

This collapse of Bitcoin and the crypto market overall is seldom believed to be linked to its actual use, which in 2018 greatly increased despite the strong domination of sellers in the market. Besides, over the last several years, Bitcoin particularly became popular in 2018 as a store of value among institutional investors after two crypto exchanges, CME and CBOE, launched BTC futures contracts in December 2017.

Even though the BTC chain and user experience of crypto have recently improved overall, Lisa Ellis from MoffettNathanson has decided to give Bitcoin a kick, like numerous other skeptics who believe that only real money can be touched.

Forbes reports her words that she does not plan to buy even coffee with Bitcoin, at least not while Visa or MasterCard are around.

Is Bitcoin a worthy match for PayPal and Visa?

Ellis believes that in a modern developed society, there is hardly any sense or benefit for vendors to prefer Bitcoin or other digital means of payment to conventional forms of money, like fiat currencies or electronic payments.

Her major argument is that Mastercard or Visa can do thousands of operations per second, with a potential of doing much more of them, whereas the Bitcoin network requires at least 10 minutes to verify one single transaction. Ethereum is faster, but it still needs around 15 seconds.