Tron Remains at the Tail of Top-10 on CMC, Reaches over 2 Mln Accounts, Though 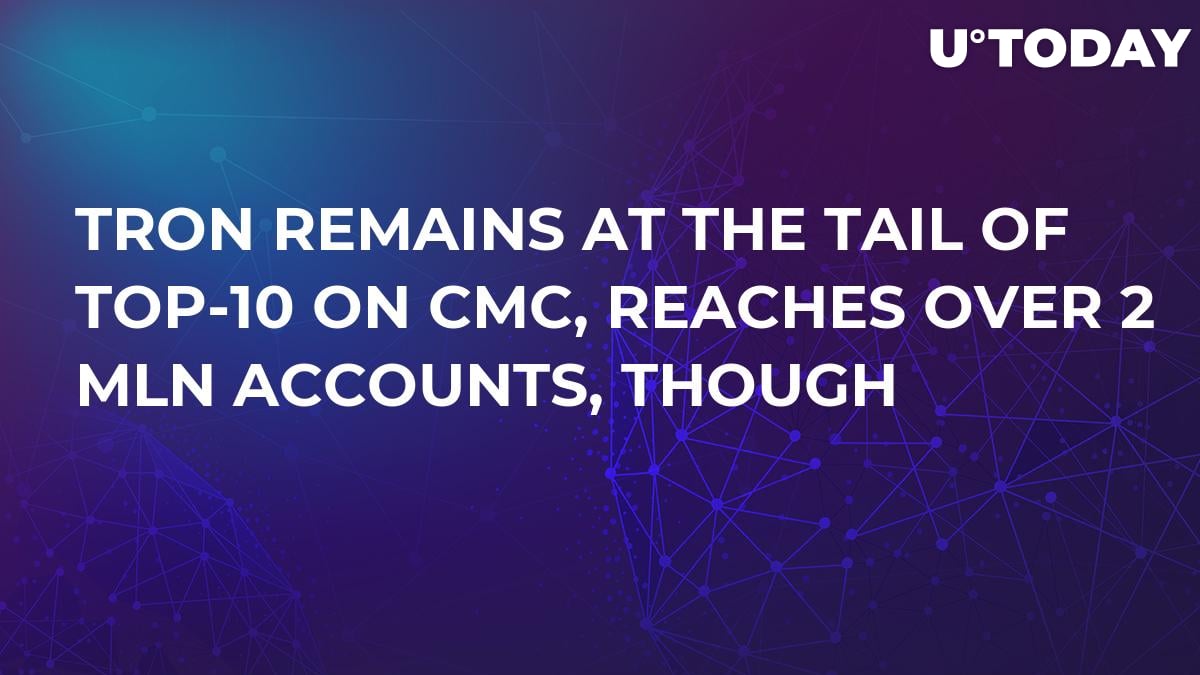 The Tron Foundation keeps promoting its TRX currency in various ways, from partnerships with new exchanges to using BitTorrent and its native utility token BTT. However, after Binance Coin took position #9 from Tron on Coinmarketcap, TRX has been sitting there with no signs of going forward.

Today, on March 4, the Tron Foundation proudly announced on its Twitter account that the number of Tron mainnet accounts has exceeded 2 mln.

In the comment thread, though, some users are expressing doubt regarding Tron’s current state. Some have mentioned that at least half of these 2 mln accounts are empty escrow wallets.

Others have mentioned Tron’s recent major update Odyssey v.3.5, saying that Ethereum has conducted its Constantinople hard fork on the same day as Tron, but the price went down instead. 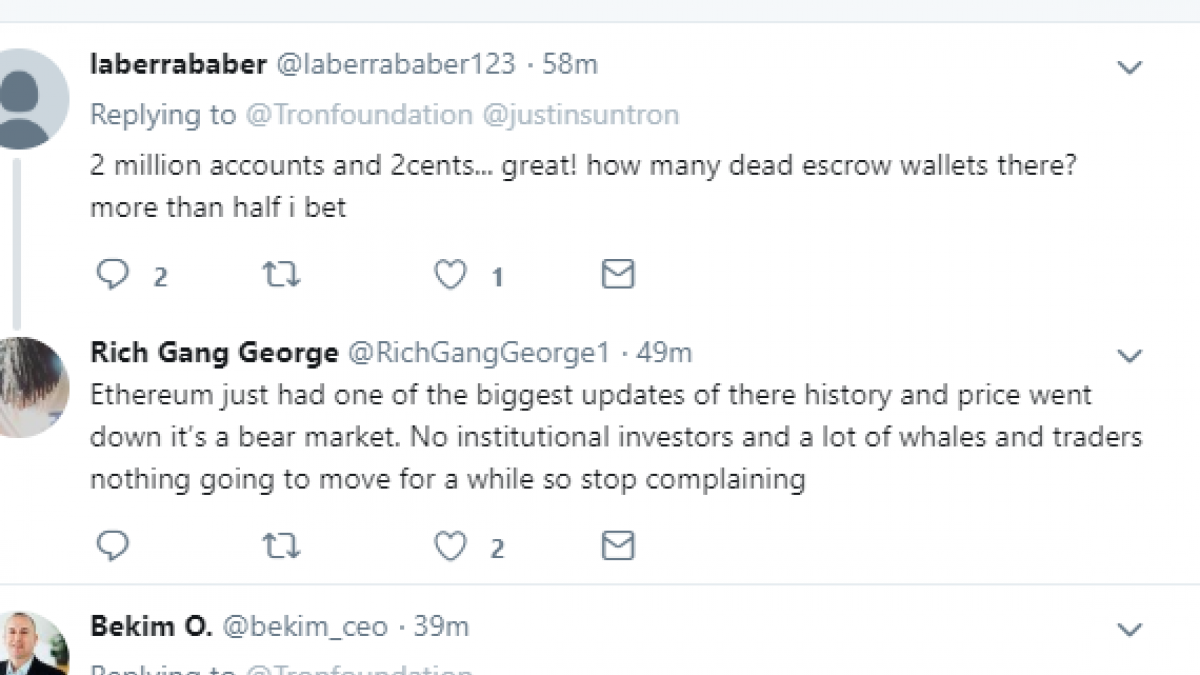 Slightly earlier, Justin Sun tweeted the number of smart contracts on the Tron network has reached 449, growing weekly by 5.9 percent.

As a leader of a crypto platform, Justin Sun seems to be getting more popular than some other key figures in the crypto industry. Besides, Sun publicly calls Ethereum and Vitalik Buterin Tron’s rival and plans to overtake it on Coinmarketcap. So far he has just managed to get more Twitter followers.

At present, Tron remains in position #10, where it was pushed back by Binance Coin, which currently occupies position #9.

The other day, Justin Sun posted on Twitter that he and his team intend to bring a million BitTorrent users onto the Tron network. This is basically what the acquisition of BitTorrent was made for, as Sun said to the press last year.

We will announce a plan to bring 1 billion #BitTorrent ecosystem users into #TRON and #BTT world with more partership support! $TRX #TRX $BTT