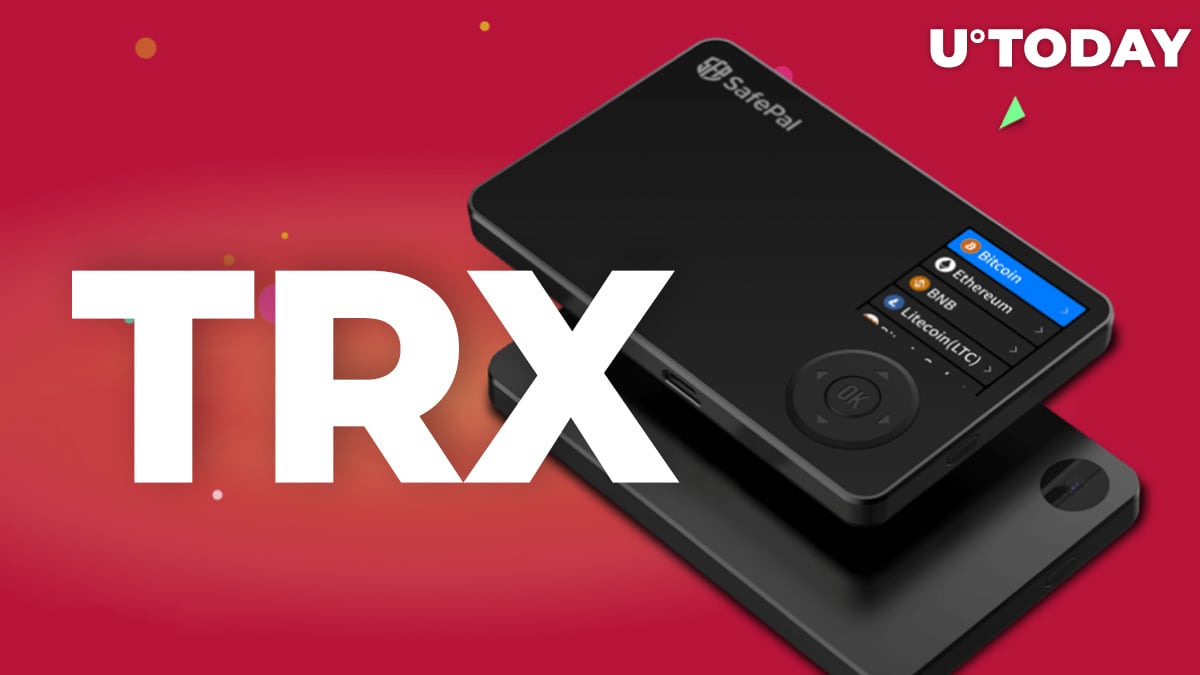 Tron’s TRX support is to be added by the SafePal wallet team, announces a recent tweet on their social media page. That will be another top-ten cryptocurrency added after XRP and Litecoin.

Tron keeps expanding its network and works hard to increase TRX adoption. A cold wallet which once received investments from Binance Labs, SafePal, has plans to add TRX to the list of the already supported currencies. Among them are XRP, LTC, BNB, DASH, etc.

ZCash, NEO and DGB are also planned to be launched on it soon. Apart from Tron, the SafePal tweet promises to add BTT and Tron-based WIN, as well as USDT (presumably USDT-Tron) and all other TRX10 and TRX20-based tokens.

Apart from that, the recently launched dex created by the team of the crypto baron John McAfee has announced that on November 8 the McAfeedex will start running on the Tron blockchain. TRX and all Tron-based coins will be supported.

#TRON blockchain will be integrated to MacfeeDex on November, 8th. #TRC10 & #TRC20 tokens will be supported. #TRX https://t.co/MP4dznCxmi

In the recent Tron’s weekly report, the company states that the amount of registered user accounts on its blockchain has reached four million. The total number of dApps running on Tron is now 617.

The number of transactions conducted over the past week totals 9.05 mln with the overall transaction volume being $66.57 mln.

#TRON Weekly Report
1.Upgraded 27 SRs to v3.6.5.
2.The total number of TRON real-time accounts reached 4 million.
3.Engaged in International collaboration with Samsung on behalf of all #Blockchain projects based in China.https://t.co/82UJxD1N8p

Earlier, U.Today reported that the Tron blockchain was officially added to the Samsung Blockchain KeyStore and Samsung added APIs to support Tron-based transactions with a prospect of TRX, BTT and all other Tron-based coins to be available for 1 mln Samsung’s users around the world soon.

What do you think of the recent Tron’s milestones and the overall progress of this ecosystem? Share your view in the comment section!