Yuri Molchan
The decentralized crypto exchange Blockonix announces its intention to add support for the TrueUSD stablecoin on Saturday, December 29 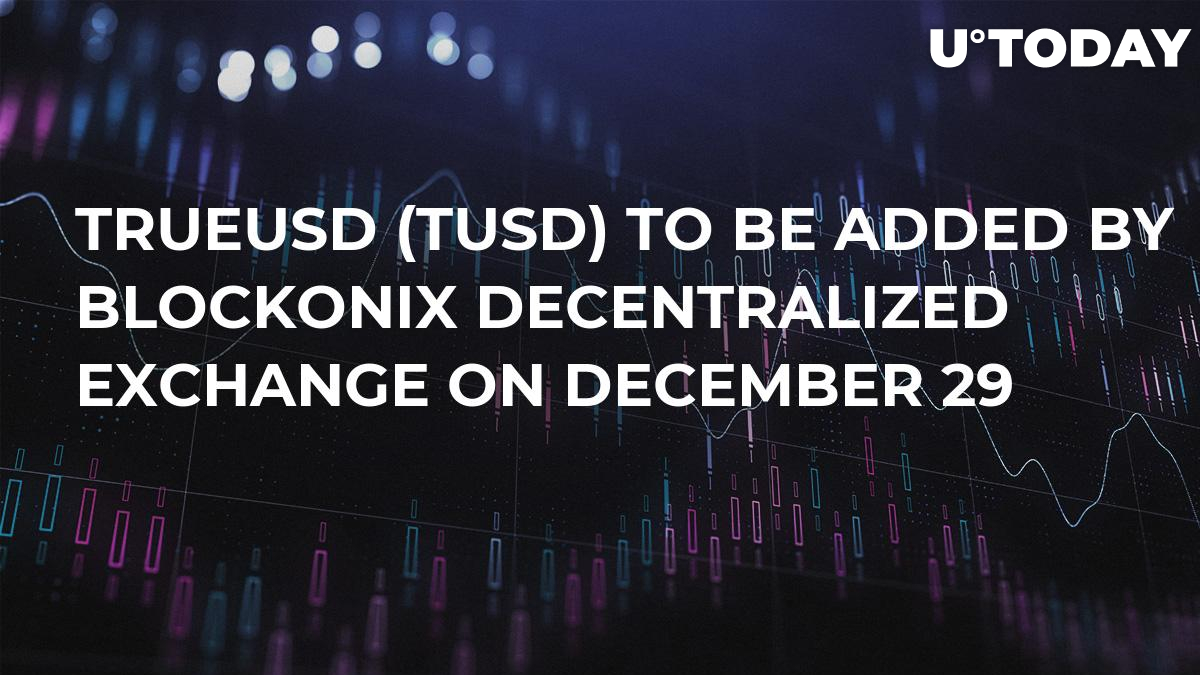 On Saturday, the Blockonix dex took to its official Twitter account to let the crypto community know that it is going to launch trading pairs with the TrueUSD stablecoin.

Blockonix mainly trades tokens based on Ethereum, its ERC20 standard. It also tends to promote exchanges and payment services that are powered by ETH.

The dollar-pegged TrueUSD coin will be traded against ETH and Tether (USDT), another stablecoin, which is currently on the top-ten list of coins and has been recently called by a research ‘the best stablecoin’.

At the time of writing, TrueUSD, as well as USD Coin and Paxos Standard Token (all three are stablecoins), are trading in the red, whereas Maker, Dai and Gemini Dollar are rising.

Dexes are the newish trend

Recently, Binance has launched a test version of a crypto dex. So did Tron: the exchange is dubbed TRXMarket, which currently collects no fees from customers for transactions. Earlier, U.Today reported that Bibox exchange had acquired the second largest global dex called DEx.top.

Related
Binance CEO to Bloomberg: Crypto Will Develop Regardless of Coins’ Price

Decentralized exchanges allow P2P trading without any centralized management team controlling the trading process and having access to customer accounts.

This summer, the famous leader of opinions in the crypto sphere, John McAfee, expressed his deeply negative position against centralized exchanges on Twitter, saying that they will disappear in the future. A discussion with the Binance CEO then followed.

There are cases when users lost their entire balances on such exchanges, claiming to have been robbed. A while ago, U.Today reported about one such case regarding Binance.