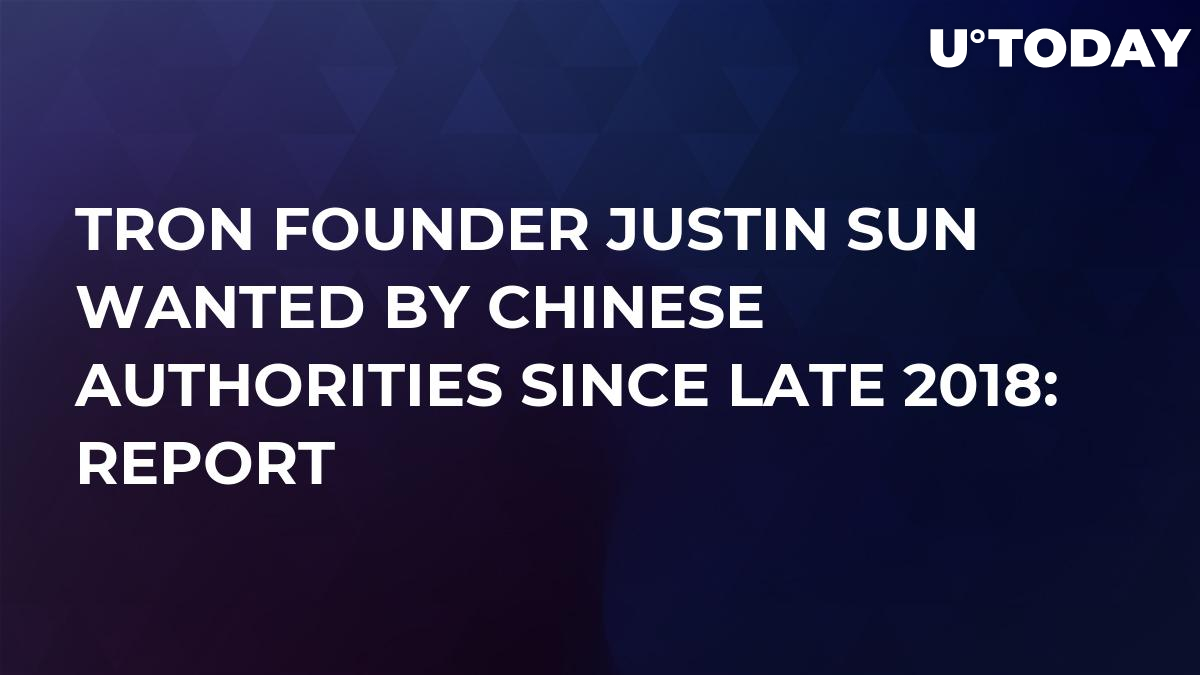 As per the recent article by Caixin, a major Chinese media platform, the head of Tron Justin Sun has been under ‘border control’ but in November last year, he somehow managed to leave China and has been on a want list since then.

Caixin says that when Justin Sun went to the crypto conferences outside China in summer 2018 and this year too, he was officially forbidden to do that since he was under ‘border control’.

The article points out that it is unknown how he managed to make it out of China, considering that Sun may have took advantage of some loopholes in the law. He has reportedly been doing his utmost to get out of the ban but has not succeeded yet.

Cliff Edwards, a top executive from Tron, rejects the allegations made by Caixin and said that Justin Sun currently resides in San Francisco together with him.

Edwards also mentioned that Sun came to San Francisco in mid-fall last year and since then has been freely traveling around the world. As for Sun being on a border-control list, he said:

He [Justin Sun] has said that if you’re on a border-control list, you’re notified that you’re the subject of an investigation, and he’s never been notified of any such thing.

Related
‘I Was Well Treated’: John McAfee Finally Re-Emerges on Twitter After Being Released from Confinement

However, the Chinese media immediately reported that Sun was in fact forbidden to leave China and is under investigation over Tron’s and his participation in illegal crypto fundraising, underground gambling services provision and running a pornography business.