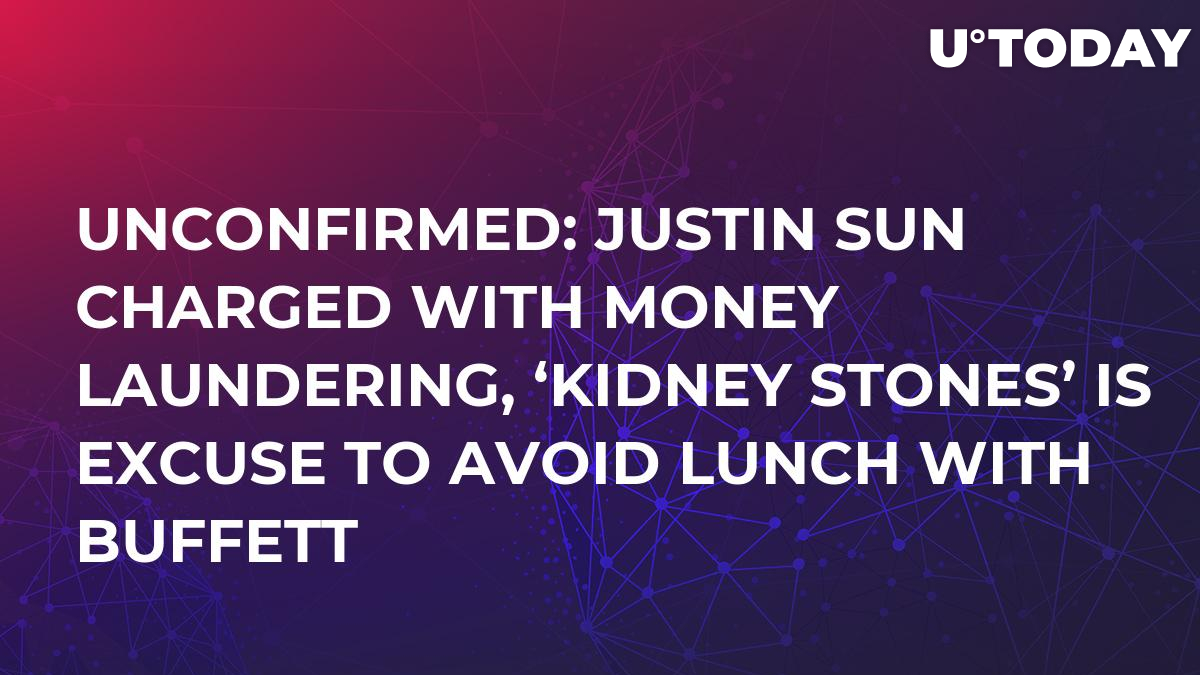 Earlier this morning, the Tron founder Justin Sun had postponed the date of his lunch with the world’s investment guru Warren Buffett over suddenly discovered kidney stones.

That happened just a couple of days before the event that the whole crypto industry has been looking forward to.

However, a Twitter user says that Justin Sun seems to have been dishonest with the crypto industry not only now (with the sudden ‘kidney stones’ diagnosis) but all the way through since Tron started operating.

It's been reported on Weibo that Justin Sun was issued an exit ban by China's Ministry of State Security & is currently under investigation for money laundering, Ponzi fraud etc

How can Justin have lunch with Buffet when he isn't even allowed to leave China!$TRX pic.twitter.com/NSdM882veY

As per the @PandaofBinance, Chinese authorities have forbidden Sun to leave the country and are charging him with money laundering, use of Ponzi schemes, etc. An investigation is currently underway.

The price of TRX has responded to the news by dropping almost 14 percent on CoinMarketcap and is currently the worst performing coin on the top twenty list.