Alex Dovbnya
Justin Sun keeps the Tron community in suspense, but its members are seemingly not impressed 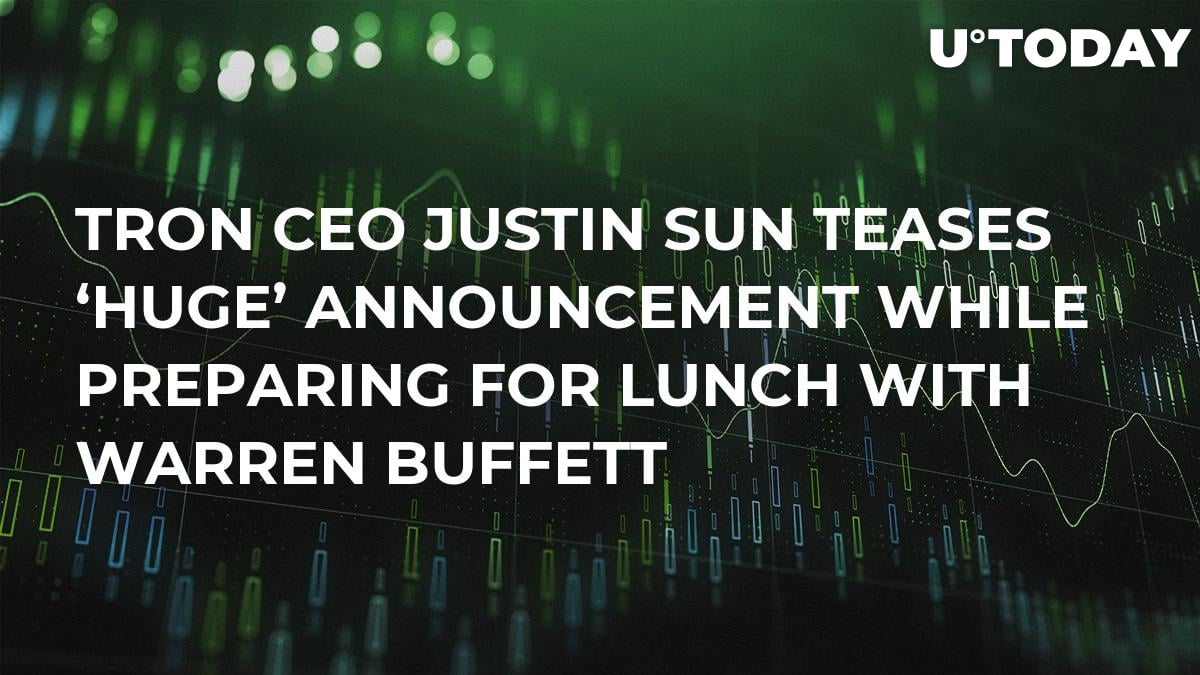 Tron CEO Justin Sun has just spilled the beans about some sort of ‘huge’ announcement that is coming next week.

Currently, the twitterati is preparing for his highly anticipated lunch with Warren Buffett, asking his armada of followers to suggest some good questions.

Sun is known for acting coy with Tron’s huge user base, thus amplifying the hype around his project. However, the impact of this marketing trick on the price of TRX is rather dubious. For example, he made a similarly obscure tweet on Jun 1 that generated thousands of likes, but the coin remained in the red.

Judging by the reception of his most recent tweet, it seems clear that this tactic has become tired, and many of Sun’s followers are simply ridiculing him. In fact, it was hard to find at least one user who would be genuinely excited about this.

Does not work anymore ?

Whatever the announcement is, it will be most definitely overshadowed by Sun’s lunch with billionaire Warren Buffett that will also take place next week. As reported by U.Today, the Tron CEO forked out a whopping $4.5 mln to win this year’s charity lunch with the Oracle of Omaha.

Despite skepticism, Sun is certain that he could win over the stubborn crypto hater. In the interim, he asked his followers to come up with some questions for Buffett.

Ask him the last time a liquid asset class/market reached nearly 1 Trillion USD and didn’t result in a dramatic and transformative impact on society.

Let’s ask @WarrenBuffett what he thinks about the powerful network effects of distributed token economies?