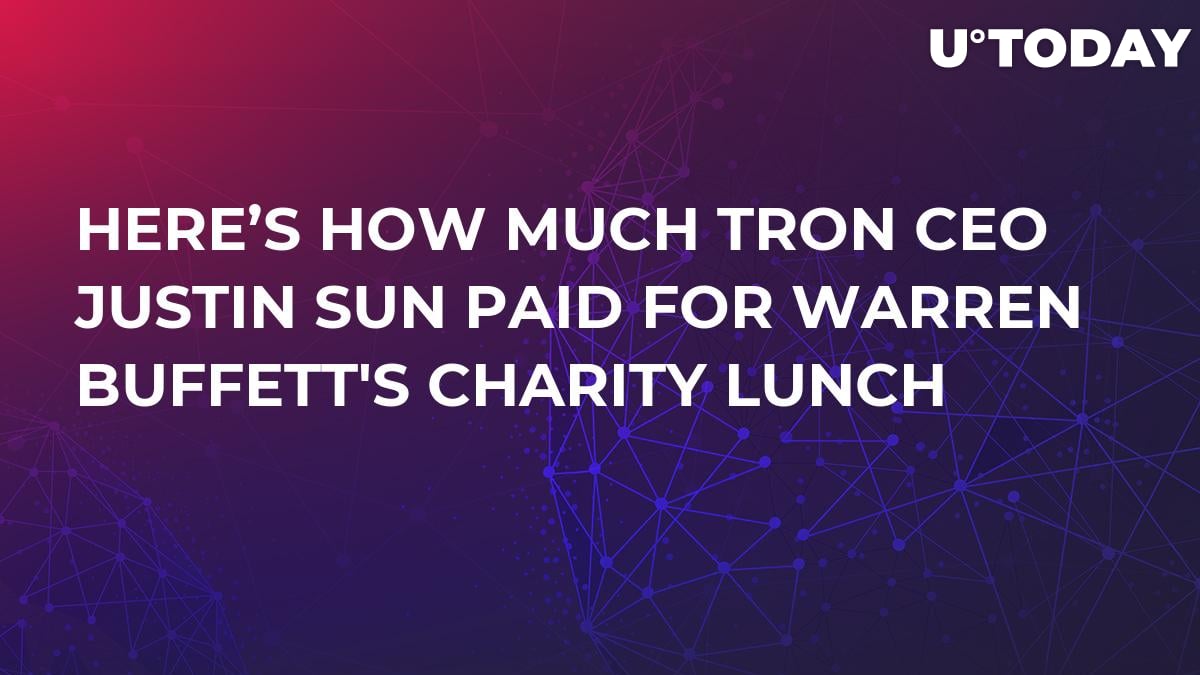 Tron founder Justin Sun has just announced that he won a charity dinner with Warren Buffett. Sun had to fork out a whopping $4.5 mln for an opportunity to meet the ardent cryptocurrency critic in person.

Buffett is probably the last person one would call a food connoisseur. Despite being the third richest person in the world, the Oracle of Omaha famously has a penchant for fast food from McDonald’s. Hence, it is clear that the lunch is not about the meals – the hefty sum will go to the Glide Foundation that is supported by Buffett’s late wife.

The price of a “power lunch” with Buffett reached a record-breaking $4,567,888 this year. For comparison, it was only $25,000 back in 2000, but the bids became significantly higher when any volunteer got an opportunity to take part in an online auction on eBay.

For Sun, the avocado-loving Tron CEO who constantly seeks publicity, that is undeniably a huge contribution. Apart from feeding the poor, this is also a great opportunity to educate Warren Buffett on crypto, which he vehemently hates.

As reported by U.Today, Buffett infamously called cryptocurrencies 'rat poison squared'. While his attacks on crypto didn’t stop there, the billionaire investor did admit that Blockchain is important.