Trader Henrik Zeberg Suggests That Bitcoin Price Has Begun Its Monumental Crash to $1,760

Alex Dovbnya
The Bitcoin price is in for a precipitous plunge to the $1,700 level, according to trader Henrik Zeberg 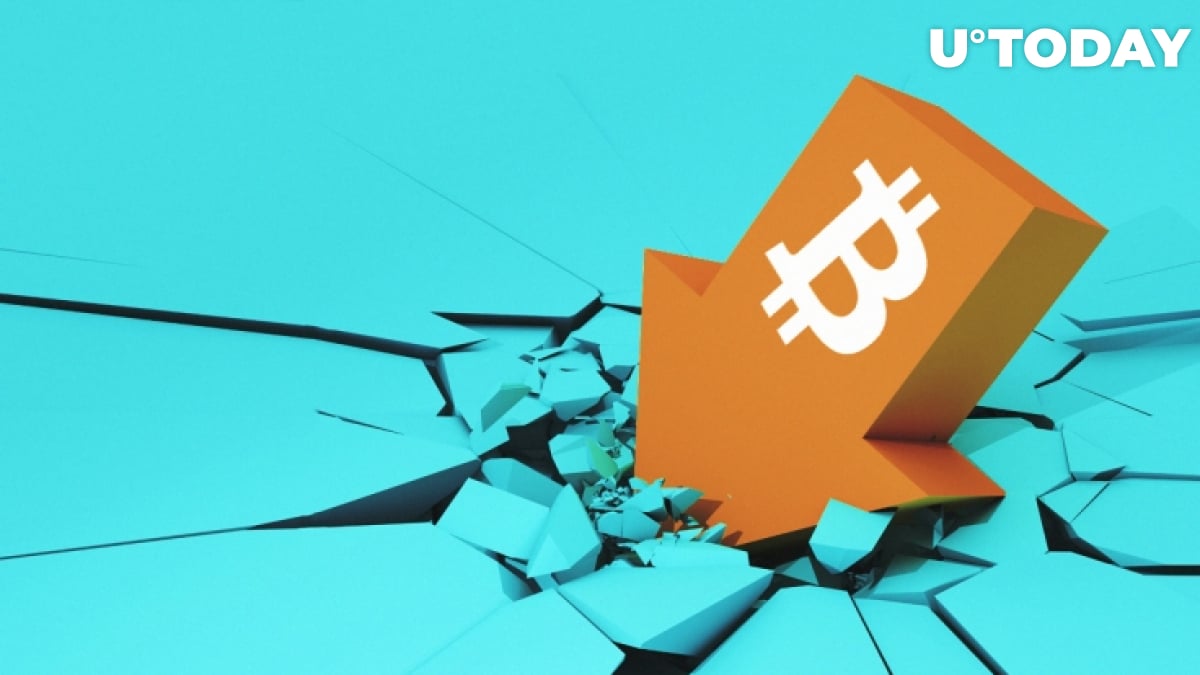 In a recently published tweet, macroeconomist and trader Henrik Zeberg says that the Bitcoin price is still on track to collapse the $1,760 level by July. This almost certainly takes the cake when it comes to the most bearish price predictions.

#Bitcoin breaking trendline! Did decline towards ~1760 USD begin? I will be following up on Bitcoin on Sunday in Weekly Report on www.TheZebergReport Which path could we potentially expect down towards the bottom? #TheZebergReport pic.twitter.com/ssQBXegAGb

As shown in the chart below, the top cryptocurrency is currently breaking the pivotal trendline, which might indicate that the monumental plunge has already begun, according to Zeberg.

As reported by U.Today, the cryptocurrency market took a bearish turn last week, and Bitcoin is currently struggling to regain the $9,000 level big time.

The see-sawing price that can be observed at the time of writing is unlikely to last for long, which suggests that the bears might finally end up behind the wheel.

In today’s market review, Kitco’s market analyst Jim Wyckoff noted that Bitcoin’s price uptrend on the daily chart was ‘in jeopardy’ after the aforementioned correction. Hence, it’s high time for buyers to step in order to prevent another downturn.

The fragility of the BTC price coupled with the network’s worsening fundamentals could indicate the start of another bear cycle, according to Glassnode data.

Even though Bitcoin has managed to completely recover from its seismic May 12 crash, Zeberg continues to stick to his guns.

In his earlier tweet, he explained that he explained BTC to drop to the aforementioned target because of skyrocketing real rates. The same fate awaits gold as well if the trader’s analysis is valid.

However, even if BTC does collapse to $1,760, this would be the generational buying opportunity for investors. Zeberg predicts that it could rocket up to $94,000 during another bull run.