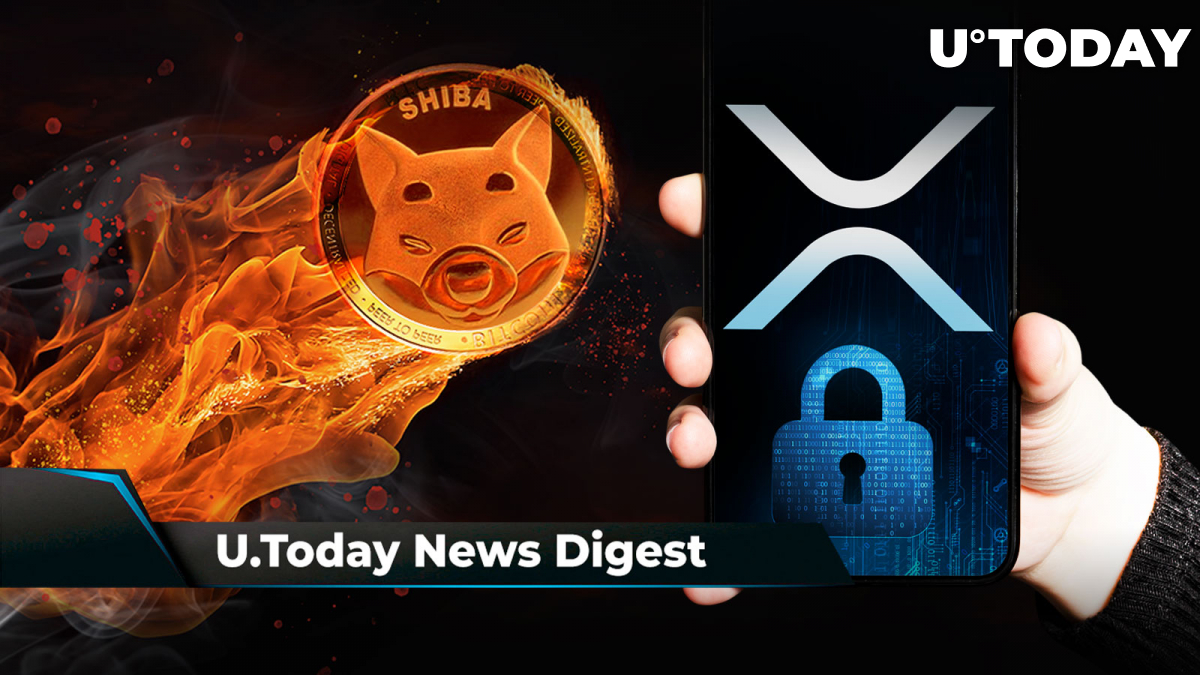 Shiba Inu’s burn rate saw a massive spike following the surprising increase in trading volume on a SHIB whale address that purchased more than 300 billion meme coins. According to Shibburn service, 170 million SHIB tokens have been burned, which is a 250% increase since Tuesday, Aug. 9. The rising number of burned coins correlates with SHIB’s price growth on the market; in the last 50 days, the value of the meme crypto increased by more than 50%. As a result, a significant number of retail whales returned to purchasing huge amounts of Shiba Inu tokens, which could have caused the most recent price spike.

Yesterday, an XRP enthusiast started a Twitter discussion by asking all Ripple executives whether the XRP locked up in Ripple's account are circulating and, if not, whether it conflicts with the independence of the two entities. Nik Bougalis, director of engineering, answered that he does not have a strong opinion on the matter, but he leans toward including XRP escrows in the overall token offering. Tiffany Hayden, the self-titled CEO of XRP, said that XRPs from escrow accounts can be sold, and anyone can lock their tokens in a similar way. Former Ripple developer Matt Hamilton replied that blocked XRPs are similar to Bitcoin sent via Lightning: if you exclude all BTC blocked in Lightning transactions, the BTC supply will tend to go to zero. Ripple CTO David Schwartz objected, saying that there is still a difference in these transactions because escrowed XRP cannot circulate and BTC on Lightning are able to move in the form of debt. The participants did not come to a final conclusion as the topic is quite subjective.

Testnet of BabyDoge Swap to go live next week

According to an announcement by the BabyDoge team, the project’s swap protocol will be launched next week. The feature is claimed to be the first swap with zero fees. The protocol will also include such features as farming and staking. As covered by U.Today, the price of the Dogecoin copycat recently saw a spike by more than 20%. The reason behind the spike was likely a teaser of a major announcement bolstered by some speculation that the coin would soon get listed on some major exchange. BabyDoge was also reported to reach an important milestone of 1.6 million holders, which might become fuel for an upcoming rally.

To the great delight of all Bitcoin holders, the price of the biggest cryptocurrency on the market surged to an intraday high of $24,010 on the Bitstamp exchange yesterday. The price increase followed cooler-than-expected inflation data; the consumer price index (CPI) for the previous month increased by 8.5%, which is below analysts' consensus estimate of 8.7%. The cause of this lies in significant declines in gas prices and airfare. The current CPI data means that the U.S. Federal Reserve may now slow down the pace of rate hikes. At the moment of writing, Bitcoin continues trading above the $24,000 level at $24,424, according to CoinMarketCap.