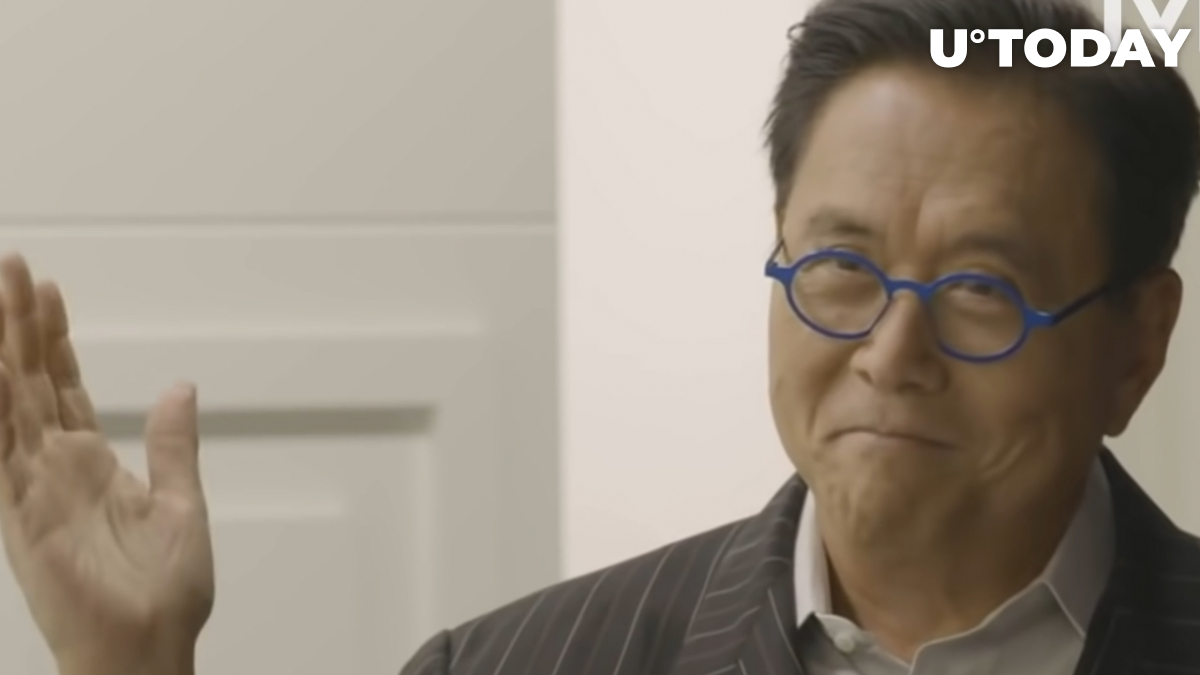 Investor, entrepreneur and author of a number of bestselling books on financial markets and financial literacy, including "Rich Dad, Poor Dad," Robert Kiyosaki has taken to Twitter to comment on the current situation on the crypto market.

"I remain bullish on Bitcoin’s future"

Kiyosaki tweeted that he still sees the future of Bitcoin as a bright one. However, he is preparing to see BTC test a new bottom. It seems that Robert, who is invested in BTC, as well as gold and silver, as per his earlier tweets, is prepared for the leading crypto to go down as low as $20,000, $14,000 or even $9,000.

Kiyosaki says he is still bullish on Bitcoin long-term, because he believes the Federal Reserve and U.S. Treasury to be corrupt organizations.

I remain bullish on Bitcoin’s future. Waiting for test of new bottom. $20k? $14 k? $11 k? $9 k? Why do I remain bullish? Fed and Treasury are corrupt organizations. They will self-destruct before they regain honesty, integrity and moral compass. Take care. Be aware.

In 2020, when the Fed printed more than $6 trillion to help the U.S. economy survive the pandemic, many blamed the U.S. government for this massive quantitative easing, and Kiyosaki was among them.

He then posted multiple tweets about a USD collapse expected soon and urged everyone to acquire Bitcoin, silver and gold.

Related
Bitcoin Dominance Is Stronger Than It's Been in 6 Months

Prominent BTC opponent Peter Schiff yesterday tweeted that he was surprised to see Bitcoin "holding up this well," meaning the $30,000 zone.

However, Schiff reckons that this is nothing but a bull trap whose goal is to lure in more investors. This is why he warned Bitcoiners not to get cocky about BTC holding near $30,000.

So far, the flagship digital currency has managed to recover slightly above $30,000. However, Schiff believes that should it break significantly below this level, the bear wave would take it down below $10,000.

Overall, while being one of the harshest Bitcoin critics, Schiff tweets about BTC more than some popular Bitcoiners. In late 2020, he was acknowledged as a Bitcoin influencer and got into the top 10 list. His son Spencer is a Bitcoiner, unlike Schiff, who believes gold is far superior to BTC.

Another drawdown is possible: Bloomberg

On May 19, Bloomberg analysts published a forecast that says that another plunge for Bitcoin is possible soon. According to their chart, a "saucer-top" pattern has been forming for BTC, along with "Head and Shoulders" forming inside it.

In order to avoid a further price collapse, Bitcoin needs to rise above $30,800 and fix there firmly, Bloomberg analysts believe.