Alex Dovbnya
New York Supreme Court postpones its ruling on the case against Bitfinex and Tether, meaning that they can continue operating normally 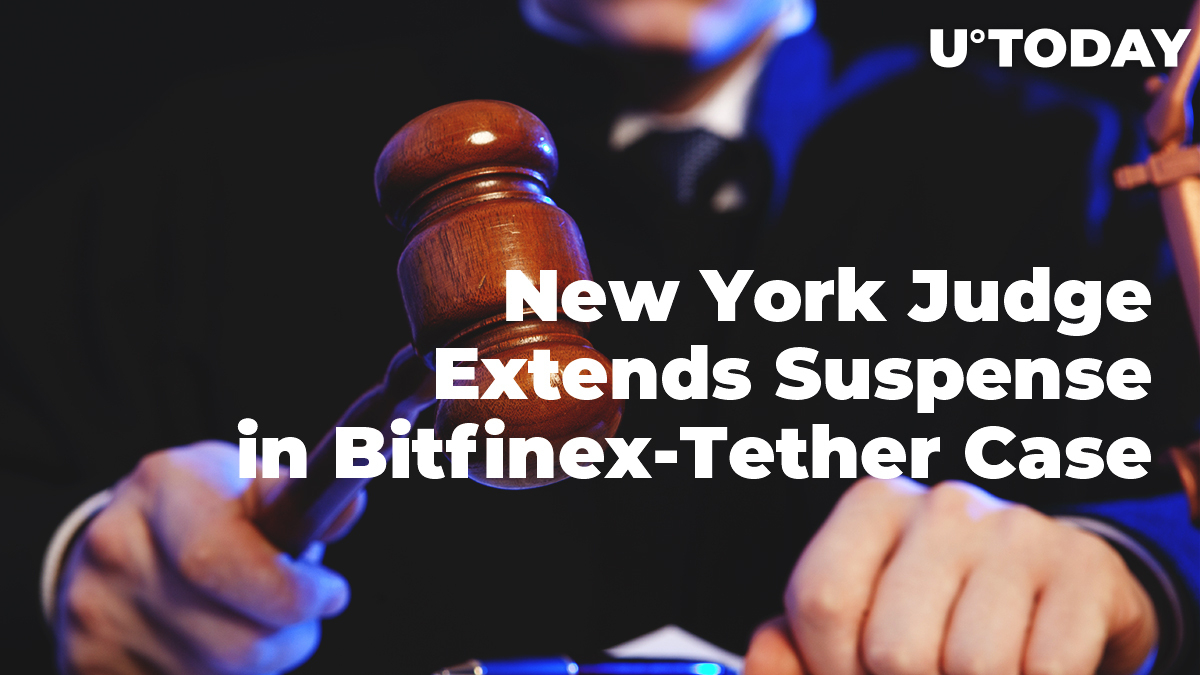 On July 29, New York Supreme Court resumed hearing on the case against cryptocurrency exchange Bitfinex and affiliated stablecoin issuer Tether to no avail.

Judge Joel M. Cohen has extended his preliminary injunction for 90 days, which means the New York Attorney General’s office will be able to continue its investigation into the exchange.

All eyes on Bitfinex

During this particular hearing, the judge was supposed to decide whether the NYAG lacks jurisdictional power to demand documents from the companies. A ruling in Bitfinex’s favor would put an end to the investigation, but Cohen needs more time to ruminate on the case.

Lawyers who represent the controversial exchange order a motion to dismiss a case against them given that both Bitfinex and Tether are based overseas and do not serve New York residents.

As reported by U.Today, the legal battle between the NYAG, Letitia James, and Bitfinex started back in April when the latter was accused of covering up its $850 mln loss with the help of Tether. Bitfinex swiftly denied these ‘false assertions.’

The event kept Bitcoin enthusiasts on the edge of their seats given that it could have a major effect on the BTC price. There have been multiple allegations that Tether is able to be manipulated the crypto market.