NANO Quotes Going Down Despite Platform’s Boost in China

Yuri Molchan
Along with the rest of the market, which has been dominated by sellers lately, NANO has fallen from its high of $1.80 down to $1.10 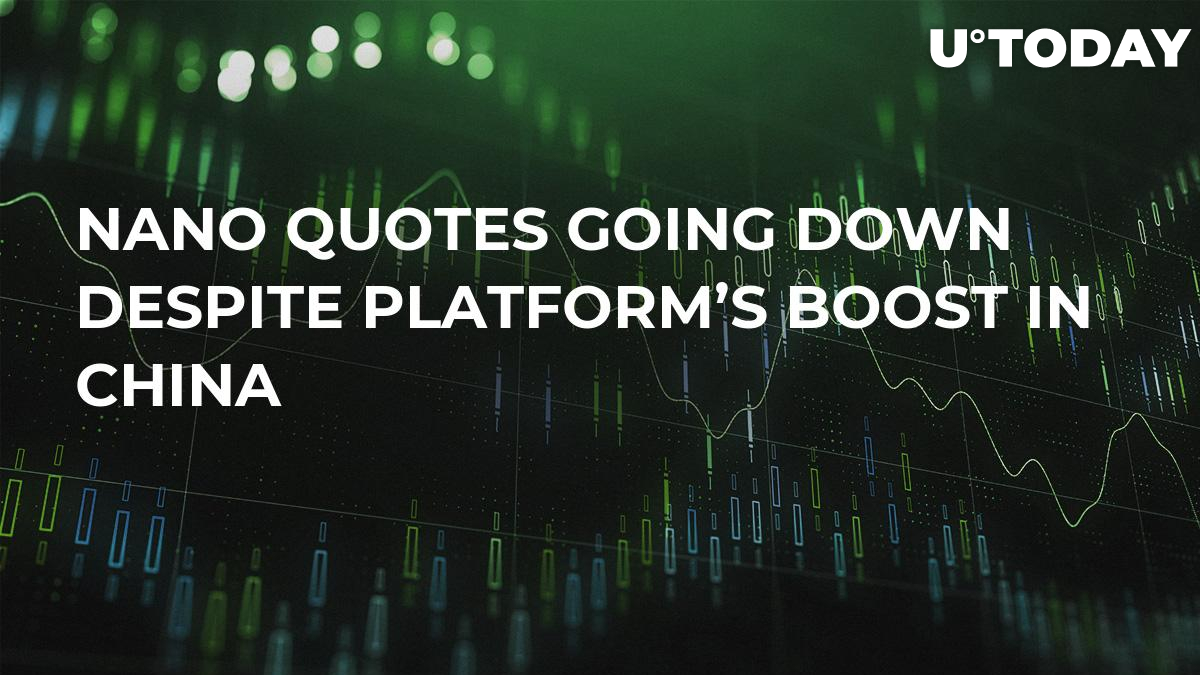 Over the past few days, most crypto coins, headed by the top 10 assets, have been neck deep in the red wave. Expert crypto web resources state gloomy statistics that the market and the whole industry have lost more than $41 bln over the last week alone. Bitcoin, the locomotive of the market, has slumped from $6,300 down to $4,400.

Crypto observers believe that the current price decline that has also made NANO go down is due to the recent hard fork of Bitcoin Cash. This thought has found a lot of supporters since BCH seems to have lost way more than other coins. At the time of writing, BCH is trading at $238,93, having lost around 43 percent of its price.

After the hard fork, the original chain split into BCH SV and BCH ABC. However, most exchanges as well as Coinmarketcap keep using the BCH ticker to refer to BCHABC. It is still in the 4th position, whereas BCHSV is down in place 1727.

Related
Bitcoin May Be Going Bust But Blockchain is Going Nowhere

NANO rolling out in China

From now on, the Chinese crypto community will find it easier to follow the project’s news and take part in it by investing and trading, since the platform has recently created an official website in Chinese. The project’s team promises on this site that the portal will have all tools to let the local community use NANO without any trouble.

A few weeks ago, NANO got boosted by one of the biggest exchanges, Huobi. In early October, it publicly said that the coin will be listed on their platform. Prior to that, the coin was added to the world’s biggest crypto exchange, Binance.

Is a price correction to happen soon?

Over the last days, numerous crypto experts have adopted a bearish attitude towards the market. Among them is Tom Lee from Fundstrat. He has been predicting Bitcoin to reach $25,000 by the year’s end. Now he has cut down his expectations to $15,000.

It seems that the price of NANO will keep depending on the overall market trends, and it will keep sliding down until the general trend begins to reverse.

Anyway, the project should be ready for this as the developers keep working to improve it.