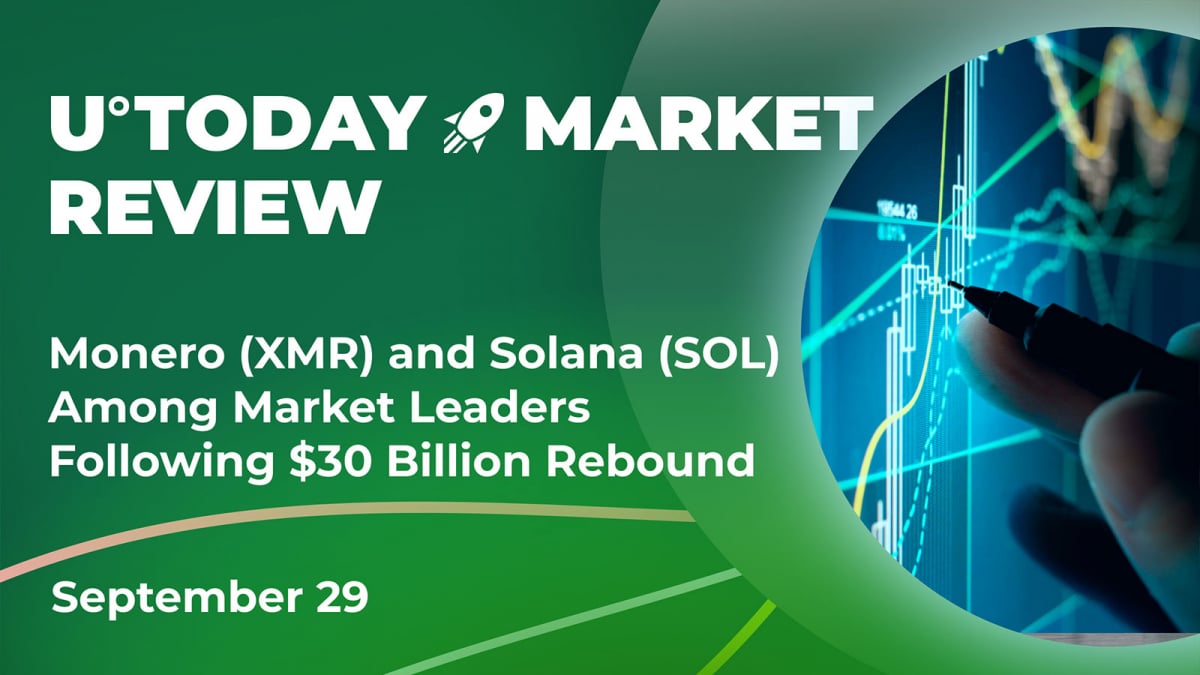 The cryptocurrency market is once again showing a mild recovery by the end of the week as its capitalization saw a $30 billion inflow in the last 24 hours. The main reason, however, is purely technical as no signs of a fundamental reversal appeared in the space previously.

Monero and Solana on the run

Both XMR and SOL have unexpectedly entered the top of the most profitable assets on the market in the last 24 hours, despite the problematic performance we saw on both assets in recent months.

Unfortunately, both assets are in complicated positions right now. Monero has been moving under a bearish flag for the last few weeks after the explosive 70% run we saw in June and July. However, the long-term picture on the chart looks grim, and the privacy coin needs more support from investors.

Solana, however, is in an even more depressing state as the prolonged consolidation for the asset has already lasted for more than 100 days without SOL making any attempts to break through. The most likely scenario right now is the continuation of the anemic movement on the market until we see a more fundamental reversal.

Bitcoin is in sharp downtrend

Despite the mild reversal we are seeing today and the 6% recovery observed yesterday, Bitcoin is still located in a sharp downtrend and has been continuously losing its value in the last few weeks.

Even with a spike above $20,000, BTC will still be guided by the strong trendline resistance it was not able to break in the last two breakthrough attempts. However, the ascending trading volume can be considered a positive sign ahead of another breakout effort.

In order to exit from the local downtrend, Bitcoin would need to rally toward $22,000 and gain a foothold above the 50-day moving average. At the same time, large inflows to the market are required for us to see the rally toward the last-three-months' high of $25,000.

While Bitcoin is showing some signs of a reversal, the second biggest cryptocurrency on the market is in a questionable position in terms of technical analysis as the most recent price correction ended with a consolidation in which volume profiles remained stagnant, a sign of a flagging momentum.

Usually, consolidation periods for digital assets are the best time for an accumulation. However, Ethereum is not showing any signs of it despite its anemic price performance. The average daily volatility of Ether is currently at the lowest level since the beginning of this month.