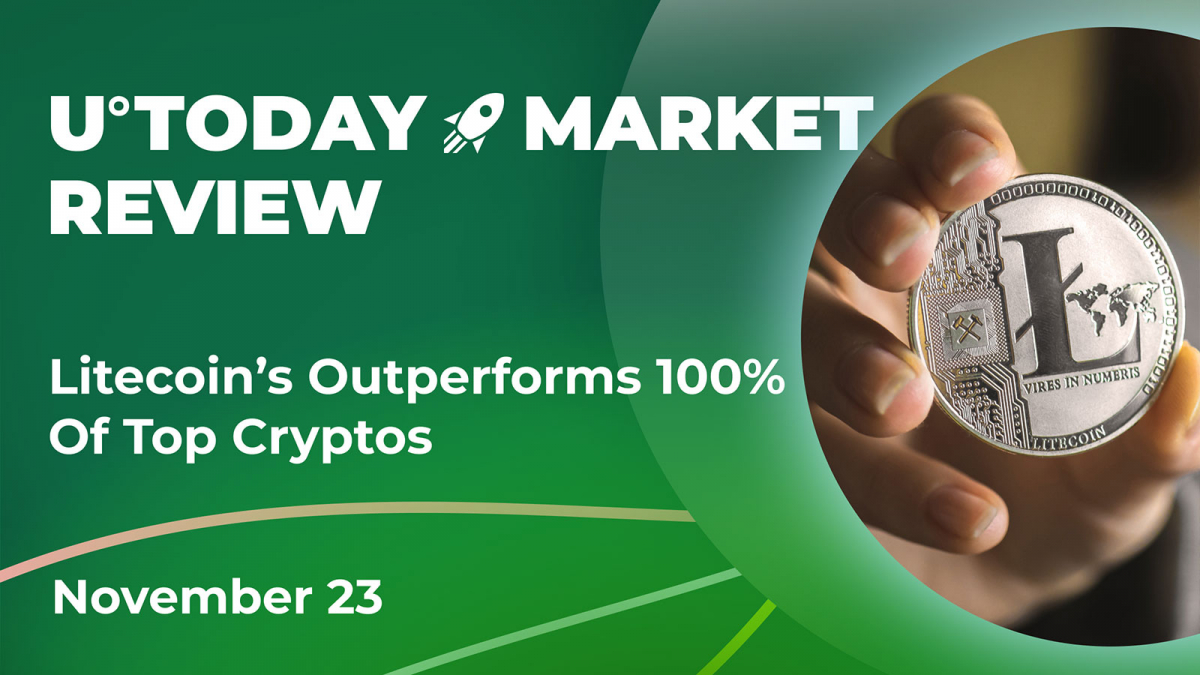 Finally, the cryptocurrency market's momentum is normalizing, with most assets returning to their normal price range and some of them showing exceptionally strong performance, despite the depressing state of the market.

LTC has been surprising cryptocurrency investors on the market for the last few months, as it has been actively breaking out since August. Unfortunately, large selling pressure negated any successful performance of LTC on the market, pushing it back to the trading range it had been moving in prior to the breakout attempt.

Finally, on Nov. 2, Litecoin had a successful breakout attempt, exiting the three-month-old trading range and moving toward the local resistance level reflected in the 200-day moving average. On Nov. 7, LTC failed to move past the moving average and tumbled to the lower range of the trading channel.

Two days ago, bulls continued to drag LTC to new highs, providing more than $43 million in buying support, which became the foundation for the rally that is now fueled mostly by retail investors who are jumping on the strongest position on the market.

While Ethereum or Bitcoin holders have no other choice but to look at their holdings' profitability dropping to the 50% threshold, most of Litecoin's investors are getting back into profit, according to profitability indicators.

Only a slight 5% price increase will put long-term holders back in profit despite the prolonged downtrend Litecoin has been suffering for the last 560 days. Such devastating performance practically destroyed LTC's attractiveness among investors, but the situation may change if the explosive price performance prevails on the cryptocurrency.

In the last 24 hours, more than $50 billion returned to the cryptocurrency market, which is the main reason behind the positive price performance of the majority of assets: Litecoin, Bitcoin, Ethereum and smaller altcoins are showing solid recoveries across the board.

While there is no fundamental reason behind the return of the market into the green zone, the most likely cause behind the positive capitalization netflow is the attractiveness of oversold digital assets that bring more opportunities for investors who are willing to gradually gain exposure to cryptocurrencies.

Unfortunately, cryptocurrencies have a long way to go before reaching pre-FTX price levels. The worst part of the crash of SBF's empire is the reputational damage to the industry that will be considered even more dangerous for institutional funding.

Since the crash in May, institutional inflows to the industry were at extremely low levels, and most of them were exposed to various short Bitcoin ETFs that give inventors reverse exposure to BTC.

Despite seeing some positivity on the cryptocurrency market, it is too early to call it a day and declare the beginning of the recovery run. The digital assets industry would still need to gain back around $200 billion in capitalization to return to the pre-FTX level. At this point, it is not clear what will fuel the market's recovery.