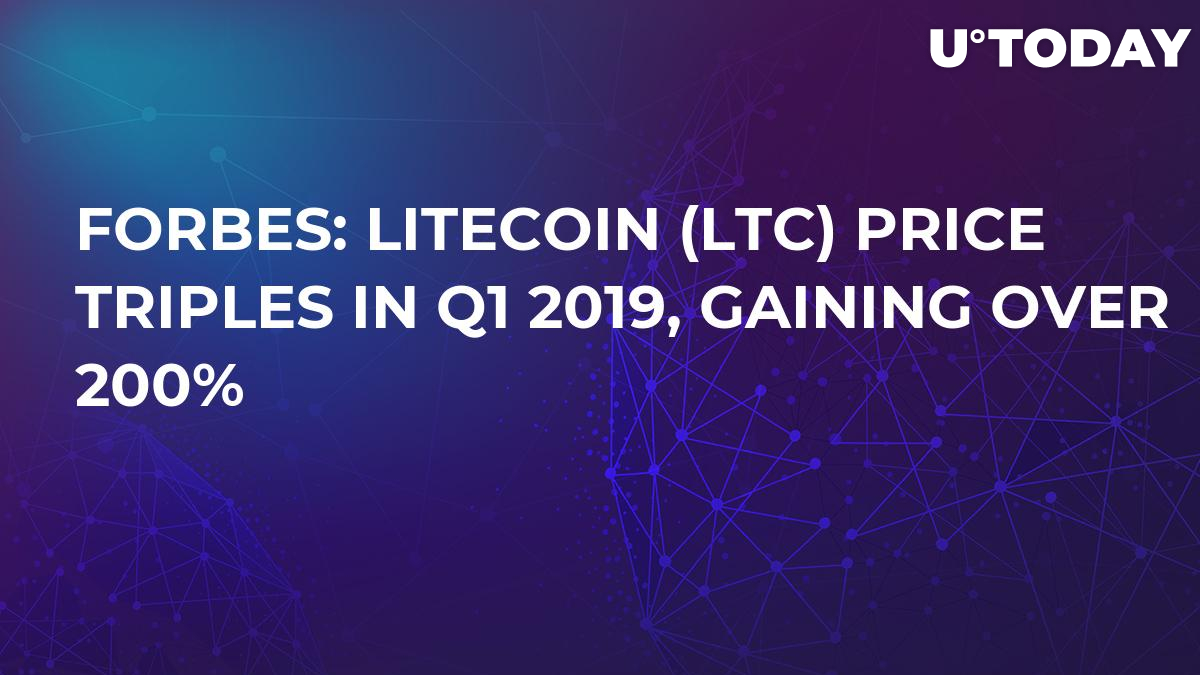 A recent Forbes article reports that Litecoin (LTC), the ‘silver gold’ has recently achieved a high of almost $99. That happened on April 3. By that moment, LTC had appreciated by nearly 230 percent YTD.

Despite the fact that LTC has retreated somewhat by now, losing some of its gains, its rate is up more than 200 percent year-to-date, thus letting it outperform is top ten list rivals this year so far – such as, BTC, ETH, XRP and BCH.

Forbes quotes a report by SFOX where five key factors are mentioned which impact the aforementioned rise of Litecoin.

In August 2019, the reward for mining LTC will drop by 50 percent, which will reduce the amount of newly minted LTC which enters the ecosystem. This is expected to push the LTC price up, since there will be fewer coins.

Some platform, such as Binance, are using the same principle. However, they achieve this goal by burning their native coins.

Related
Bitcoin Hasn't Been This Overbought Since Its Price Reached $20,000: Bloomberg

Since Charlie Lee launched Litecoin back in 2011, by now the amount of merchants that accept LTC has expanded. The coin was meant to be P2P cash, so any expansion of its use can cause a surge in LTC rates.

By now, SFOX states that "tens of thousands [of] merchants worldwide and growing" are selling their goods and services for LTC.

Among other things that have enabled Litecoin to rise is a higher speed of transactions. Starting from under 300 transaction channels in January this year, now the network has grown to nearly 1,300 ones.