Alex Dovbnya
While Bitcoin struggles to rebound after its most recent price pullback, its new fork steps into the breach 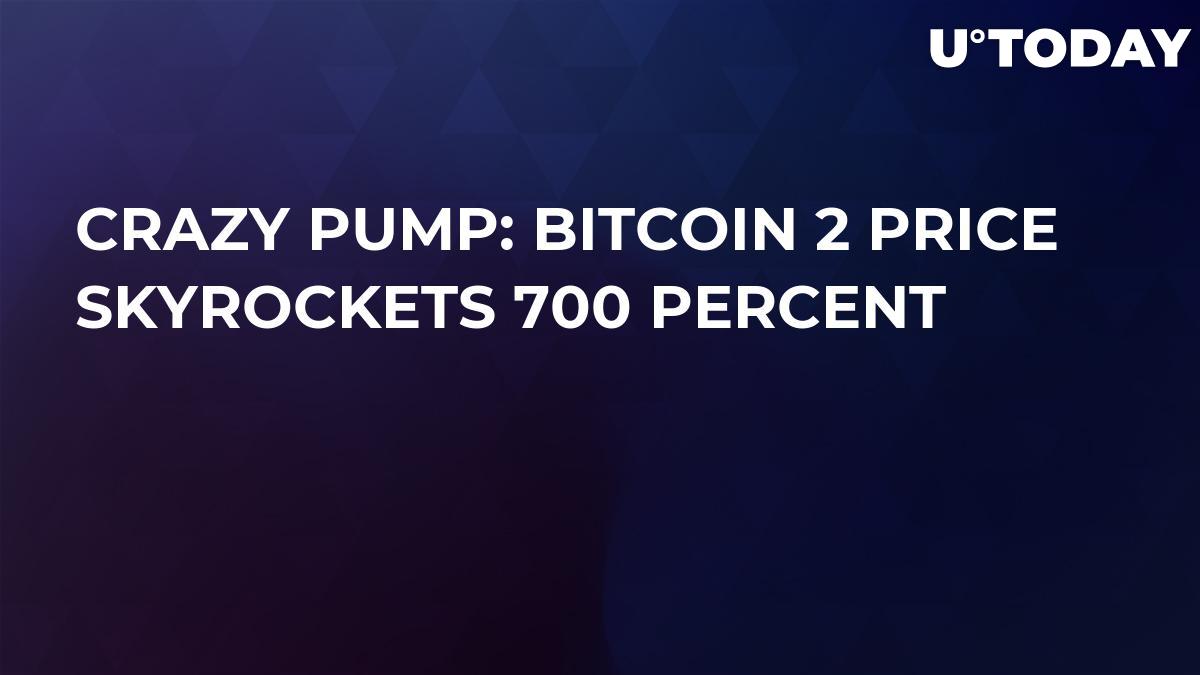 Bitcoin might have had a huge 100 percent rally in 2019, but it has been completely dwarfed by its new fork, Bitcoin 2. The price of BTC2 spiked by more than 770 percent, which allowed it to enter the CoinMarketCap top 100.

BITCOIN 2 - The most awaited sequel of the year ? pic.twitter.com/kRqG2np24W

The fork, which has been under the radar since its very inception, allegedly deals with all major pain points of Bitcoin.

To top it off, you can also run your own masternode for nearly instant transaction confirmation. You are required to have 1,000 BTC2 ($1,960 at the time of writing) as collateral.

The whole thing almost definitely seems like a coordinated pump-and-dump scheme that was designed to scam those who came late to the party. 80 percent of its volume came from Estonia-based Crex24, which has a rather questionable reputation.