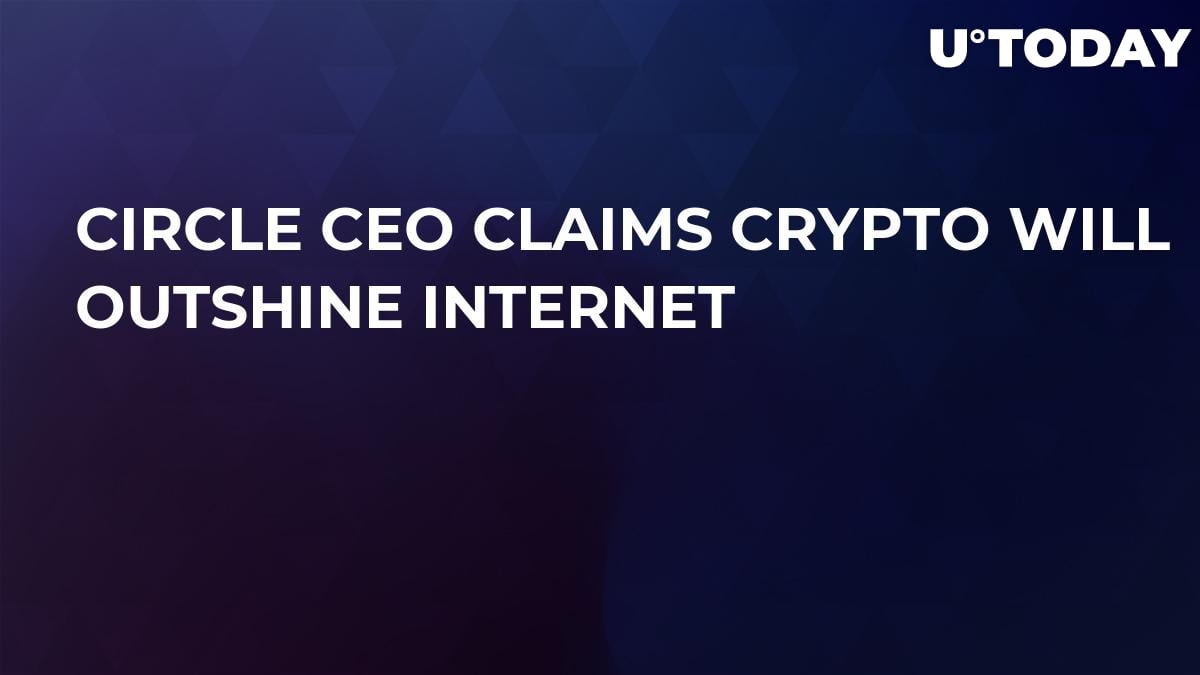 Circle founder and CEO Jeremy Allaire claims that crypto will be bigger than the Internet. Meanwhile, the Goldman-backed startup is on a roll as of recently, trying to solidify its “Bitcoin unicorn” status with a slew of deals and its own dollar-backed stablecoin.

During his recent interview with CNBC, Allaire doubled down on his support for crypto, making an assumption that everything is going to be tokenized in a matter of years (that also includes traditional assets in the likes of equities). The Bitcoin bull is not entirely certain that investors would be willing to trade equities with Bitcoin, predicting that they will stick to traditional money.

Still, the ability to seamlessly exchange value over the Internet while cutting out the middlemen along with additional expenses would make the web “a cute experiment”, Allaire believes. He also states that the rapid development of this technology will coincide with regulatory progress.

This somehow echoes the comments of Zillow CEO Spencer Rascoff who earlier compared Blockchain technology to the Internet.

Back in March, Circle joined the so-called “Bitcoin unicorn club” by raising $110 mln during its Series E funding round led by Bitmain, a Beijing-based crypto startup.

Circle is currently on a deal spree despite the 2018 crypto rout. On Oct. 5, U.Today reported about the acquisition of a major equity crowdfunding startup SeedInvest with an intention to meet the SEC requirements for offering security tokens. This is only one of the most recent bets placed by Circle — the Goldman Sachs-backed startup also bought the Poloniex exchange and issued its own stablecoin USD Coin (USDC).