Bitcoin Price Fell to $6,200 and Goes On Falling

Antony Koroid
The reversal of Bitcoin against the recent upward price trend is gaining the momentum, and a fall in the bearish territory below $6,200 is likely enough 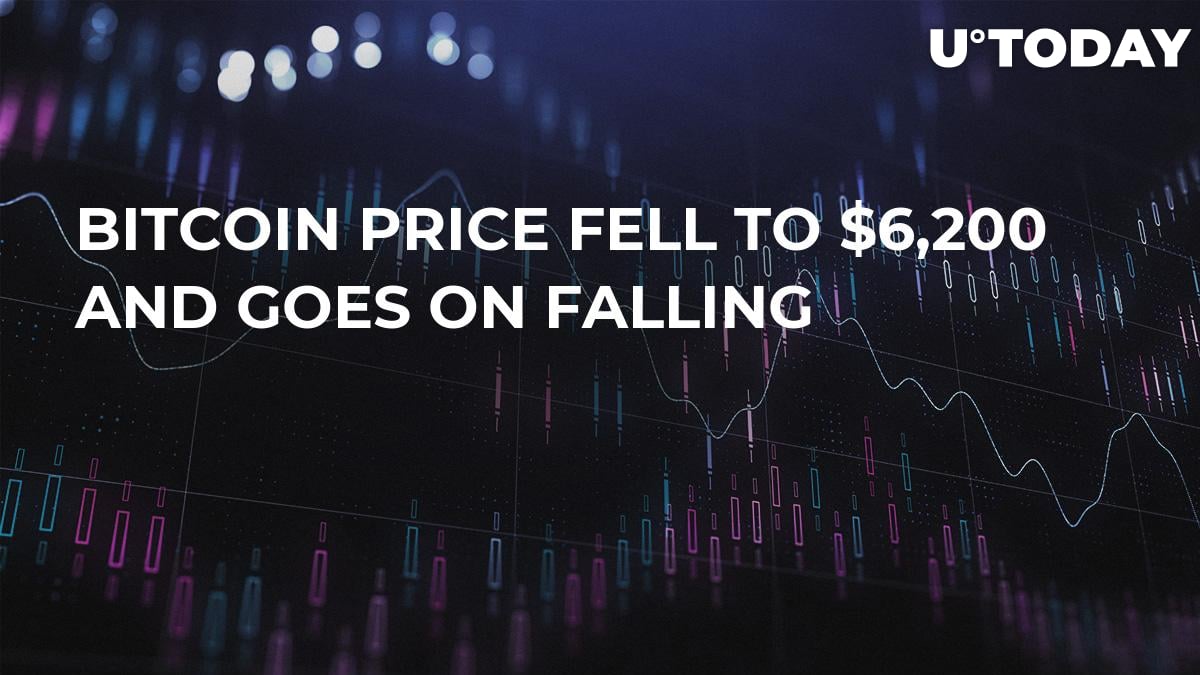 The reversal of Bitcoin against the recent upward price trend is gaining momentum, and a fall in the bearish territory below $6,200 is possible now, technical charts indicate.

Yesterday the leading cryptocurrency stopped below the lower limit of the ascending channel, canceling the bullish price action observed earlier this week. In fact, the rally started at Oct. 31 from a low of $ 6,201 and ended with a high of $6,540 on Nov. 7.

BTC has recently reached a five-day low of $6,335 after a sudden $100 drop. At the time of the writing, BTC is trading at $6,404, according to Coinbase. The negative continuation of yesterday’s breakout of the bullish channel indicates that bears are likely to feel encouraged, reducing prices by 2.9 percent from weekly highs.

As a result, support for the trendline lows from Oct. 11 may be broken in the next few hours, opening the door to a fall below the recent higher low of $ 6,200.

It follows from the BTC price hourly chart analysis the cryptocurrency sets a bearish lower highs and lower lows pattern, confirming yesterday’s breakout of the bullish channel. In addition, prices seem to have found acceptance with the crucial support of the 200-hour exponential moving average (EMA), and major EMAs — 50, 100 and 200 — are starting to roll over in favor of bears.

At the same time, the 50-hour view is set to cross the 100-hour EMA from above, reinforcing the already bearish technical setup.

A drop below the immediate support of $6,330 (61.8 percent Fibonacci retracement), however, is likely to occur after a minor consolidation fight, as the relative strength index (RSI) reports oversold conditions below 30.

On the daily chart, there is a symmetrical breakdown of the triangle, and the closing above the critical 50-day resistance of the EMA, which was observed earlier this week, didn’t lead to a significant increase of prices.

A failed attack often puts the bears back in the driver’s seat. Therefore, in the near future, we can expect a movement to the price of $6,200.

The combination of a failed breakout on the daily chart and a bearish setting on the hourly chart indicates that the cryptocurrency may soon fall below $6,274 (the trend line connecting Oct. 11 and Oct. 31, which gives +76.4 percent support for Fibonacci retracement) and fall below $6,200.

A UTC close below $6,200 would cancel out the higher minimum model seen on the daily chart, shifting the risk in favor of falling below the psychological $6,000 mark. The bullish rebirth is only seen above the weekly high of $ 6,540.