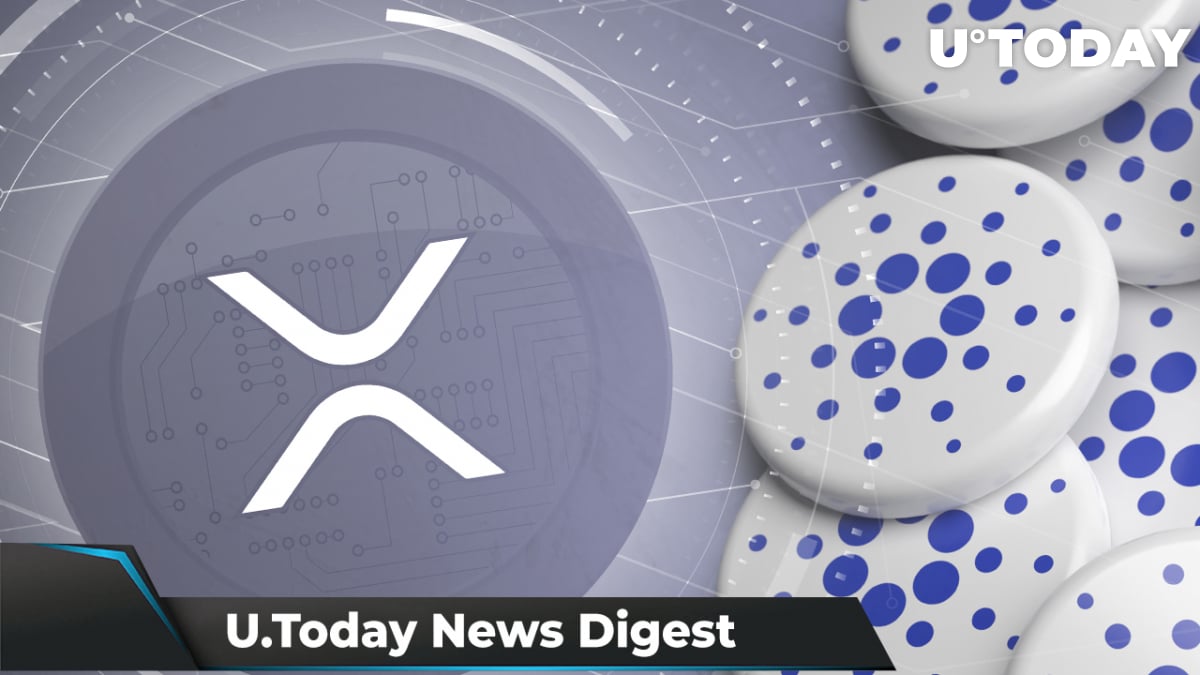 Cardano and Ethereum are known for their competition in terms of transaction volume, and yesterday, fortune smiled upon Cardano. The transaction volume of Charles Hoskinson’s blockchain surpassed that of Vitalik Buterin’s creation ($7.02 billion and $5.41 billion, respectively). Notably, Cardano users only paid $66,058 in transaction fees during the last 24 hours compared to Ethereum’s $44.74 million. The price of ADA reacted to the news, surging roughly 7%.

Cardano also won in a survey created by Buterin last week, in which he asked which Ether alternative could become the world's leading cryptocurrency by 2035.

$40 million worth of XRP withdrawn by this whale from Binance

Thanks to Ripple’s victories in the SEC case, XRP coin is gaining more trust from traders and investors, which can be seen from a series of large transactions made from various centralized exchanges. Yesterday, an anonymous whale moved $40 million worth of XRP away from Binance. At the moment, he or she owns a whopping 520 million XRP coins. The address has been regularly receiving transactions from Binance, leading some users to believe that it is linked to the centralized exchange and used for internal transfers.

XRP did not seem to react to large transfers, with daily volatility remaining at the same level.

According to the policy chief at the U.S. Blockchain Association, Jake Chervinsky, unlike other crypto companies that chose to "cave and settle" when the SEC sued them, Ripple Labs and the XRP Army are giving the regulator “the hardest fight of their careers.” Chervinsky believes that even Elon Musk’s resistance cannot be compared to how tough Ripple’s supporters are. Back in 2018, the Tesla CEO tweeted about “considering taking Tesla private at $420,” which the SEC called a “false and misleading statement.”

In his recent post on Twitter, cryptoanalyst Lark Davis reported that Cardano is the second-largest blockchain in terms of transaction volume, after Bitcoin. The tweet was noticed by Charles Hoskinson, founder of Cardano, to which he responded that his brainchild is just getting started. The reply excited the blockchain community, getting over 8,000 likes and 1,200 retweets.