Denys Serhiichuk
??The market is facing stagnation. Our price analysis explains whether it is a signal to stay aside or a chance to accumulate one’s position?? 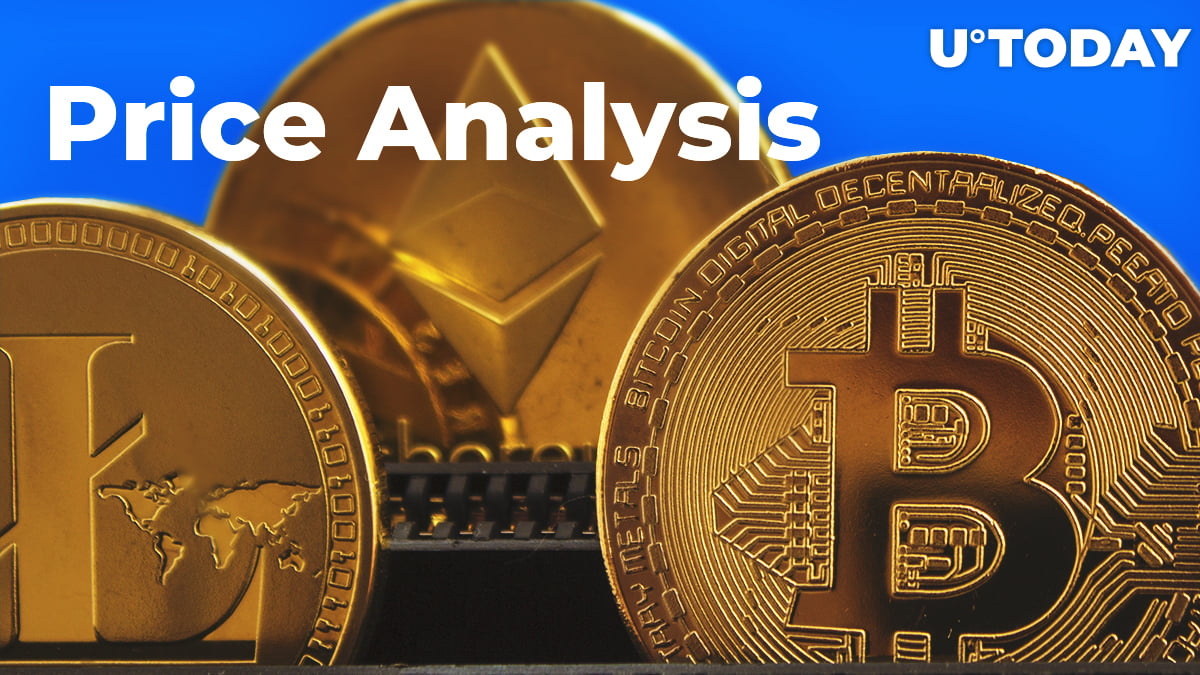 The cryptocurrency market has almost not changed since yesterday; the rates of the top 3 coins have become stuck at the previous positions, whereas Litecoin has skyrocketed by 8%.

Yesterday, Tether released USDT valued at $150 mln; however, the market did not react to this fundamental factor they way it usually does. Earlier, when new UDST coins were printed, the prices of the coins went up to new highs, but the current case is rather an exception from the rule. Currently, almost $3.3 bln USDT have been issued.

In this regard, Bitcoin’s market share has declined and now constitutes 55.3%.

The leading cryptocurrency has not followed our scenario from yesterday, and a fall to $7,400 has not happened. Currently, Bitcoin is trying to retest the $8,000 mark once again.

On the four-hour timeframe, one can see how the price is slowly going down the descending channel. At the same time, a relatively strong level of support is formed at the $7,500 mark, from which the price pushed on June 10 for the last time.

Along with falling volumes, bearish moods are aggravated by the downward slope of the MA 50, which on June 7 crossed the top down of the MA 100. For a radical change in sentiment, the price needs to be broken against the background of high trading volumes of the upper channel line, currently passing through the $8,050 mark.

However, trading activity is currently low. Also, the downward slope of moving averages (MA) indicates a high probability of falling below $7,500 over the next 24 hours. If this level of support does not stand, then the price is likely to fall below $7,000.

If for Bitcoin $8,000 is a critical level that bulls cannot reach, Ethereum is struggling to conquer its mark, which is $250.

On the hourly chart, ETH has been bullish since June 9, and there are no signals for the price drop for now. The MACD indicator confirms the buyers’ dominance on the market, as well as the amount of trading volume, which remains at its previous positions.

In this case, Ethereum might reach $250 and even surpass this mark until June 15.

If earlier Litecoin was fighting against EOS for the 5th place in the global cryptocurrency ranking, today it is the 4th most popular coin, having left behind Bitcoin Cash. Earlier we predicted that LTC is supposed to be corrected after a sharp price rise; however, the “digital silver” has denied such a scenario and set a new ATH for 2019, having reached almost $140.

In terms of the technical analysis, Litecoin is forming the Head and Shoulders pattern. In this case, the price is likely to fall to the orange zone at $125-$130 shortly. Thus, the RSI indicator also confirms the possible price drop in the short-term scenario, located on the verge of the overbought zone.